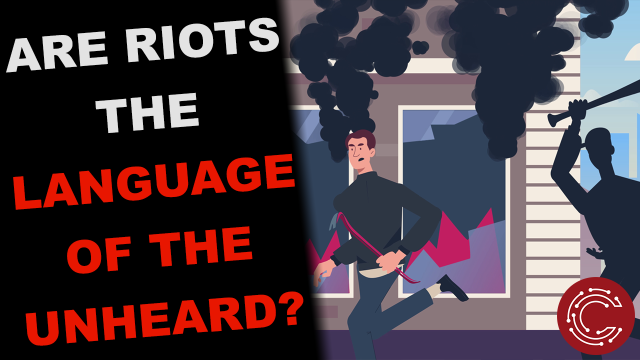 Whenever a riot breaks out in America you are likely to hear the Martin Luther King’s quote “a riot is the language of the unheard.” Many have taken his quote out of context to justify rioting. But what did he actually mean?

In reality, King repeatedly and explicitly condemned riots, both on strategic and on moral grounds: “Riots are social destructive and self-defeating. . . . [V]iolence will only create more social problems than they will solve.”