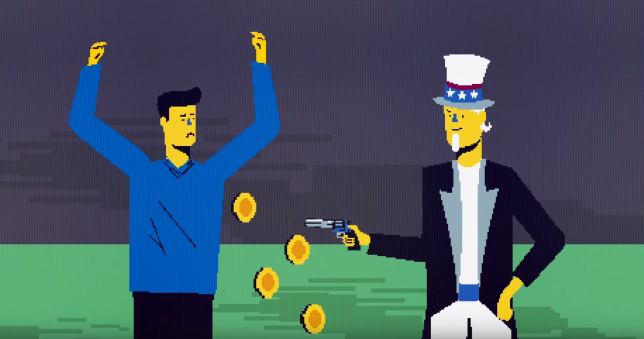 What are the biggest barriers to a freer, more dynamic, and more prosperous society?

The obvious answer, in many cases, is “government,” particularly in those countries where the government spends more time stealing from the people than providing goods and services. But there is another, more insidious barrier to a freer society: the lack of imagination. When people can’t imagine how something could work without the government, they can’t and won’t demand it.

There are many reasons that people can’t imagine how, say, schools would work without government, but the biggest reason is government itself. The government is not just an institution that provides us with roads, police protection, courts, and other services; it also shapes and reforms the world around us. In the process, it creates a new “reality” that many people come to believe is not only desirable, but inevitable.

I call this world “the statrix.”

The statrix is our world. No, we certainly don’t live in a dystopian nightmare. But we do live in a world that has been reshaped by government action. Where that government footprint is strongest is usually where people have the hardest time imaging how it could be otherwise.

In 1989, Yeltsin visited a grocery store in Texas. He had already been taken on a tour of mission control at the Johnson Space Center, but it was this grocery store that truly blew his mind. He was familiar with space travel, but, to him, the common grocery store was truly science fiction. Yeltsin wandered the aisles, shaking his head in amazement. He asked the store manager if he needed a special education to run the store. He marveled at the free samples.

Later, Yeltsin was said to have held his head in his hands asking “what have they done to our poor people?” In his autobiography, he wrote poignantly about how the visit affected him: “When I saw those shelves crammed with hundreds, thousands of cans, cartons, and goods of every possible sort, for the first time I felt quite frankly sick with despair for the Soviet people.” Soon after he returned to the Soviet Union, Yeltsin quit the Communist Party and became a reformer.

Like the character Neo in The Matrix, Yeltsin had a “red pill” moment. Something he thought was impossible without government was displayed right before his eyes. His view of reality changed. Moreover, from the 1950s to the 1980s, thousands of Soviet citizens who were allowed to visit the U.S. had similar red pill moments. According to a longtime State Department interpreter:

Their minds were blown by being here. They could not believe there could be such abundance and comfort. Many of them would even disparage things here. “Excess, who needs it,” they would say. However, you could see that they did not believe what they were saying. When they returned home, in their own minds and in the privacy of their own trusted little circle of family and friends, they would tell the truth to themselves or to others.

In the grocery store, Yeltsin figured out what would happen if the Soviet people knew about American abundance: “there would be a revolution.”

But it’s too easy to point this out about highly repressive governments like the Soviet Union and North Korea. If you beat a man and force him to live in a cave, of course the light will hurt his eyes if he ever gets free. What does this have to do with a free country like America?

A lot, unfortunately—but in more subtle and difficult to understand ways. Rather than outright prohibiting freedom and innovation and then sending those who don’t comply to the gulags, governments in free countries reshape the world in more inconspicuous ways. They don’t outright ban (usually); they crowd out. They don’t force with a gun (usually); they provide incentives. In the end, however, the effect is largely the same: the world is reshaped and people look around and think, “this is normal, inevitable.”

There are seven steps to how the government reshapes the world. These steps can occur in a variety of areas, from transportation, to education, to health care, and to the drug war. In order to adequately understand the effects of state policy on the world around us, we need to understand these steps.

Through these seven steps, the government has radically reshaped many parts of our world, and that reshaping is often so complete that people can’t imagine how it could be otherwise. The challenge, therefore, is to show how the world could be otherwise.

On that front, thankfully, there has never been a more opportune time to disrupt the statrix.

Uber is a perfect example. The Cato Institute, my employer, could have devoted all its efforts for the past 40 years to exposing taxi-cab cartels, and we would have raised less awareness than Uber did in 6 months of operation. Taxi-cab cartels, controlled through the famous “medallion” system used by cities all over the world, follow the statrix model perfectly.

Taxis need to be regulated for safety (concept); so we implement a strict licensing system with force (implementation).

Companies and drivers reorganize around the new licensing system (reorganization); and competitors are put out of business (crowding out).

Taxi cab unions and business work with politicians and bureaucrats to maintain the system (collusion); but, in the end, taxi cabs are pretty horrible (inadequacy).

Yet when a company tries to come up with alternatives—such as Uber or jitney cabs—the government tries to, or does, prohibit them.

Think about the first time you used an Uber. Think about how amazed you were at the simplicity, at the convenience, at the obviousness of it all. You may have thought, “how is this possible? Is this legal? Why didn’t this exist before?” Just like Boris Yeltsin in 1989, you had a red pill moment.

And we need many more red pill moments—in education, in health care, in food and drug regulation, in so many things—if we’re going to create a freer society. Think tanks and advocacy organizations can produce endless studies, essays, and op-eds, and those few who take the time to read them might be convinced. But very few people intellectually engage with policy discussions on anything but the most cursory level. Freedom needs to be seen and experienced, not just imagined.

The statrix must be exposed.