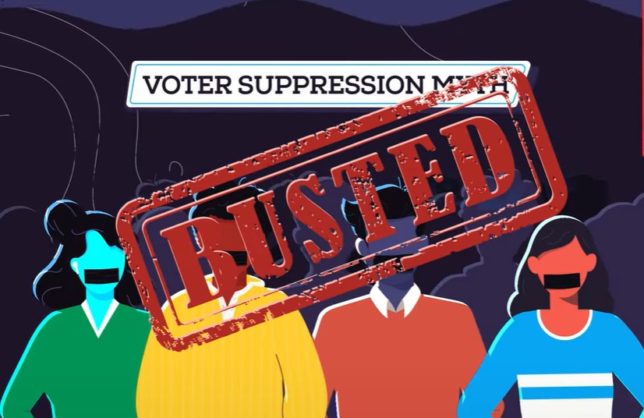 Following the 2018 primaries in Georgia, rising Democratic star and failed gubernatorial candidate Stacey Abrams began insisting voter suppression was at fault for her loss to now Governor Brian Kemp (R). With help from left-leaning media, that narrative grew until it culminated in 2020 following concerns about election integrity in the presidential contest and the passage of voter reform legislation in the state.

Abrams and other left-progressives insisted the Georgia election integrity law would disenfranchise voters and suppress votes. They, along with large businesses based in the state, helped facilitate the yanking of MLB’s All-Star game in protest of the new law, harming black-owned businesses in the process.

But were they right? Comparing Honest Elections Project data gathered two years later in the 2022 primaries to the original 2018 data yields very interesting results that Abrams and other Democrats have yet to explain.