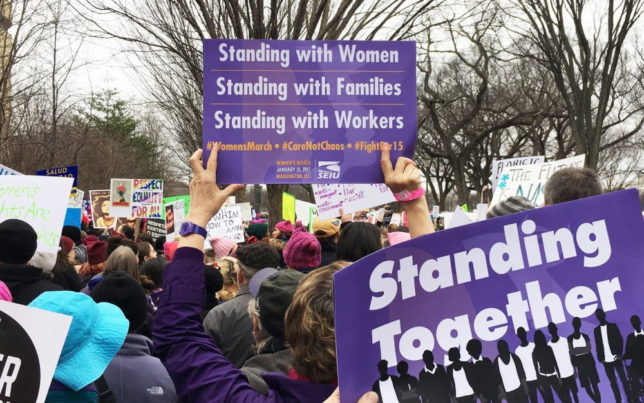 Whether or not conservatives should reconsider their longstanding skepticism of organized labor may come down to how they view contemporary unionism. The ideologically heterodox journal Compact presents conservatives, in a piece written by trade unionist A.B. Crowder, with two views from which to choose: Does organized labor as a whole look more like the institution that unsuccessfully fought a grievance on behalf of a worker fired for language ruled “problematic”  or more like the Minneapolis Federation of Teachers, which negotiated a contract provision that biased protection to protect teachers from “underrepresented” demographics from being laid off.

Crowder suggests that the former, arguably the more noble of the two, is the true framework through which conservatives should view unions, but there is little evidence beyond his anecdote to support that conclusion. Organized labor aligns with the broader left-wing agenda under an ideological framework known as “social justice unionism,” and that isn’t the “social justice” of a 19th-century Papal encyclical. It is rather that of the contemporary social-liberal left, which takes positions on issues ranging from critical race theory to abortion to the promotion of synthetic sexual identities. Labor unions big and small almost uniformly line up in a shield wall espousing the same view alongside their woke brethren in Big Philanthropy, Big Tech, and the Democratic Party.

Need reminders? The political committee of the California Teachers Association, that state’s powerful teachers’ union, spent $3.5 million in support of a campaign backed by Big Philanthropy and Big Tech that attempted to overturn California’s ban on affirmative action in 2020. Liz Shuler, Mary Kay Henry, and Sara Nelson, heads of the AFL-CIO, SEIU, and Association of Flight Attendants-CWA, respectively, denounced the possibility that the national right to abortion under Roe v. Wade might be overturned. And Shuler praised the “Team Trans” walk-out at Netflix that targeted Dave Chappelle for making anodyne jokes about transgender people. These are strong positions taken by unions.

But the real problem, and the core of the error made by Crowder and the pro-union faction of the Right, is their belief they can restructure how American labor unions have been structured for at least the past 80 years. American labor unions conduct what labor policy wonks call “exclusive monopoly enterprise bargaining.” Each of the first three words describes an important structural feature of union organization, finance, and membership that makes American unions what they are. And labor union–friendly conservatives seem to think this integral part of how unions work can be easily separated from the parts of labor unionism they’d like to retain.

American unions are exclusive in that under the National Labor Relations Act a union that is recognized as a bargaining agent is the sole union in a workplace. There is no competition between employee representatives. In practice, an exclusive union will demand a monopoly contract that covers all workers; this gives the union additional bargaining power and is a major benefit to the union that more than compensates it for representing nonmembers. Finally, most unions negotiate contracts at the enterprise level, with a single firm or corporation.

Taken together, and alongside union management of pension funds, this makes union administration big business—but not big enough to place it in the hands of the ideologically disinterested. The people who run labor unions from top to bottom are ideological, multi-issue, left-wing activists, in part because working for a labor union is a key resume builder to rise on the political left. To cite just one example, Patrick Gaspard, the former director of George Soros’s philanthropic foundations and now head of the Democratic establishment-aligned think tank Center for American Progress, was previously the top political operative of the New York health care workers union, 1199SEIU.

The other benefit is access to an institution and a pot of money that can be used to lobby and pressure for a wider liberal agenda, both in contract negotiations and public policy. Even Jennifer Rubin, the Washington Post’s formerly Republican-aligned commentator who now appears to channel Biden White House Chief of Staff Ron Klain in her public political pontificating, can see the advantage: She suggested unions’ demands for employer-subsidized out-of-state travel for abortions might lead employers to become “somewhat more inclined to support candidates who support in-state abortion care.”

Discarding exclusive monopoly enterprise bargaining, as many labor conservatives propose, cannot by itself displace the labor institutions that already exist. Europe’s experience is illustrative here: Works councils, despite being formally independent of labor unions, are frequently and widely governed by slates of councilors backed by unions. There’s a reason California and the SEIU pushed a sectoral bargaining bill for that state’s restaurant industry: It gives even more authority to organized labor institutions that back California’s ruling left-Democratic regime.

Conservative workers have no reason to trust organized labor as it exists. Labor unions’ political committees support Democratic candidates by ratios of nine to one over Republicans. Labor unions are staffed by left-wing ideological cadres even by the standards of the professional-managerial class. And labor unions use their funds to support the left-wing ideological infrastructure of which they are a key part. Before conservatives drop their well-earned skepticism of the union movement, they should see at least some change from the other side first.