This week I’m giving our faithful blog-readers some insight into various aspects of deception and/or Big Government, as noted in comments I posted on Facebook.

► A friend posted this picture: 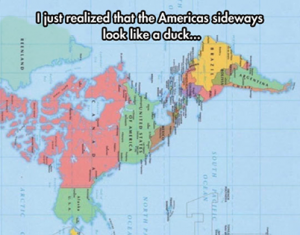 [My response, focusing on how our perception of images and ideas depends on perspective:] Try this: Take one of those beautiful “birth of stars” pictures from NASA, and turn it upside down (there is no “up” in deep space) and change the color scheme (which is artificial and computer-generated), and you can make it look kinda disgusting. In other words, the awesome beauty is there because someone put it there. 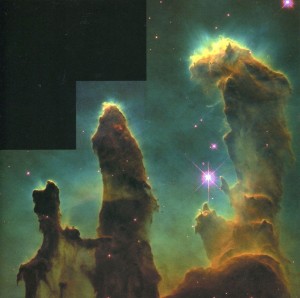 ► A friend linked to this article: http://wattsupwiththat.com/2014/08/31/does-antarctic-sea-ice-growth-negate-global-warming-theory/

…which led to this exchange:

[name redacted: Let’s call him “Bob”]  It is amazing to me that people whose main interest in life is politics, who have little interest or background in science, should be such experts on scientific matters because of scattered articles that seem to support their contrarian views. We Americans just can’t stop being know-it-alls, especially the most ignorant of us.

[Me:] Given the record of the “scientific community” in support of white supremacy and eugenics and the Population Bomb concept (resulting in China’s murderous one-child policy), and its support for the species collapse idea and Nuclear Winter and action-reaction arms control theory and homosexuality-as-a-psychological-disorder and spinach-as-rich-in-iron and canals on Mars and phrenology and scurvy-caused-by-bad-hygiene and ulcers-caused-by-stress, along with the “impossibility” of missile defense and of biological weapons and of the survival of 24-week fetuses and of continental drift, and its belief in SETI (based in part on a failure to understand math), you might think that the utter collapse of Global Warming theory would put an end to people trying to justify their extremist political positions (e.g., the War on Coal) with half-baked or fake “science.” But don’t worry. They’ll never run out of [baloney].

[Bob:] SJA: you might have added fusion energy. Your idea of science and mine differ. Science is self-correcting; lots of s**t is proposed, only the good stuff survives. And, yes, sometimes too long. The alternate to science is eternal truths everywhere, including that humankind need never worry about over-population or the end of fossil fuels or the harmlessness of spewing poisons into the air.

[Me:] I’m a big fan of science — hence my PhD — but real science, not the stuff that is produced when groups of scientists become political activists. From scientists’ support for Prohibition (in part based on the scientific “fact” that drinking can cause you to spontaneously ignite in blue flame) to their liking for Hitler (the political arm of the top “science” organization in the U.S., the AAAS, backed Hitler during the Molotov-Ribbentrop Pact) to Global Warming, there is not a single example of scientist-activists being correct about any controversial political issue. (If you’ve got one, please let me know.) Yes, science is self-correcting, but politics isn’t subject to the scientific method; you can’t replicate the New Deal experiment, for example, to determine whether FDR made the correct policy choices. And even when the scientist-activists are eventually proven wrong, it’s often after many millions of people have suffered or died. (The DDT ban, based on fake “science” — and still supported today by environmentalists long after all real scientists acknowledged the mistake — has alone killed millions.) Currently, governments are spending more money to promote Global Warming theory and subsidize “green energy” scams than the _combined incomes of the world’s billion poorest people_, and married-to-a-billionaire John Kerry is urging Africans not to expand their farmland because it will increase carbon dioxide emissions (harmless carbon dioxide — the stuff we exhale — NOT “carbon pollution,” as he ignorantly calls it). When it comes to taking away the jobs of Kentucky coal miners while subsidizing the President’s campaign contributors’ “green” projects, or killing Africans or Indians or Chinese or trapping them in abject poverty so a bunch of Whole Foods one-percenters can feel good about themselves — count me out.

[Bob:] I wonder if you think the same about the controversial political issue, Darwinian evolution.

[Me:] As a believer in evolutionary biology, I find it funny that people cite Darwinian evolution as an example of the scientist-activists being proven right. Actually, they screwed that one up, too, using Darwinism to justify racism and eugenics and putting forth lots of other nonsense. … The textbook that the ACLU defended in the Scopes case — A Civic Biology — promoted white supremacy and the idea that disabled people are an unnecessary burden on society. (I have a copy that was used in that Tennessee county at that time.) In fact, the version of Darwinian evolution that was taught in schools based on the “scientific consensus” has turned out to be wrong in one important aspect after another. Evolution isn’t gradual and steady, as I was taught in school; it moves in fits and starts. Life doesn’t always evolve toward increasing complexity, as I was taught. So-called Haeckelian recapitulation (“Ontogeny recapitulates phylogeny”)—that is, the idea that embryonic development shows the path of evolution—has also turned out to be wrong. (Carl Sagan was still citing it as proof of evolutionary theory decades after biologists deemed it a hoax.) The Miller-Urey experiment showing how life could have arisen from chemicals in the primordial atmosphere was mostly wrong. Those moths that turned dark because of pollution darkening the barks of trees—the pictures were fakes, and any moths that “turned dark” turned right back after the pollution was reduced; no new species were created. The genetic code, it turns out, isn’t like a blueprint; it engages in a complex dance with the world around an organism. “Junk” DNA is important, not junk. And, contrary to what I was taught in school, evolutionary science doesn’t prove that some races of people are superior to others. … As I said, I believe in evolutionary biology. But, as a supporter of real science, I encourage people to challenge the accepted view on every aspect of science.

…and it went on from there.

► A friend posted this “meme” ridiculing the anti-vaccine campaign: 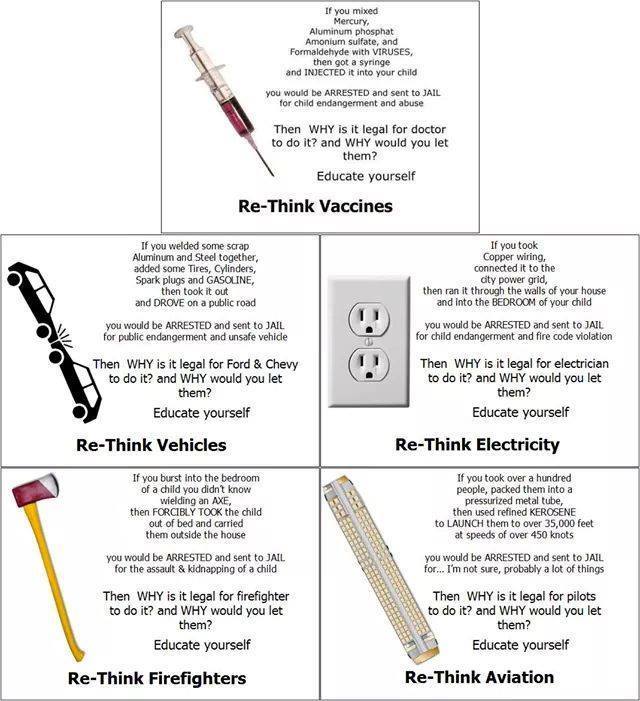 [Me:] Of course, ALL of these things (well, maybe not the axe wielded by a firefighter) would have been prohibited by politicians and bureaucrats if they had had the powers they do today.

► Not a joke: The Left is actually trying to repeal the First Amendment. A left-wing friend posted a link to the effort to overturn Citizens United, which, in effect, allows people to criticize politicians.

[Me:] Corporations don’t have a right to freedom of speech or of the press, according to an editorial I read that was published by The New York Times Co., Inc.

►A friend posted this: 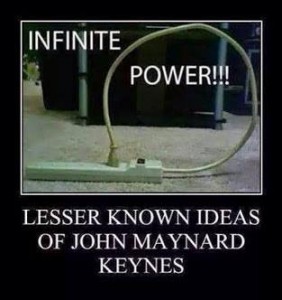 [Me:] Keynesianism in a nutshell. Emphasis on “nut.”

► A friend posted this: 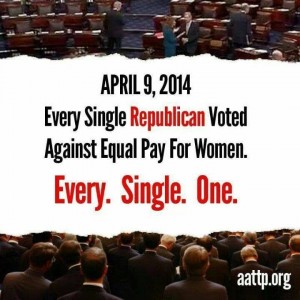 [Me:] Living in Washington, DC, the homebase for extremism in America, I get this kind of nonsense all the time. The other day, I met an attractive woman at a social event and struck up a conversation with her, and she said that she had just come from an event where she protested (get ready!) Republicans’ efforts to ban birth control! As you can see from the link below, this insanity is put forth by journalists.   http://www.mrc.org/biasalerts/bloombergs-jeanne-cummings-claims-gop-wants-take-away-birth-control

► A friend posted this: 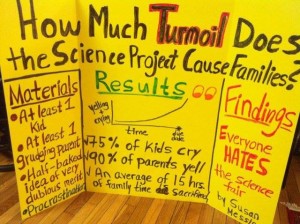 [Me:] The scientific consensus.