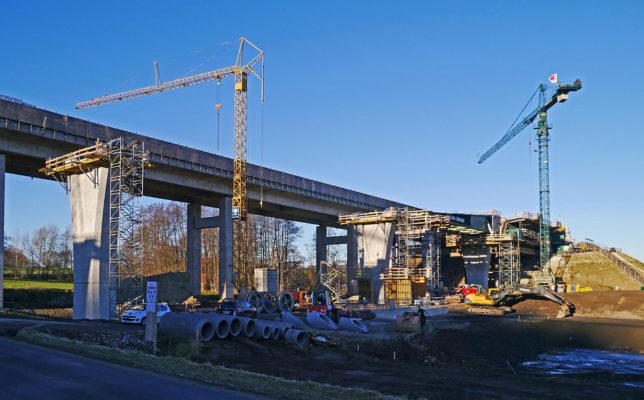 Capital Research Center gratefully acknowledges the assistance provided by OpenTheBooks.com in compiling federal grant data for fiscal year 2017, which provided the impetus for this research. This piece is the third in an occasional series exploring the funding of nonprofit organizations by the federal government.

Whether Americans live in densely populated urban centers, in smaller suburban towns, or in rural areas where the nearest neighbor is miles away, is largely the result of personal choices. But an eco-conscious nonprofit called Smart Growth America would prefer if Americans chose to live in metropolitan areas where public transportation and urbanization meant people didn’t need to own or drive their own vehicles; such a society would be less damaging to the environment. Curiously, Smart Growth America is one of the relatively few nonprofit organizations receiving government money through the Department of Transportation.

The U.S. Department of Transportation is not a major funder of nonprofit organizations. Capital Research Center’s examination of FY2017 grant data provided by OpenTheBooks.com as well as data from USAspending.gov revealed that the large majority of the Department’s grantmaking goes to state and local government authorities. Many of the nonprofits that do receive grant money are colleges and universities, for example, through the University Transportation Centers Program. This fact, and the relatively non-partisan concept of funding transportation infrastructure, makes grants made to nonprofits espousing a political message an object of particular interest. This is especially true when that message appears to run counter to one of the very core purposes of the Department of Transportation—federal highway funding.

Operating as a 501(c)(3) nonprofit, Smart Growth America represents a coalition of like-minded organizations that argue that the proliferation of car-focused transportation infrastructure, such as roads and highways, has driven an over-supply of suburban housing. They allege that this has led to a host of problems, from social to environmental. Instead, the group favors higher-density, mixed-use development with a focus on pedestrianism and public transportation. These aren’t in themselves bad ideas; they can create wonderful communities in which people can live. The problem lies not in Smart Growth America’s support for this approach, but in the way it tries to delegitimize other transportation and housing choices Americans might make and the broader progressive agenda it simultaneously advances.

Some examples of the group’s comments on specific issues can best-illustrate their views:

The common denominator across all of these views is a top-down, urban-centric approach to development that prioritizes a particular lifestyle regardless of Americans’ individual choices.

Smart Growth America is mostly funded by private sources. The Surdna Foundation, which provided seed money to help found the group in 1999, has remained a consistent grantor. Recent tax filings show that Surdna money accounted for more than 10 percent of the organization’s total revenue from 2014-2016 and remained robust in 2017. The Surdna connection goes deeper than that, however. Smart Growth America was founded in 2000 by Don Chen, who led the organization until 2008. After a ten-year stint at the Ford Foundation, Chen was named the new President of the Surdna Foundation in 2018. Surdna, it should also be noted, has been the subject of growing controversy over whether the leftward shift in its grantmaking is running afoul of founder John E. Andrus’s intent for his foundation. Other large foundations that have given millions to Smart Growth America over the years include Rockefeller, Ford, and Kresge, all of which are noted funders of left-of-center groups.

These funding streams, while revealing, are perhaps not unexpected given the broad ideological alignment of these foundations with Smart Growth America. What is more notable is the sizable portion of Smart Growth America’s budget that comes from public sources. A review of its IRS Form 990 for 2017 indicates that just under 23 percent of the organization’s total receipts that year came from government grants. According to USAspending.gov, Smart Growth America received over $2.6 million from the federal government in FY2017, with over 75 percent of that coming from the Department of Transportation. That was a particularly lucrative year, however, and while in 2015 the Department of Transportation also accounted for a similar percentage of the organization’s federal funding, in other years the largest source of grant money to Smart Growth has been the Environmental Protection Agency. Whatever the particular source in a given year, all of it is public taxpayer money.

The ties between Smart Growth America and the progressive Left go deeper than funding, though. One of several projects operated by the group, the State Smart Transportation Initiative, is actually a partnership with the Center on Wisconsin Strategy (COWS) at the University of Wisconsin. COWS is headed by Joel Rogers, a professor who is also a member of the State Smart Transportation Initiative Executive Committee. The Center on Wisconsin Strategy and Rogers have played an important role in the creation and leadership of numerous progressive organizations, including the Apollo Alliance (which subsequently merged into the BlueGreen Alliance), the Economic Analysis and Research Network, the State Innovation Exchange, the Working Families Party, and the Emerald Cities Collaborative. All of these groups fit within the broader environmental/labor paradigm that serves as the ideological underpinning of proposals like the much-criticized Green New Deal, which itself reads like a manifesto for the far-left. Likewise, Smart Growth America appears to support the Green New Deal, but expresses concern that it doesn’t go far enough to “address the places Americans live” according to this article from Slate. One might question whether taxpayer dollars are appropriately being allocated to an organization that supports such direct meddling into Americans’ choice of lifestyle.

In the end, the most fundamental issue here is one of personal freedom. A recent Pew Research poll asked respondents what the “American Dream” meant to them, and over 90 percent answered that home ownership was essential or important to their conception of it. The top result, with 99 percent of respondents stating that it was essential or important, was “freedom of choice in how to live.” Since the partisanship of those polled did not factor meaningfully into these views, the logical conclusion is that it is important to the vast majority of Americans that they have freedom of choice in how to fulfill their dream of home ownership. Urban high-density, mixed-use developments like those championed by Smart Growth America are the dreams of some, while quiet single-family homes in the suburbs are the dreams of others. It should be a personal choice informed by individual preferences and circumstances, not high-level societal engineering. In any case, the government has no business promoting one over the other.

Groups like Smart Growth America can make important contributions to Americans’ freedom of choice by dedicating themselves to improving some available options, such as public transportation or high-density development. Doing so, however, should not devolve into a zero-sum campaign against other options.