“To Encourage the Others”: Making an Example of the NSBA

Mais dans ce pays-ci il est bon de tuer de temps en temps un amiral pour encourager les autres. (But in this country, it is good to kill an admiral from time to time to encourage the others.) —Voltaire, in Candide 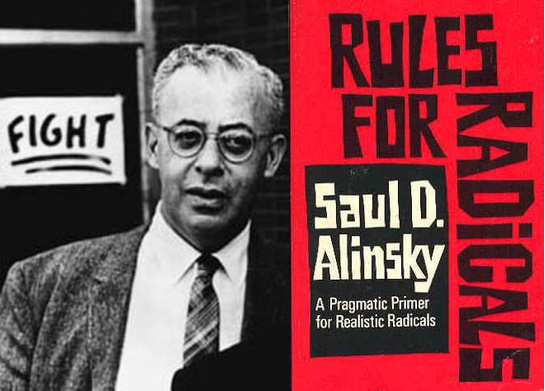 The National School Boards Association (NSBA) messed up big time. It sent a letter to the Biden administration calling on the Justice Department to investigate protesting parents under the PATRIOT Act, among other federal anti-terrorism laws.

In so doing, the erstwhile representative national association of school board officials exacerbated existing internal disputes over its internal governance, some of which we discussed with the Ohio School Boards Association on the InfluenceWatch Podcast. At the same time, it drew unprecedented scrutiny from opponents of totalitarian COVID restrictions on low-risk children, opponents of left-progressive gender ideology, and opponents of ideologically charged teaching inspired by critical race theory.

That pushback has had consequences. As of writing, activist Corey DeAngelis tallies 18 state associations (including Ohio) that have disaffiliated or ceased paying dues to NSBA, with an additional nine having informally distanced themselves from the national group’s actions.

The decline in revenue has other consequences, as Axios reports:

The controversy “has weakened a national voice for public education,” wrote Steve Gallon III, a Miami-Dade County school board member and chair of NSBA’s Council of Urban Boards of Education, in an email to NSBA leadership last month.

It “has caused further devastation to the already dangerously fragile financial position of NSBA in the loss of revenue in the millions” and “abated coordinated, national efforts around issues of educational equity,” Gallon wrote.

Translated from Left-wing bureaucratese, the mass exodos from the group has holed a teachers union–funded advocacy group below the waterline and has stalled a national push for critical race theory and similar left-wing ideologies. (Using “equity,” as opposed to “equality” or “equal opportunity,” is a tell that the speaker is influenced by or espousing critical race theory.)

To Kill an Admiral

That takes one back to the famous line from Candide, in which the horrified Voltaire satirizes the execution of the British Admiral John Byng for “failure to do his utmost” at the Battle of Minorca in the Seven Years’ War. While it cannot be proven that Byng was shot as a warning to his colleagues as Voltaire’s character suggests, if that were King George II’s goal in denying the clemency Byng’s court-martial recommended, one would find it hard to deny that the strategy worked. The British prevailed in the Seven Years’ War, and the Royal Navy, with the fortunate interlude of the American War of Independence, would rule the waves until the middle of the Second World War in no small thanks to the aggression and ruthlessness it inculcated in commanders like Lord Horatio Nelson.

Whether or not the king and Royal Navy brass meant to send Voltaire’s message, it was received. (Historians, who largely believe Byng was unjustly punished, have speculated that political pressures from the king, disputes between the king and prime minister, and public dismay with the war’s progress drove the decision.)

And there is a lesson here for those who see the threat of “woke” politicization in institutions. One must kill the occasional admiral—in this case, defund the National School Boards Association enough to cripple it—to encourage the others.

The Left learned this lesson long ago. Saul Alinsky’s Rule 13 (“Pick the target, freeze it, personalize it, and polarize it”) operates on the pour encourager les autres principle. In short, unless the target wants the Alinsky playbook run against it, it must concede; many do.

What the National School Boards Association fracas shows that others, not just the Left, can wield this weapon. When the conservative movement mobilized in force, it ran Rule 13 on the National School Boards Association and exploited the weaknesses already within the institution. Those who want to resist institutional capture must learn how to exploit the power of pain. Crippling NSBA’s advocacy should be only the beginning.