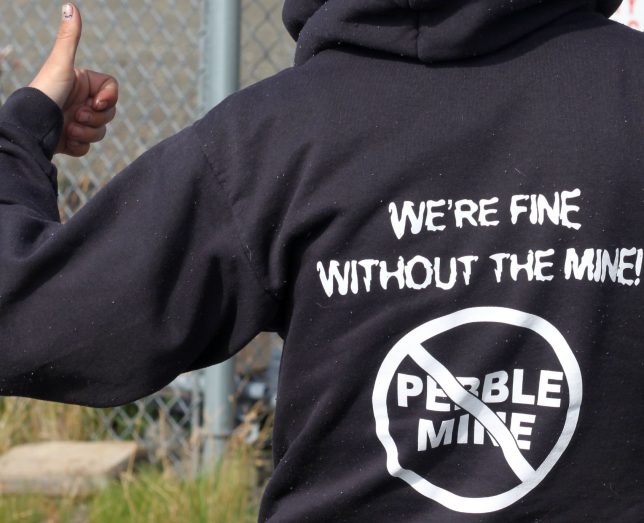 The Bristol Bay Watershed Assessment evaluates a “hypothetical mine” of EPA’s own design. Specifically, EPA’s “hypothetical mine” does not incorporate modern engineering design and environmental safeguards that are standard at mining projects designed and built in the United States in the 21st century. For example, EPA’s “hypothetical mine” ignores engineered seepage control features at the downstream edge of its tailings storage facility or waste rock piles. As a result, the BBWA presumes that 100% of “leachate” (surface and groundwater drainage from the mine) at the downstream toe of tailings embankments and 50% of leachate associated with waste rock piles outside of the pit drawdown zone will be lost to the environment, resulting in significant downstream water quality impacts.

Not only are seepage control systems routinely employed at modern mines to achieve downstream water quality objectives, but the absence of such engineered features and associated leachate losses would make EPA’s “hypothetical mine” unpermitable anywhere in the U.S. That EPA would seek to predict Pebble’s future impact on downstream water quality based on an unrealistic and unpermitable model truly distorts the scientific process.

EPA’s assessment of the impact a future mine at Pebble would have on downstream water flows and associated aquatic habitat are equally ill-informed. First, the BBWA under-estimates by as much as 80% the amount of water surplus to the mine’s needs that could be treated and released to augment natural flows. Second, EPA’s decisions about how surplus water should be released from its “hypothetical mine” are not only arbitrary; rather they appear designed to maximize “harm” to downstream aquatic habitat. For instance, via the BBWA, EPA releases no surplus water to the stream near Pebble where fish habitat values are highest—a decision unlikely to ever occur in the real world.

Clearly, the agency’s poor understanding of the hydrological conditions at Pebble, and its ill-informed surplus water release strategy, do not provide a sound scientific basis upon which to assess Pebble’s future potential impact on downstream aquatic habitat.

In addition, EPA’s findings for Pebble also appear to violate the U.S. Data Quality Act because the agency failed to ensure the “quality, objectivity, utility, and integrity of information” used in the BBWA. Specifically, EPA refused to consider relevant and high-quality environmental data collected by the Pebble Partnership over the course of a decade at a cost of some $150 million in preference for other, less robust data sets—including those produced by paid anti-Pebble activists. By ignoring Pebble’s ‘Environmental Baseline Document’ (EBD)—a comprehensive 27,000-page assessment of physical, chemical, biological and social conditions in the project area—BBWA authors reach generally spurious conclusions regarding the environmental effects of mineral development at Pebble that are not supported by site-specific data.

Overall, the BBWA is less comprehensive and less definitive than a typical Environmental Impact Statement completed under NEPA. It utilizes lower quality and less relevant environmental data, and less sophisticated methodologies for assessing potential environmental impacts. In addition, a properly written NEPA EIS provides for a series or suite of decisions, including a “no action” provision—whereas the BBWA is not a decision-making document.

As a result of these shortcomings, the BBWA is unable to quantify any project-related impact on local fish populations or regional fisheries. Despite the glaring absence of a credible impact assessment, however, EPA used the BBWA as the scientific basis to claim that mineral development at Pebble “will have an unacceptable adverse effect” on the fisheries resources of Bristol Bay. This led to the veto of the project under Section 404(c) of the Clean Water Act.

As previously mentioned, by EPA’s own admission, the BBWA was never intended to provide a scientific foundation for any regulatory decision-making. On more than 50 occasions, EPA has stated that the final BBWA report is insufficiently comprehensive to support a regulatory decision at Pebble.

Concerns and admissions by EPA about the BBWA are best summed up by the following statements made in EPA’s lengthy responses and FAQs regarding the Peer Review of the Bristol Bay Assessment:

In a November 4, 2015 letter to the EPA administrator, the House Oversight Committee characterized the agency’s actions regarding Pebble’s rights under NEPA as “highly questionable and lacking legal basis.” The Committee urged the administrator to “allow the project proposals to go forward under the Clean Water Act and National Environmental Policy Act (NEPA).”

Indeed, EPA’s veto of Pebble project has a deeper meaning that should disturb environmentalists much more than the proposed mine: it preempted the NEPA process itself—the “Magna Carta” of environmental laws—from being triggered to study the mining proposal in detail, as thousands of proposals have been studied over the past 45 years.

EPA appears to have issued their veto to avoid the “risk” of a possible NEPA-approved mining operation they could not countenance; the discovery process has clearly borne this out. EPA has set a very negative precedent by circumventing NEPA—which is responsible for its very existence.

In reality, NEPA applies whenever a proposed activity or action:

Is proposed on federal lands, or

Requires passage across federal lands, or

Will be funded in part or in whole by federal money, or

Will affect the air or water quality that is regulated by federal law. 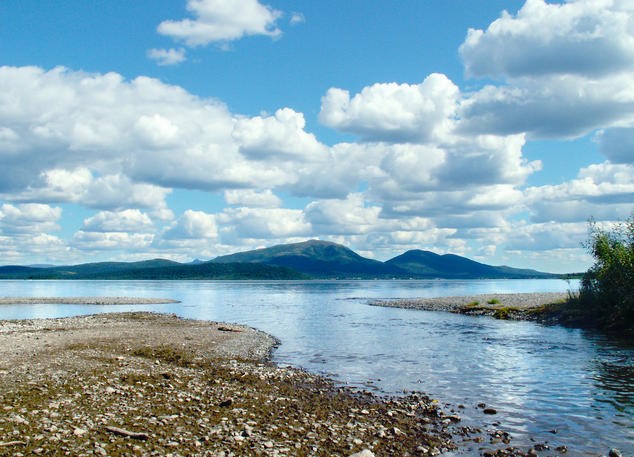 When any one of these four conditions are present, the federal agency with the greatest expertise, regulatory authority and capacity to manage the NEPA process becomes the lead agency for that project. The EPA ostensibly would be the lead agency for a future Pebble EIS. But the Pebble mine is a high-stakes game. According to the American Resources Policy Network’s President, in testimony before the House Oversight Committee:

Pebble is the largest potential copper mine in the United States. However, as a matter of public policy, Pebble should be treated no differently than any other potential resource project under the Federal permitting process established by the NEPA. EPA’s Bristol Bay Watershed Assessment prior to Pebble seeking a single permit creates a chilling effect on investment in U.S. resource extraction. A preemptive permit denial based on the assessment could deprive America of reliable sources of critical metals responsibly extracted under American regulations. Every issue raised in the assessment could be reviewed within the existing NEPA process. There is no issue that requires a new pre-permitting process with the power to prevent a proposed project from entering NEPA.

Concerns about EPA side-stepping the NEPA process for the Pebble proposal are not lost on other participating agencies, such as the venerable U.S. Geological Survey (USGS). One of their scientist contributors to the BBWA stated the following:

. . . [T]he thing that has always bothered me about the assessment (BBWA) is that there is a mechanism in place to review mine permit applications (the NEPA process). The process was created by EPA, yet the decision was made by EPA to short-circuit their own process and explore a 404(c) veto action.

From my perspective, Northern Dynasty and the Pebble Limited Partnership acted in good faith and went well beyond what would be considered standard practice for a mine permitting exercise anywhere in the United States or in the world. I took their extraordinary effort to reflect their appreciation of the sensitivity of the environment where they are working.

The NEPA process seemed to be working perfectly fine at Pebble and I see no reason why the NEPA process should not be allowed to render a final verdict rather than having this other path bar it.

Because of the irregularities noted above, a district court judge in May 2014 issued a preliminary injunction against any further efforts by EPA to deny Pebble its due process rights to develop and submit a permit application. This action indicates that Pebble has a better than even chance of prevailing in court against the EPA.

Based on congressional inquiries and political pressure, the EPA decided to conduct an internal review regarding their own conduct during the BBWA process. The EPA charged their agency with determining whether they had conducted the BBWA in a biased manner, predetermined the outcome, and followed policies and proper procedures for ecological risk assessment, peer review, and information quality. Naturally, they found themselves innocent of all charges. Based on available information, the EPA Office of the Inspector General claimed to have found no hard evidence of bias in how the agency conducted its assessment; nor had they found that any BBWA team members predetermined the assessment outcome.

On January 13, 2016 EPA published its findings. The agency discussed how it conducted the assessment in the three primary phases discussed in their own ecological risk assessment guidelines. The review indicated that EPA’s work on the assessment met requirements for peer review; provided for public involvement throughout the peer review process; and followed procedures for reviewing and verifying the quality of information in the assessment before releasing it to the public.

At least that’s what EPA maintained.

In the last installment of “Gold Into Dross,” we cover the investigation into the EPA’s predetermined veto of Pebble Mine, and how it colluded with anti-mine activists to stop development in Alaska.