Things the FBI and CIA Used to Do But, Thank Goodness, Don’t Do Any More 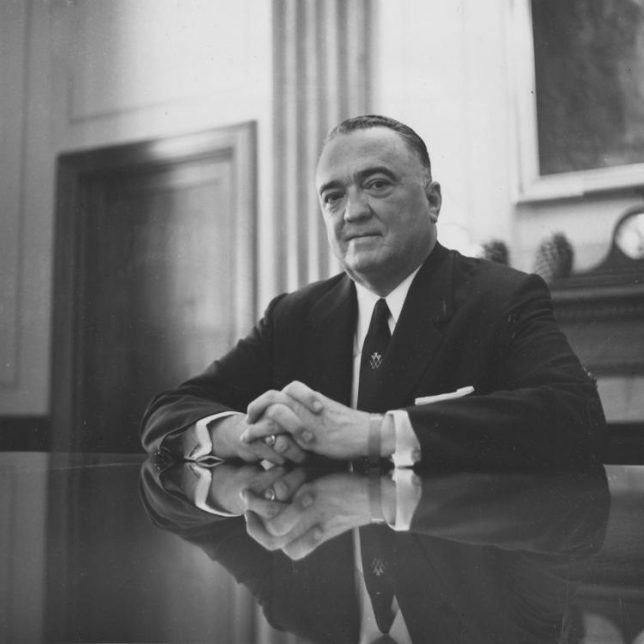 In the old days, law enforcement and intelligence agencies misbehaved.

1) CIA officer E. Howard Hunt planted spies in the 1964 Goldwater campaign. “My subordinates volunteered inside, collected advance copies of position papers and other material, and handed them over to CIA personnel,” Hunt confessed in a memoir. A Goldwater secretary provided advance copies of speeches and press releases, and a “journalist” from Continental Press news service—a CIA front—picked them up and delivered to a CIA officer assigned to the National Security Council at the White House.

John Roche, speechwriter for President Johnson, confirmed that “Somehow or other, we used to get advance texts of Senator Goldwater’s key speeches. The consequence of this was that before Goldwater had even opened his mouth, we had five speakers primed to reply. . . . All I know is that when I innocently inquired how we got them, the reply was ‘Don’t ask.’”

According to Goldwater’s communications director, reporters asked specific questions about travel plans that had been discussed only behind closed doors.

During the Nixon administration, E. Howard Hunt ran the “Plumbers” operation that attempted to bug the Democratic headquarters at the Watergate. Why? “Plumber” Eugenio Martinez: “Eduardo [codename for Hunt] told us he had information that Castro [Cuba] and other foreign governments were giving money to [Democratic nominee] McGovern, and we were going to find the evidence.”

Castro’s regime was fully funded by its Russian ally, so Russia would have been the source of any Cuban money.

Regarding journalists’ double standard—using information obtained illicitly on Goldwater, then demanding that Nixon be impeached over political spying—Goldwater said the attitude was: “If a Democrat does it, that’s cute.”

Newsweek reported that, when a congressman was caught up in scandal, Hoover “personally assured the legislator that he would be spared any publicity. . . . Such promises of protection were no doubt comforting, and indeed it was the FBI’s job to shield people from blackmail. But the mere fact that the agency had such information could have been, as Rep. John M. Slack of West Virginia put it, ‘a way of getting a congressman under a club.’”

Journalist Ron Kessler quoted William Sullivan, once the FBI’s third-ranking official: “The moment [Hoover] would get something on a senator, he’d send one of the errand boys up and advise the senator that ‘we’re in the course of an investigation, and we by chance happened to come up with this data on your daughter. But we wanted you to know this. We realize you’d want to know it.’ Well, Jesus, what does that tell the senator? From that time on, the senator’s right in his pocket.”

Once, leftist journalist Mark Ames noted, “Hoover presented some of his kompromat on JFK to Bobby Kennedy, in a concern-trollish way claiming to ‘warn’ him that the president was opening himself up to blackmail. It was really a way for Hoover to let the despised Kennedy brothers know he could destroy them, should they try to Comey him out of his FBI office.”

3) The CIA had its own method for dealing with critics. In 1965, Thomas O’Neill of the Baltimore Sun reported that “recent revelations of Central Intelligence Agency blunders and general heavy-footed operations are stirring renewed agitation on Capitol Hill for a sterner congressional scrutiny of the global activities of the agency. The tacit message of the CIA memorandum to uneasy congressmen calling for restraints: Lay off, or open yourself to suspicion as a tool of the Russian secret police.” O’Neill expressed hope that someone would stand up to the “raw intimidation implicit in the CIA’s warning against Russian dupes.”

► People from the intelligence community spied on the President’s opponents. In the most famous case of political spying, they hoped to catch the opponent colluding with a puppet of Russia.

► To get its way, the FBI used soft blackmail. An FBI official would show a politician a dossier and say, “we’re just letting you know this information is out there.”

► The CIA threatened that any politician who criticized the agency would be painted as a Russian dupe.

► British intelligence helped bring down a government by documenting the connection between a domestic political party and the Russians. The documentation was fake.

We are fortunate that, today, those sorts of things happen only in crazy conspiracy theories.