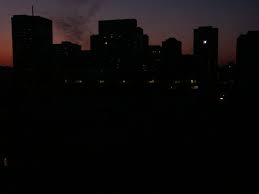 The Importance Of Reliability And The Human Factor

The traditionally understood “fossil fuel” plants (otherwise known as oil, coal, and gas plants), along with another alternative, nuclear energy plants, can be relied upon to operate 24/7, though they can be easily shut down for maintenance on a schedule determined by the owner. Nuclear plant owners usually operate the local electrical grid, which supplies electricity to its consumers, encompassing homeowners, business, industry, and government.

The operator chooses the types of plants to meet daily and seasonal variations in demand for electricity, usually based on lowest costs. The plants are usually one of four types: existing nuclear, hydroelectric, coal, and natural gas. This order roughly corresponds to operating costs from lowest to highest and also corresponds to the speed with which they can be brought up to operating capacity. Naturally, human operators control these facilities. In the U.S., petroleum (diesel) is used occasionally—for emergency back-up, or when political pressures force the closing of coal-fired power plants without available alternatives.

Typically, nuclear plants operate at over 90 percent of annual capacity, and seldom need to be shut down for maintenance. In some regions, hydro-power is seasonal and so nationally classified as “renewable,” in others it can operate year-round. Generally speaking, coal-fired plants need more maintenance and have to be shut down seasonally, when the demand for electricity is lower. Until recently, gas-fired plants have been expensive, used only when demand for electricity is greatest; this is called peak-shaving. In a few regions of the country dams have been built for peak-shaving; Pittsburg is served in this manner by Deep Creek Lake in western Maryland, which has timed water releases during the summer.

Key to all these operations, is the human factor: The supply of electricity is controlled by human operators who supply the necessary electricity based on judgment and when demanded by consumers. However, over the past few years this otherwise immutable paradigm has been changing in response to lower natural gas prices and political fads.

The Importance Of Dispatchable System Control

Power frequency remains critical to dispatchable power. Alternating current in the U.S. operates at frequency 60Hz while Europe operates at 50Hz. (This is why international travelers must use special adaptors for electrical devices.) Small changes in frequencies can have significant effects on electric motors and other equipment. Grid operators must keep the frequency of the power absolutely constant.

Unfortunately, wind and solar energies are not dispatchable—they do not always produce electricity when needed and may produce a surplus when not needed. Both dearth and surplus can be equally damaging. With thermal systems—coal-fired power plants or nuclear or hydro systems—the heat or water can be diverted so that the turbines do not produce electricity. This results in wasted heat or wasted water. But, the system is not dangerously overloaded with electricity.

In Energy Matters, Danish energy expert Paul-Frederik Bach describes the highly complex system of transmitting electricity in Europe. Bach speaks from a position of authority, having spent years working with grid issues in the Danish system which has many interconnections. What to do with surplus power when wind power over produces remains a serious problem in his view.

Unfortunately, the hope of planners for the rapid adjustment of consumption is not materializing. Until demand can be easily and rapidly adjusted, Bach sees future problems with surplus electricity, declining market prices for the surplus, and congested grids. These factors will lead to increasing prices for consumers and to the curtailment of renewable sources.

The Ultimate Failure Of Subsidies, Then Mandates

In the long, complex history of energy production, innovation, storage, and maintenance, the thorny practice of allowing the government to pick winners and losers in acceptable energy practices is doomed to failure.

If radical environmental groups succeed in their policy objectives, the current preference for offering subsidies to these renewable energy sources will eventually give way to mandates. But, for multiple reasons, those solutions will fail to deliver the growing level of energy required for optimal efficiency. If the government requires operators to deliver a given percentage generated by wind power or solar power, they will no longer get the best price for the customer, but instead will be forced to meet the demands of government. The government interference will ultimately increase costs to the consumer.

By mandating a percentage of electricity from weather-dependent facilities, politicians and government entities greatly distort markets that deliver electricity at the lowest possible cost  to consumers. The only way out of this conundrum is to regulate the sun and wind—a power reserved to the gods in Greek myths.

Wind promoters often insist offshore wind is extremely reliable—this even as it has become apparent that onshore wind is fickle. Writing in Energy Matters, Roger Andrews examines the validity of the claim for the reliability of offshore wind from the world’s “wind nation,” Denmark—a small country situated on a peninsula surrounded by offshore wind farms. Andrews finds Danish claims specious and notes that they do not consider the added costs of repair occasioned by salt water corrosion and salt spray.

Finding solid data is always a problem for such studies, but Andrews succeeded in finding a Danish database that separated onshore and offshore wind energy production for three years, from 2014 to 2016.

Andrews finds that offshore wind has a capacity factor of 43 percent as compared with onshore wind of 25 percent. He also found that when wind dies onshore, it dies offshore as well. Both require back-up. Any weekend sailor of the waters off the U.S. Eastern Seaboard can attest to the unreliability of ocean winds, particularly in August.

Given that offshore wind costs twice that of onshore, wind power washes out as not much of an energy bargain.

In November 1997, the government of the island of El Hierro, in the Canary Islands decided to power the island completely from renewables, making the island self-sustaining. In June 2002, a scheme was approved to use wind to generate electricity, with pumped hydro storage for a backup. The project was managed by Gorona del Viento El Hierro, S.A., with participation by the Island Council (60 percent), Endesa (30 percent), the Canary Islands Technological Institute (10 percent), and with a planned cost of 64.7 million euros.

Off the coast of Africa, El Hierro island seemed to be an ideal location for such a project. It rises sharply above the Atlantic Ocean, reaching 4500 feet in elevation. The Canary Islands have long been noted for their wind. In colonial times, ships from Europe sailed south to the Canary Islands to pick-up the trade winds to the New World. More recently, El Hierro got their power from imported diesel fuel—about 6,000 metric tons, equivalent to 40,000 barrels of oil.

There may have been significant confusion between the total energy the island required, as some claimed, and the far lesser amount of electricity the island required, as now claimed. That confusion aside, the system supplied more than 60 percent of the island’s electricity requirements for only two months out of a two year period—and fell far short of the energy requirements. During three of those months, the system supplied less than 20 percent of the island’s electricity requirements. On many occasions, the turbines generated little or no wind power. The entire electrical system on El Hierro is underserved by wind power and pumped storage. Among other issues, the upper water reserves needed for power when the wind fails are far too small to make up for the shortfall; keep in mind that wind fails frequently and for extended periods. The ability of wind to provide power 24/7 is always overestimated, even using the best backup system commercially available.

Recently, the government of South Australia decided to promote wind power and neglect reliable coal. During a series of severe thunderstorms, wind farms shut down to avoid damage. But the shutdown of the wind farms cascaded, and the entire grid went black. Some urban areas were without power for a few hours, some rural areas for weeks. Since the first blackout last September, there have been two more partial blackouts, in December and February. The finger pointing will continue for years.

South Australia, slightly smaller than the size of Texas and New Mexico combined, has a population of 1.7 million. One of the hardest hit facilities there was an aluminum smelter. When the smelter lost power, tons of molten aluminum froze, resulting in a stoppage of production lasting many months.

The events in South Australia illustrate the consequences of privileging wind-generated electricity: The owners of a South Australian coal-fired power plant needed subsidies to continue operating, not because their costs went up, but because they could not compete with subsidized wind. The plant closed down and was not available for backup generation during the crisis when weather-dependent providers could not supply electricity.

Here’s the big open secret of electrical generation: Weather-dependent providers always require backup when the wind’s not blowing or the sun’s not shining. In effect, these systems maintain a parasitic relationship with reliable providers.