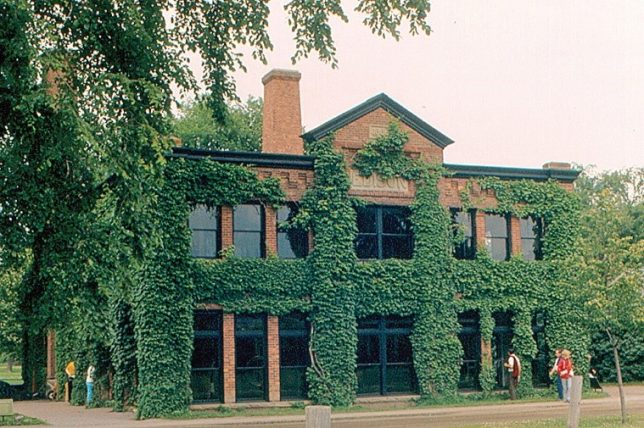 Until about 1850, wood was the primary source of energy consumed in the world, supplemented by muscle power, human and animal, and a few mills using water power. Although coal was mined for centuries, it was not until the mid-1800s that it superseded wood as mankind’s primary fuel. Because of coal’s greater heat value, it had almost completely replaced wood-derived charcoal in blast furnaces and wood in steam engines by the 1880s; it soon became the primary fuel used in the US.

Coal fueled the Industrial Revolution, freeing large parts of the country from reliance on subsistence agriculture—a way of life which caused many to suffer, with entire populations always one poor harvest away from starvation. Meanwhile, the expanded use of coal rendered perishable agricultural goods easy to ship via fast rail from rural farms to urban areas. Many towns and cities successfully fought to have a railroad stop built in their town. Animal power and commercial barges laden with goods and traveling over hand-dug canals, of critical importance for transport earlier in the century, were gradually marginalized. Meanwhile, mountain ranges, deserts, rushing rivers, and other natural obstructions no longer presented great barriers to commerce.

Although oil had been used in lamps for thousands of years (the first primitive oil wells were drilled in China in the 4th century; the first modern wells drilled in Baku, Azerbaijan, in 1848), the industry didn’t come into its own until 1859. In that year, Edwin Drake drilled his famous well in Titusville, Pennsylvania, hitting both oil and natural gas. The oil and gas industry exploded over the next few decades. Kerosene quickly replaced more expensive whale oil and smoky candles for home illumination. In 1885, Robert Bunsen created a device that harnessed natural gas, mixing it with air in the appropriate proportions that allowed it to be used safely. Oil producers and the general public quickly realized the energy of the future lay in oil and natural gas.

In 1882, Thomas Edison opened the first coal-powered commercial central power plant—the Pearl Street Station—in Manhattan. Electricity-by-wire soon transformed the world, and, thus, is considered by many historians as one of the two most important contributions to modern civilization (second only to the printing press in the 15th century). This technological innovation transformed the world over the span of a single lifetime. Competition between types of electricity transmission favored alternating current (AC) over Edison’s direct current (DC); other innovations in power generation quickly followed. Electrification became the mark of modern industrial civilization.

The energy innovations of the mid-1800s all happened without the influence of government subsidies. But then the Cold War came.

Fast forward to the 1970s. Demand for energy—specifically oil—in the developed world is at a high during the Cold War. The United States’ involvement in the Yom Kippur War antagonized the Soviet Union and led to an oil embargo by the Organization of Petroleum Exporting Countries (OPEC), resulting in a massive gas shortage.

After the turn of the millennium, policymakers again believed the country was running out of oil and gas and responded by passing the Energy Policy Act of 2005 designed to provide extensive subsidies in the form of marketable tax credits for alternative energy sources (wind and solar power) and requiring the use of biofuels in gasoline.

The federal government once showed restraint as the use of electricity expanded. It now discourages it—particularly if generated by oil, coal, and gas. Instead, the government has promoted “renewable energy” that puts humans back at the mercy of the elements.

In the next installment of  The Wind God’s New Clothes, we examine the limits of wind and solar.