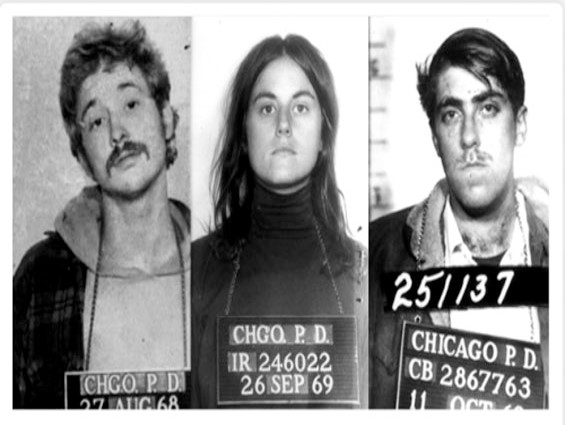 Tomorrow is the 220th anniversary of the birth of John Brown, the murderous anti-slavery zealot who was born May 9, 1800.

“John Brown! Live like him!” was the rallying cry of John “J.J.” Jacobs, author of the “Weatherman Manifesto,” a 1969 political treatise that argued for the formation of a revolutionary communist terror sect soon to be known to history as the Weather Underground. John Brown was a hero for Jacobs and the other founders of the Weathermen. In 1975, long after Jacobs had left the terrorist bombing organization, the Weather Underground published Osawatomie, a radical left magazine named for one of the military engagements in which Brown led his rebel force of radical abolitionists.

An extensive new profile of the Weather Underground is now available at InfluenceWatch.org.

In late May 1856, during a time of escalating tensions between settlers over slavery in what was then Kansas Territory, John Brown led his partisans in the capture and brutal murders of pro-slavery settlers near the Pottawatomie Creek. Later named the “Pottawatomie Massacre,” these atrocities were the first in a serious of violent engagements led by Brown that culminated in the October 1859 raid on the U.S. military arsenal in Harper’s Ferry, Virginia (later West Virginia). Brown had intended to capture weapons to use in a slave rebellion, but he was captured and hanged for treason.

Like Brown, the Weathermen were founded on the assumption that they could spark a revolution with violent attacks against the government. Unlike Brown, the Weathermen’s motivation was to overthrow the American system and impose their form of communism. The Weather Underground has been credited with 25 bombings between 1969 and 1975. Targets included police officers, the U.S. Capitol, and the Pentagon.

To date, no murders have been attributed to bombs placed by the Weather Underground, even though (at least until March 1970) killing people—including innocent people—was the stated intent of the terrorist group’s assaults. A Berkeley, California, police officer was severely wounded in a February 1970 Weatherman bombing at a local police station. The assault involved two pipe bombs timed to detonate during a shift change in order to maximize casualties. One participant later expressed disappointment that no deaths occurred in Berkeley.

Unlike John Brown, no Weather Underground members were ever prosecuted (let alone hanged) for their violent acts. Unconstitutional misconduct by the FBI forced federal prosecutors to drop the most serious charges against the members and leaders of the organization. Many of them, such as Bill Ayers and Bernardine Dohrn, later surfaced and went on to prestigious careers in academia.

For more about the history of the Weathermen, see the profile on InfluenceWatch.org.