The Romanoffs Live — in DC 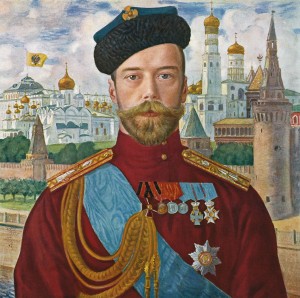 With all the czars running around Washington these days, you’d think the Russian royal family had taken over the government. As Ranjay Gulati observes in Forbes, “At current growth rates, we are likely to have a car czar, an energy czar, a financial sector czar and a health sector czar.”

The czars and czarinas are indeed popping up all over the nation’s capital.

Cass Sunstein, an obtuse law professor with no understanding of the U.S. Constitution, is expected to become regulatory czar.

Nancy Killefer, a management consultant, is to become performance czarina.

A tech czar is expected to be appointed by the incoming president.

Retired Admiral Dennis Blair will become intelligence czar. Leon Panetta has been slated to be CIA czar, or since Blair would outrank him, it might be better to refer to Panetta as any of the following: Tsarevich Leon, Prince Leon, or perhaps Grand Duke Leon.

Some would like a consumer czar to be appointed.

I can’t wait for fighting to break out among the Reds and the Whites, and then between the Bolsheviks and the Mensheviks. And who will be Rasputin?