The Return of the Bees: How The Free Market is The Greatest Force for Conservation 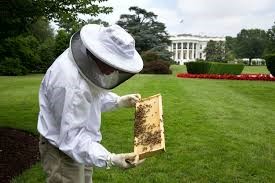 The declining bee population—the phenomenon that threw the Left into a panic less than a decade ago—has largely corrected itself through the free market.

Beginning in 2006, beekeepers reported significant declines in their honeybee hives over winter—a situation called Colony Collapse Disorder (CCD). When news spread of honeybees abandoning their hives, the media and liberal outfits quickly took advantage of the liberal fear and pity. Time called it a “bee-pocalypse” and ran a cover story in 2013 entitled “A World Without Bees.” Quartz called it “beemageddon,” while The Washington Post lamented “the uncertain future of honey.”

The doomsday alarmists were not limited to the United States. CRC reported in its September 2015 edition of Green Watch how a concerted effort on the part of European, activist journalists led to popular support for a ban on neonicotinoids which outlawed the three most widely-used pesticides. This resulted in massive crop diseases and billions of dollars lost to farmers in the European Union, with the real possibility of a decline in food production. Critics of the EU law pointed to western Canada and Australia where wide use of neonicotinoids have not led to a drop in the bee population.

The New York Times notes that roughly a third of worldwide agricultural production does depend on pollinators, but, only about six percent relies entirely on it. Humans’ primary staples do not require honeybee pollination. So, even if honeybees were to go extinct, it would be more like putting humans on a snack diet instead of starving them. Some staples such as tomatoes and beans self-fertilize, while many crops like wheat, corn, rye, nuts, and corn rely on wind for pollination. The foodstuffs that rely most heavily on pollinators can aptly be considered luxury foods, or items one might pick up at the supermarket for snack time later: raspberries, cashews, cranberries, apples, almonds and mangoes. But, even if honeybee extinction were plausible, those luxury foods would not disappear because honeybees are not the only pollinators in the wild.

In fact, when one looks at the statistics, it turns out the honeybee population has steadily risen since the initial reported decline in 2006. According to USDA statistics, the number of honey-producing colonies has remained stable for about two decades. From 2008–2015, the bee population rose nearly 13 percent after the initial CCD findings. 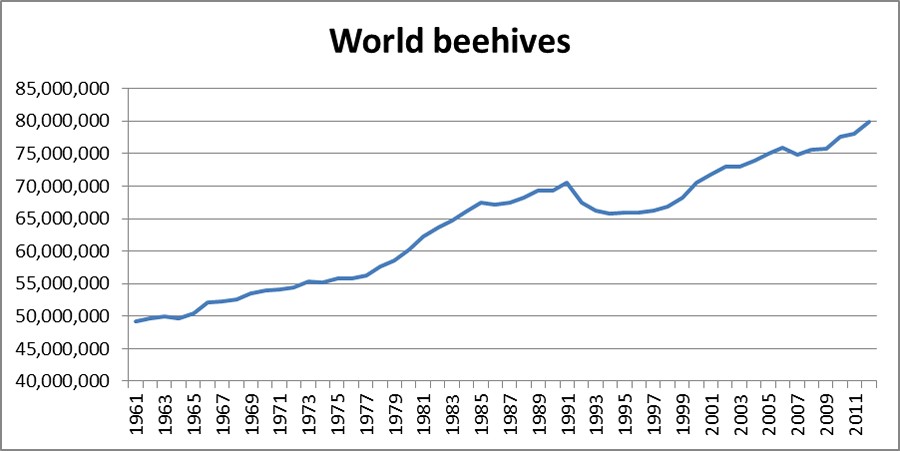 The reason for this uptick in honeybees is that they are an essential element to agriculture. When beekeepers release them by the thousands, they significantly increase farmers’ crop production, and, without them, farmers would have to rely on birds, butterflies, wind, and other natural elements to pollinate their crops. Farmers therefore, have a vested interest in preserving the bee population just as they have in preserving effective pesticides. Therefore, farmers do not need government coercion to avoid pesticides that would kill off honeybees—it’s already in their interest to protect them.

The demand for honeybees translates into a lucrative and conservationist business model for both farmers and beekeepers as the monetary exchange goes both ways. If the beekeeper can turn a profit through the honey his bees produce, he pays the farmer. In other instances, such as apple orchards that do not produce much honey, the beekeeper charges the farmer for his bees’ pollination services.

The ethic of economic self-interest spurs both farmers and beekeepers to replenish the bee population and keep pollination and honey levels at market demand. The hype over honeybee extinction may have sold media subscriptions and certainly created wealth and fame for many people. But, in the end, these type of doomsday scares cause more harm than good. They draw resources away from preserving pollinators such as bumblebees that really are in decline, and they produce dangerous legislation that wastes taxpayers’ dollars and often hurts vital portions of the economy as the EU ban on neonicotinoids proved.