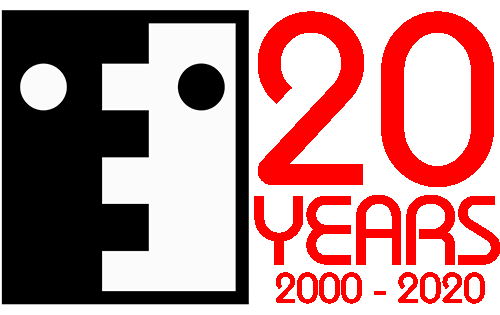 For the past two decades, a small, little-known nonprofit has been acting as an arm of Antifa. The One People’s Project (OPP), described as the “antifa CIA,” regularly attacks enemies deemed “fascist” by posting their personal information, targeting their employment, and intimidating them at events across the country.

OPP is operated by Daryle Lamont Jenkins and a band of volunteers. Although the organizations brags that it has been in business for 20 years, its tax filings from 2015 reported no revenue. In 2017, OPP’s tax-exempt status was temporarily revoked for failing to file tax returns for three consecutive years. On its website, OPP claims “to research and report on who’s who and what’s what regarding right-wing groups, individuals, and activities.” However, the OPP homepage bears ominous language: “Hate has consequences.” Hate is, of course, whatever Jenkins and his peers deem it is.

Jenkins is an unrepentant supporter of doxxing. Doxxing is to publicize—generally online—a person’s personal information, such as their full name, date of birth, employment, and home address. In 2017, Wired profiled Jenkins by writing “Meet Daryle Lamont Jenkins, Insatiable Doxxer of Fascists and Nazis” as its headline. In that interview, Jenkins told Wired, “It’s not revenge. It’s information.”

In the same interview, Jenkins gloated about how his organization could harm people: “You play alt-right and parade around with Pepe the Frog, wait 20 years when you’re trying to get your job, and this comes up on a background check.” Wired even boasted about how Jenkins could ruin the lives of people, “even if you’re just an idiot kid with a penchant for 4chan.”

The Wired interview appears to gloss over this important piece of information about OPP’s actions: “In the past, regular old pro-lifers have been swept up in his attempts to dox members of the Army of God. Jenkins retracted those posts, but this is the internet. The damage is done.”

In a now-deleted interview from 2005 with an anarchist website, Jenkins explained that OPP doesn’t go after just white supremacists and fascists, but also targets mainstream conservatives, such as Sean Hannity. Jenkins told the interviewer that the organization is “rather aggressive and controversial in some areas, such as when we publish the home addresses of neo-Nazis and even mainstream conservatives, like Sean Hannity, who lives at [address redacted by CRC].”

OPP’s website features a “Rogues’ Gallery” (archived version) that includes personal information on just a few of the people the organization targets. The website has photos, names, dates of birth (and dates of death), and addresses for some of OPP’s enemies.

Not all the people on the website can be categorized as “haters.” OPP’s “Rogues’ Gallery” features mainstream liberals and conservatives, such as Alan Colmes, Dinesh D’Souza, James O’Keefe, Tony Perkins, and Phyllis Schlafly.

While the website is bare bones, it is still a list of people OPP considers worth targeting. To make additions to the Rogues’ Gallery or to flesh out an individual’s profile, supporters are encouraged to submit information by email to [email protected]

OPP is not trying to hide its ties to Antifa. In 2017, Slate ran a cover story on Jenkins, calling him the “public face” of Antifa. In fact, The OPP website even featured a store where supporters could purchase an array of pro-Antifa items, such as a black beanie emblazoned with “ANTIFA.” The store has recently been taken down, but whether this is permanent or just down for an update is unclear. 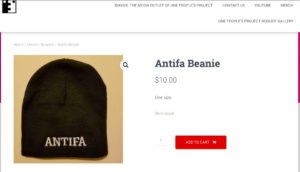 Idavox serves as OPP’s publication in which it posts news about “fascist” events and individuals. The Twitter bio for Idavox says that all the Antifa accounts it follows are legitimate Antifa accounts. 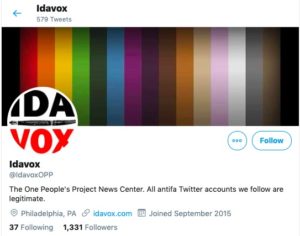 Although OPP has not reported income in previous years, there are currently multiple ways supporters can donate to OPP. They can donate through an official donation form run by the Action Network, a PayPal account, an AmazonSmile donation, a GoFundMe campaign, or by check. As of writing, the 2019 GoFundMe campaign for OPP has received only $3,997 of its $10,000 goal.

Despite being small and seemingly not well funded, OPP still functions as a hub for Antifa supporters to organize, learn who the “racists” are, and plan to disrupt events led by “fascists.” OPP has branded many mainstream conservative and liberal activists as political enemies, worth including on its public-shaming gallery of “racists.”

Although OPP claims to denounce violence and Jenkins asserts that it is a lie to say OPP advocates violence, many Antifa activists say “Liberals get the bullet too.” 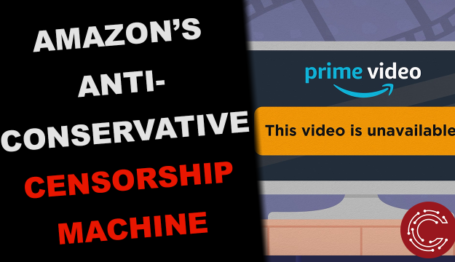 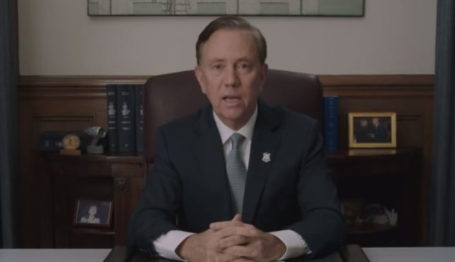