The Obama Administration and the turn to Post-Americanism 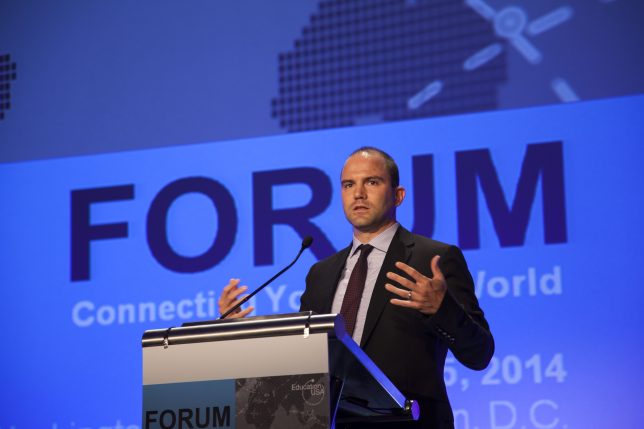 It’s a strange sight: A superpower—America—stooping to and accommodating a nation—Iran—that hosts daily “death to America” rallies—even during the nuclear “negotiations.” Some might call it insanity, but in truth, it’s the sign of a budding ideology: Post-Americanism.

To be sure, it’s not anti-Americanism. Ideologues of this new persuasion don’t necessarily dislike America—they just look at issues, and act, from “a global perspective.” John Fonte, senior fellow and director of the Center for American Common Culture at the Hudson Institute, explains:

[Being post-American] means they are ambivalent (and somewhat embarrassed) about attachment to particular U.S. interests because they do not see their primary jobs as representing specifically American goals and priorities, but rather serving “the international community.”

Fonte sees post-Americanism in the rhetoric of President Obama’s speech writer, Ben Rhodes. “It’s very revealing, especially when Rhodes feels like he can brag about ‘shaping narratives,’” says Fonte. “He’s moved beyond the reality of the world and taken the [postmodern] view that there is no single reality, but a series of competing narratives.” Revealing indeed. This view implies that truth is simply a function of power, that no particular narrative is truer, or better than another, which means reality itself is whatever the dominant story asserts it is.

For post-Americanists this means elites should abandon their provincial, obsolete preferences for the greatest imaginable narrative—a global one.

For the rest of us, it means a brave new world.

This blog post was adapted from the October edition of Foundation Watch by Neil Magami.