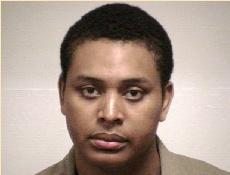 My breaking story on ACORN is up on American Spectator.

It’s about a transvestite prostitute named Darnell Nash who was registered to vote multiple times by ACORN.

ACORN remains under investigation by the local prosecutor in Cleveland, Ohio.

Here’s the top of the article:

The activist group ACORN, which has long worked with criminals as it preys on the weak and the troubled, is on the verge of yet another public relations catastrophe.

That’s because a cross-dressing Ohio male escort whom ACORN registered multiple times to vote was convicted of full-fledged vote fraud in addition to the lesser crime of voter registration fraud. A spokesman for Cleveland prosecutor Bill Mason confirmed yesterday that a local investigation of ACORN remains wide open.

The conviction of Darnell Nash, apparently known by several aliases including Serina “Sexy Slay” Gibbs, is hugely significant for several reasons, not least of which is the fact that ACORN has long maintained that vote fraud, as opposed to the lesser crime of voter registration fraud, essentially never happens. […]