The Media’s Mainstreaming of Left-Wing Violence 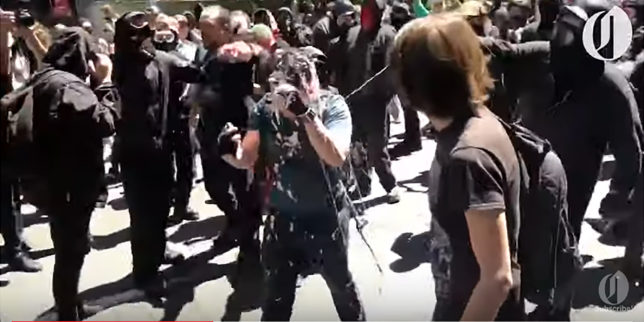 While President Trump is often under fire for his rebukes of the press, some left-wing journalists and activists have recently tried to normalize violence against right-wing personalities and even praised a domestic terrorist.

An upswing of violence against right-wingers started in the United Kingdom in May, with the act of “milkshaking.” Tommy Robinson, former English Defense League founder turned controversial journalist, was pelted with two milkshakes in two days.

The Independent reported on May 19 that four milkshakes were thrown at U.K. Independence Party (UKIP) candidate Carl Benjamin within a week. The day after that report, May 20, former UKIP leader and Brexit pioneer Nigel Farage was assaulted by a man wielding a milkshake.

Then at the beginning of June, Florida Republican Congressman Matt Gaetz was hit by a milkshake.

Weeks earlier, The New Republic ran an article by Matt Ford with the headline, “Why Milkshaking Works,” and the summary, “The far right fears nothing more than public humiliation.” The article was shared approvingly by former Media Matters for America staffer turned Vox journalist Carlos Maza. Maza added, “Milkshake them all. Humiliate them at every turn. Make them dread public organizing.”

Vice and Eater attempted to take a humorous angle to the topic of humiliating their opposition, while the Atlantic attempted to downplay the seriousness of milkshakings writing, “Let’s not go turning milkshakes into boiling coffee, let alone Molotovs. Sometimes a milkshake is just a milkshake.” Similarly, The Guardian’s Aditya Chakrabortty wrote that he laughed when his political opponents were hit with milkshakes: “chucking a milkshake is not political violence at all; it is political theatre, of a kind shared down the ages and across countries.”

After Gaetz was hit with a milkshake, Orlando Weekly praised the “true hero” who recorded the incident and tried to justify the attack. Similarly, Miami New Times reported Jerry Iannelli tweeted about the “moral scolds” condemning the attack: 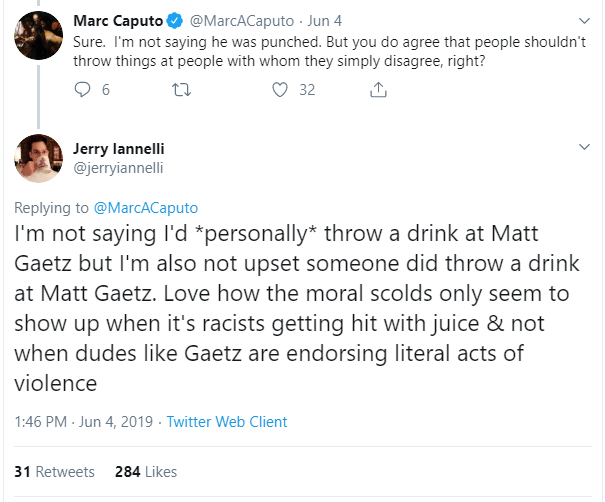 The mocking of milkshaking came to a halt when journalist Andy Ngo suffered a brain hemorrhage when an Antifa protester pelted him with a milkshake during an Antifa rally in Portland. Leaders on both sides of the aisle condemned the attack against Ngo, from President Trump to Democratic presidential candidates Andrew Yang and Joe Biden.

Charlotte Clymer, the press secretary for the Human Rights Campaign (HRC), however, tried to say Ngo was asking for it: 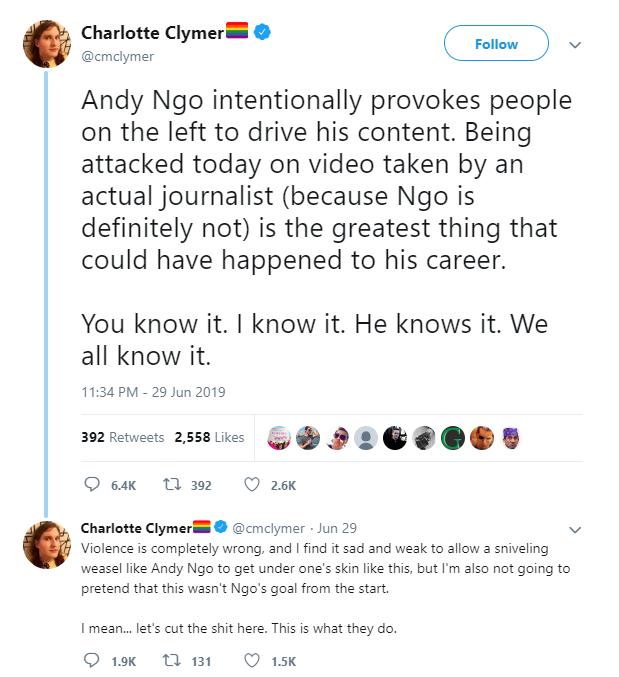 Even acts of terrorism have been praised by members of the media when the violence targets political opponents.

Two weeks before Van Spronsen’s attack, Shaun King—a writer for the Intercept and well-known Black Lives Matter activist–tweeted of the alleged “concentration camps” on the border: “We should liberate them NOW – by any means necessary.” 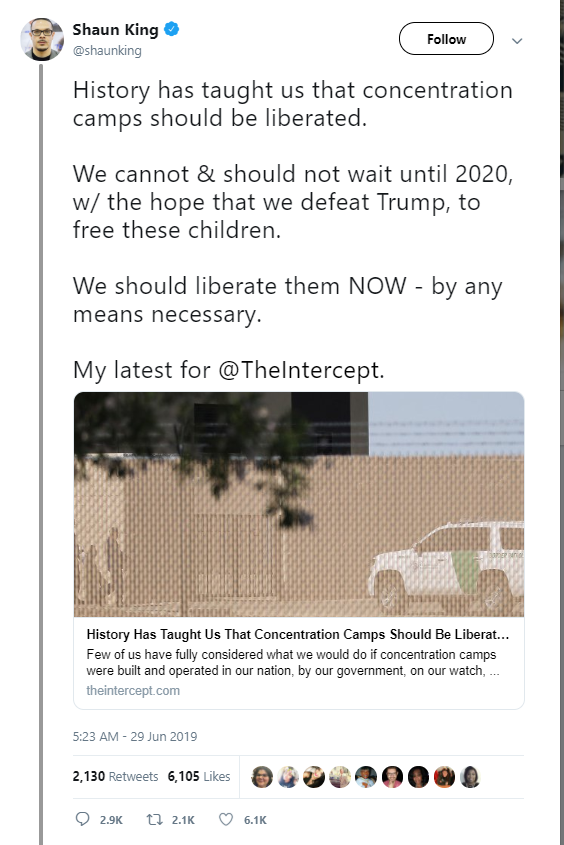 In King’s piece, he compared the situation at the border to what happened to Anne Frank. King also wrote that while he wasn’t exactly calling for violence, he “thought that concentration camps were supposed to be liberated.” 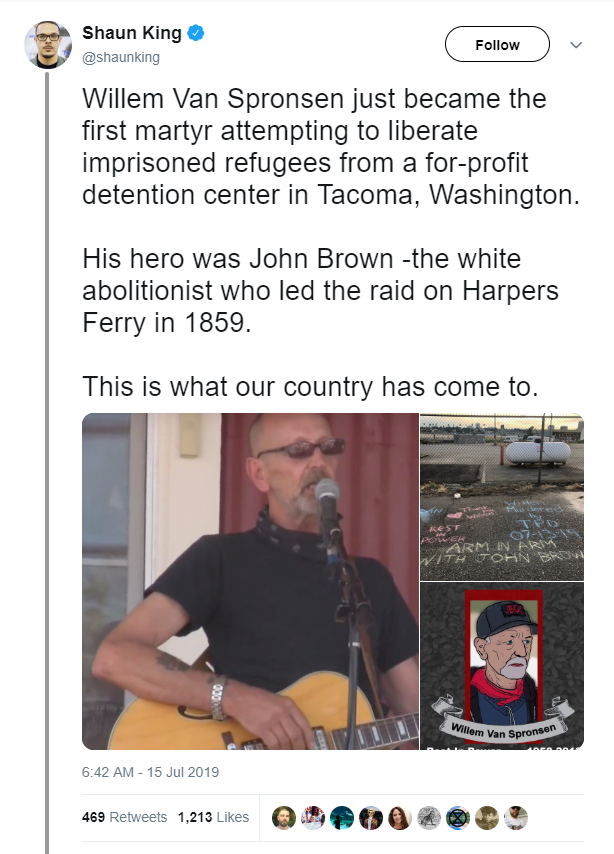 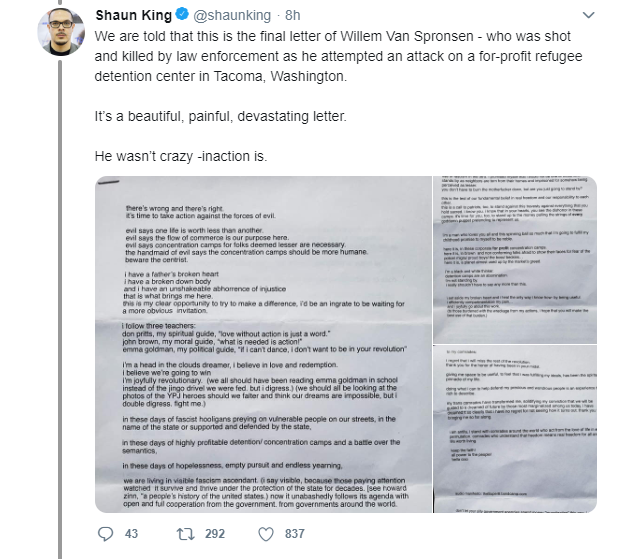 King repeated his points in Facebook posts that have not yet been deleted.

Kim Kelly, who wrote a pro-milkshaking piece for Vice, also praised the anti-ICE terrorist attack while calling for more violence. Kelly lost a previous role at National Public Radio because of her calls for terrorism, according to her own sympathetic account in the Columbia Journalism Review. Kelly still appears to be a labor columnist for far-left, radical Teen Vogue. 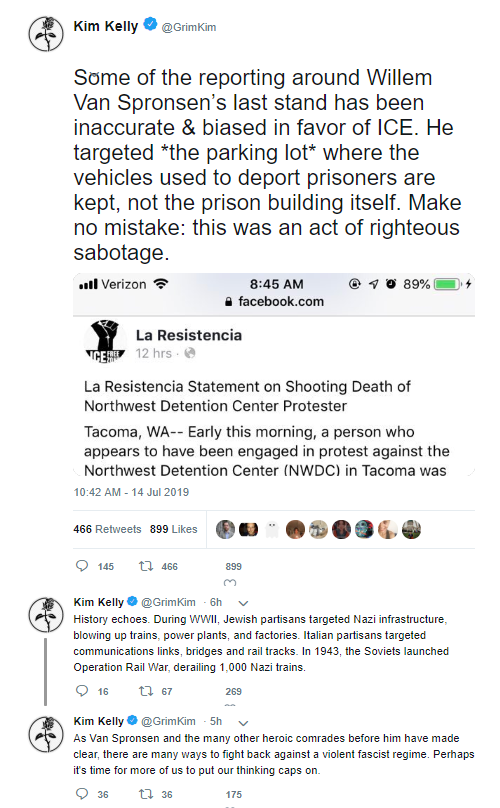 Even when political violence doesn’t cause injury or death, it still harms its victim and is an intimidation tactic. When violence becomes accepted by the mainstream, solving our differences through our democratic processes becomes harder and harder.

Watch our video on the media’s acceptance of left-wing violence below. 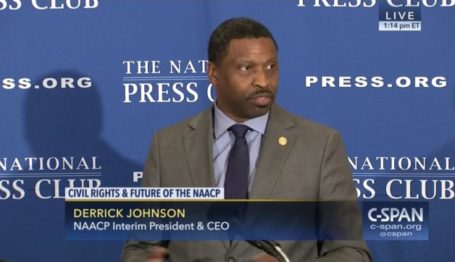