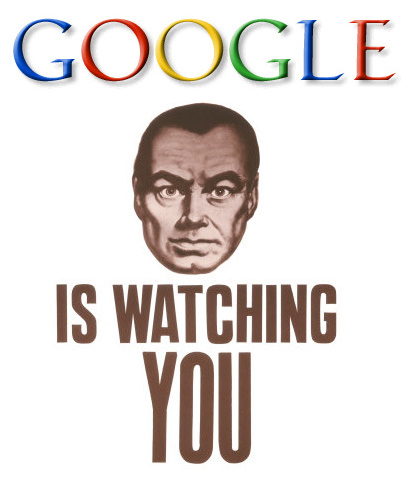 As Islamic scholar Robert Spencer can tell you, the mainstream media has barely noticed that Google, the Internet search engine giant, is now deciding for its users which ideas are acceptable and which are not.

It’s never been a secret that Google leans left and won’t tolerate ideas it doesn’t agree with. The company hired global warming profiteer Al Gore as senior advisor and has a history of purging content based on ideology.

Now Google Video has suppressed a video of a speech that Spencer, author of The Politically Incorrect Guide to Islam (and the Crusades), made at Dartmouth College. Spencer, whose family comes from the Muslim world, sees his work as “calling attention to the roots and goals of jihad violence.” He carefully explains his belief that “Islam is not a monolith,” and says that he has “never” characterized all Muslims “as terrorist or given to violence.”

Whether you agree with all of his statements (and I’m not sure that I do), Spencer criticizes Islam for its shortcomings. He’s not preaching intolerance, and apparently there was no violation of Google Video’s rules which preclude the posting of “illegal content,” “invasions of personal privacy,” “pornography or obscenity,” “hate or incitement of violence,” “graphic violence or other acts resulting in serious injury or death,” and “violations of copyright.”

But that’s not good enough for politically correct Google, which seems to believe that if you fail to genuflect at the Islam-is-a-religion-of-peace altar, you’re guilty of “hate speech.”

So Google finds itself in the same camp as the Wahhabi front group known as the Council of American-Islamic Relations whose lawyer calls Spencer “a well-known purveyor of hatred and bigotry against Muslims.”

Playing the “bigotry” card is an effective smear technique mastered by CAIR and its allies. As Spencer notes:

Cries of “hatred” and “bigotry” are effectively used by American Muslim advocacy groups to try to stifle the debate about the terrorist threat…It is not an act of hatred against Muslims to point out the depredations of jihad ideology…those who make the charge know better in any case: they use the charge as a tool to frighten the credulous and politically correct away from the truth.

The mainstream media has been silent on this outrage so far, but some bloggers have sounded off. (See Little Green Footballs, Stop the ACLU, and Girl in Short Shorts).

Meanwhile, the do-gooders at Google have embraced the soft authoritarianism of so-called corporate social responsibility or CSR.

This socialist doctrine holds that profit is illegitimate and requires businesses to “pay back” the communities from which those profits were extracted. The late economist Milton Friedman railed against CSR, arguing here that companies that divert revenue to “socially responsible” ventures are in effect taxing their shareholders. Taxation is the province of government, not business, and CSR makes corporate executives civil servants.

Google’s approach to CSR involves a commitment to spend $1 billion of its shareholders’ money saving the world by fighting poverty and reversing global warming.

As John Reosti writes in “Google.org: Reaching for Utopia,” (available in the new issue of Foundation Watch:

Certainly, there are reasons to applaud Google, the Internet search-engine powerhouse whose name has become so identified in the public mind with World Wide Web searches that it has become a verb, to google. After the wealth-destroying scams of Enron, WorldCom and their ilk, it is refreshing to come across a corporation that makes money and goes public in announcing its philanthropic intentions. But there are reasons to be uneasy about the course Google has charted. Google’s corporate origins are unique and its corporate philanthropy is so innovative and extravagant that any misstep could make the company subject to close government scrutiny and undermine the financial success that benefits its shareholders.

Liberal and environmentalist groups have already benefited from Google’s philanthropy. The venerable Brookings Institution received $200,000 for a 2008 conference on plug-in hybrid vehicles. The Energy Foundation received $50,000 for climate change research. The Natural Resources Defense Council (NRDC) received $100,000 “to support the Environmental Entrepreneurs Climate Campaign to assist with the implementation of the Global Warming Solutions Act of 2006.” The race-baiting National Urban League was one of five groups to share in a total of $750,000 awarded for Hurricane Katrina relief.

Not surprisingly, it’s hard to find anything but praise for Google’s adventures in philanthropy. Softball items have run in BusinessWeek, The International Herald Tribune, Slate.com, and USA Today.

(This item is cross-posted at Newsbusters.)