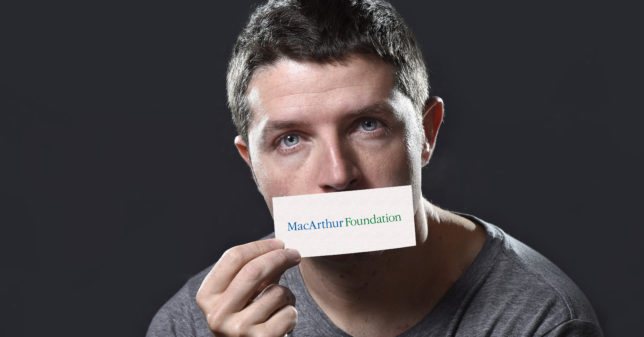 Behind activist board member Marjorie Scardino, the Chicago-based MacArthur Foundation has worked to restrict speech on social media platforms. But controlling discourse on Facebook and Twitter is actually the lesser goal in Scardino’s authoritarian agenda.

Her larger aim is to seize control of the U.S. educational system in the name of political correctness. That’s why the foundation supports the replacement of standardized testing with an educational video game system that mines data while students learn. But while the project dubbed Glasslab—represents a noble goal, the process can easily be subverted by left-wing ideologues. A report funded by the Defense Intelligence Agency claims as much: “Enabled by the Internet, political messages can be quickly distributed to the world population with little validation beyond the recipients’ own social filters. Games, modeling, and simulation present a new dynamic in the use of the Internet as a source of propaganda.”

One of MacArthur’s recent educational conferences confirmed the agency’s report. Eric Gordon, the head of a panel called “Playing for Keeps: Gameful Design for Real-World Action and Social Change,” praised educational games for the ways in which they can indoctrinate users. “What I’m really interested in, is how games and play are creating a context for interaction within a civic space that can be really powerful and could actually change the way that communities interact,” Gordon said.

If that’s not code for anti-speech liberalism, then we don’t know what is.

For more, you can read the May edition of “Foundation Watch” here.

This blog post was adapted from the May edition of Capital Research Center’s “Foundation Watch,” by Milo Yiannopoulos.