The Legal Services Corporation: A History of Political Advocacy 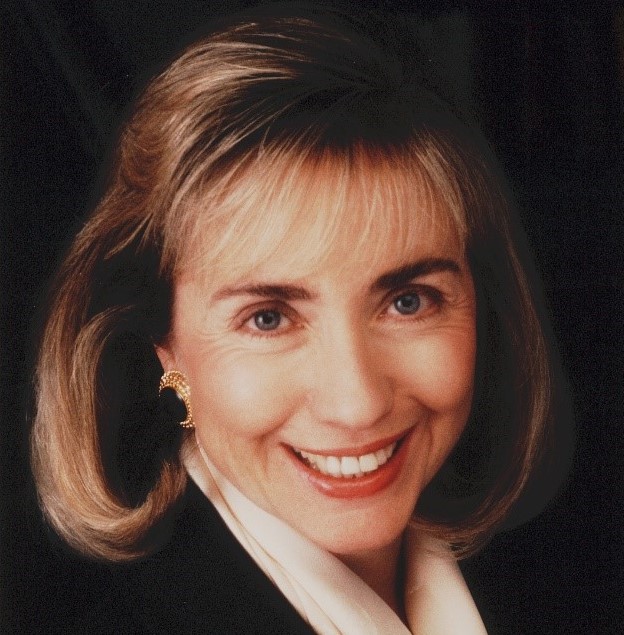 One early champion of such taxpayer-funded advocacy was none other than Hillary Clinton, who was a Carter administration appointee to the LSC’s board of directors from 1978 to 1982 and served as its chair for a portion of her term. Credit: Presidential file. License: https://bit.ly/2ZC2Xvb.
by Robert Stilson

A History of Political Advocacy

The overwhelming public and compulsory funding received by LSC grantees isn’t necessarily a bad thing, but it can only be justified if the grantees are limited to providing apolitical civil legal assistance to those in need. That’s exactly the purpose for which the LSC was created. Grantees that drift into advocacy, especially on politically contentious issues, can undermine support for what is otherwise a broadly bipartisan position. Sadly, the temptation to drift into advocacy has long proved too much for many grantees.

Congress foresaw this problem and did its best to head it off. Statutory and regulatory restrictions place various limitations on what LSC grant recipients can do. Restricted practice areas include most criminal cases, organized labor, abortion, and representing prisoners and many non-U.S. citizens. Some prohibitions apply only to the use of public money, while others also encompass private funding. These limitations and others, are designed to gear the LSC and its grantees toward legal aid, not advocacy, and especially to keep them politically neutral.

Despite congressional efforts, LSC grantees took on controversial cases almost from the beginning. The 1985 book Destroying Democracy: How Government Funds Partisan Politics provides a litany of early examples. Bay Area Legal Services, a Tampa-based grantee, sued the state of Florida in 1979 to prevent implementation of a functional literacy test as a requirement for high school graduation. California Rural Legal Assistance, which today receives close to $9 million annually from the LSC, once sued the University of California to stop research on improving agricultural productivity because better farm machinery would displace farm laborers. A Michigan-based LSC grantee sued to have “black English” recognized as a separate language, which would qualify black students for mandatory remedial language training. Welfare reform was a common target of LSC grantee litigation during the 1990s, a trend Congress attempted to curb with new restrictions in 1996, but these were invalidated by the Supreme Court’s 2001 decision in Legal Services Corporation v. Velazquez.

One early champion of such taxpayer-funded advocacy was none other than Hillary Clinton, who was a Carter administration appointee to the LSC’s board of directors from 1978 to 1982 and served as its chair for a portion of her term. David Brock’s 1996 book The Seduction of Hillary Rodham characterizes her tenure as one that openly viewed political activism as part and parcel to legal aid. Indeed, in her Senate confirmation testimony, Clinton “endorsed the use of legal services lawyers to ‘reform’ laws and regulations the LSC deemed ‘unresponsive to the needs of the poor.’” Brock also cites training manuals distributed to LSC grantees during Clinton’s tenure that identified the goal of LSC-funded attorneys as attaining “power over the distribution of wealth, power over the means of production and distribution” through both the courts and the legislature.

Clinton’s view, as characterized by Brock, was that achieving social change might not be possible through the courts alone and that “her fight to preserve legal services exemplified her growing acceptance of an ends-justifies-the-means political philosophy.” A worldview that justifies the means through the ends is a hallmark of the progressive Left and one that, regrettably, infects some segments of the legal profession. When the two are brought together in such a politically adept person as Hillary Clinton, the results can be dramatic: By the time Clinton left the LSC she had not only fought off the Reagan Administration’s attempts to eliminate or reform the organization but also had succeeded in more than tripling its original budget.

In the next installment of Legal Services Corporation, find out its involvement in controversial lawsuits.