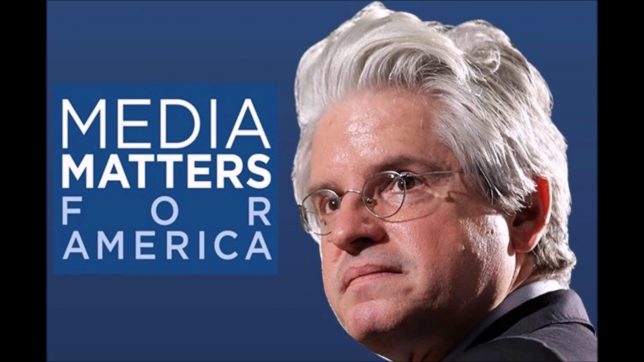 A confidential “Plan for Action” detailing the strategy behind the Leftist smear artist David Brock’s strategy has leaked to the media. The plan reveals his intent to influence every level of government in the United States during the presidency of Donald Trump with the hope to turn the U.S. solidly progressive by 2020.

The playbook lays out a four-pronged approach to remove President Trump, either through impeachment or at the ballot box, by undermining his support among voters – delivering overwhelming electoral victory to the Democratic Party by 2020. The strategy assigns specific tasks to four Leftist organizations which are all funded by liberal billionaire George Soros, with the overarching goal of morally discrediting any voice on the American Right:

In her book The Smear: How Shady Political Operatives and Fake News Control What You See, How You Think, and How You Vote, journalist Sharyl Attkisson defines the smear as “an effort to manipulate opinion by promulgating an overblown scandalous, and damaging narrative.” Attkisson notes that the political smear has long been an American tradition. In the early days of the American republic, Thomas Jefferson published news of Alexander Hamilton’s affair with Maria Reynolds, and Hamilton in turn attacked Jefferson for his affair with his slave Sally Hemings. But 21st century technology, particularly the rise of social media, has taken the political smear in the modern era to a new level.

The blatant partisanship that supposed reputable news outlets showed during the 2016 election put a dent in the credibility of the mainstream media. But as Americans increasingly segregate themselves by ideology, Brock doesn’t necessarily need the mainstream media any longer to bring down conservatives. According to Pew Research, in 2016 44 percent of Americans got their news from Facebook which memo claims the Right has “colonized.” Facebook’s algorithms tend to herd users toward people and sites with common interests, therefore making it easier for falsehoods to spread within an ideological echo chamber. This is how Shareblue plans to bypass the largely discredited mainstream media.

Media Matters has already put pressure on Facebook to monitor the spread of what it considers “propaganda” and touts this as a success in the memo. Brock’s goal is to leverage Facebook to help “journalists, activists, allies, politicians, and the general public” to routinely “weaponize” the opposition research that Brock’s outfits carry out to take action against the “extremists” on the Right trying to use new forms of media to their advantage.

On the research side, the memo boasts that American Bridge has “20,000 hours of video, 289 candidate research books, and the largest available archive of Trump research.” The memo correctly acknowledges that progressives have largely ignored local and state elections. American Bridge plans to change this by not only involving itself heavily in every competitive Senate race in 2018, but targeting state and local elections as well.

The memo brags that CREW knows “how to use litigation, legal complaints, research, and press outreach to get results.”

It claims that over the next four years CREW will focus on the following outcomes:

The irony, of course, is that Brock and his affiliates claim to be watchdogs over the integrity of the political process by fighting so-called “dark money,” while dark money in fact floods his organizations – as CRC’s Matthew Vadum has showed.

Brock’s “Plan for Action” claims that these four organizations have a combined war chest of $36 million ready to spend in 2017 alone. By hiring hundreds of opposition researchers and spending tens of millions of dollars each year, these organizations try to discredit the conservative movement by personally attacking any vocal conservatives. The attacks on radio personality Bill O’Reilly, commentator Monica Crowley, television reporter Eric Bolling, and many others show how effective the political smear can be when used effectively. These organizations do not necessarily create the scandals that bring conservatives down, but they spend millions to put them under a magnifying glass.

Capital Research Center has extensively covered how Media Matters and other like-minded (and similarly funded) organizations do not tolerate diversity of opinion and smear and slander anyone who expresses right-of-center viewpoints.

Watch CRC’s video short on “dark money,” which has been lambasted by the political Left, but in reality serves as a crucial outlet for free speech in the United States: