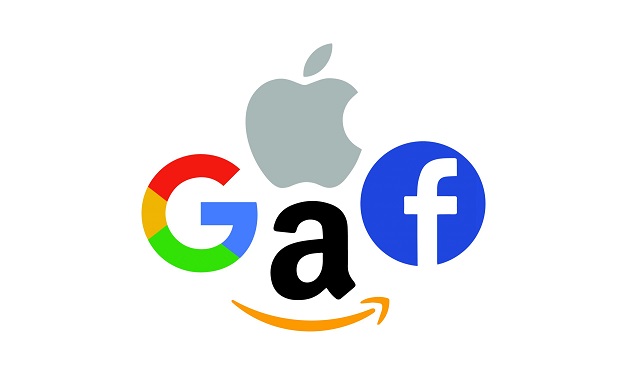 If Big Tech didn’t know it had run afoul of almost everyone, the latest effort from the left-progressive wing of American political influencers ought to clear up any confusion.

Via its Campaign Accountability arm, the Citizens for Responsibility and Ethics in Washington (CREW), a 501(c)(3), has launched the Tech Transparency Project (TTP) to “find out which groups get big tech funding.” According to Influence Watch, CREW “‘played instrumental roles in building a stronger, more integrated progressive infrastructure’ by the Democracy Alliance” and “has received funding from left-of-center foundations, including financier George Soros’s Open Society Foundations and singer Barbra Streisand’s Streisand Foundation.”

When the Left is making a list, it’s never good for those who find themselves on it.

From the TPP tool’s homepage:

Big Tech companies are spending record sums on lobbying as they face growing regulatory scrutiny in Washington and the states. But the companies have also engaged in a more subtle form of influence building, funding everything from think tanks to advocacy groups to local chambers of commerce—which are involved in key policy debates and often serve to amplify the tech giants’ views.

It’s not always clear which groups get tech funding, making it difficult to see the hidden hand of companies like Google, Facebook, and Amazon. Now, a new tool from the Tech Transparency Project (TTP) is shedding light on Big Tech’s extensive reach with these groups. This searchable database gives a quick readout on whether organizations have received funding from the tech companies since 2015.

Type the name of an organization into the search box below, or scroll through the list.

To be fair, it’s somewhat understandable if Big Tech is surprised by this turn of events, tech employees gave millions to Democrat candidates during the 2020 election cycle. After all, Open Secrets reported in January that Big Tech employees were the top donors to Democrats in some very consequential races.

Employees at big tech giants, including Alphabet, Amazon, Facebook, Apple and Microsoft, donated millions to various Democrats’ campaigns in the 2020 election cycle. Employees at the five companies shelled out a combined $12.3 million to Biden’s campaign and millions more to Democrats in high-profile Senate contests, such as recently-elected Jon Ossoff (D-Ga.) and Raphael Warnock (D-Ga.). Employees of big tech firms ranked among the top donors to each of those Democrats.

Meanwhile, Amazon, is reportedly in a public relations firestorm that involves emailing sellers to warn them about anti-trust legislation being drafted in Congress.

The worm, as they say, has turned, and high-profile news outlets are now reporting on the TPP effort and its intent to expose the “influence building” scheme of Big Tech.

While America waits for anti-trust legislation or other congressional efforts to address what many see as Big Tech’s questionable attempts at censorship, new avenues are developing around how these issues may play out.

One compelling narrative centers on the idea that Google, Facebook, and YouTube, far from being “benign search engines,” are actually digital advertising companies. Noah Giansiracusa, assistant professor of Mathematical Sciences at Bentley University, makes that arument in his book How Algorithms Create and Prevent Fake News: Exploring the Impacts of Social Media, Deepfakes, GPT-3, and More.

In fact, some powerful philanthropic entities—including groups firmly on the progressive side of politics—have recently come together to chastise Facebook for shutting down the accounts of researchers at New York University who are “investigating advertising disinformation on the platform”:

The open letter was from the NetGain Partnership, which includes the Mozilla Foundation, Ford Foundation, John D. and Catherine T. MacArthur Foundation, the Omidyar Network and more. . . .

The letter, signed by the CEOs and presidents of each organization, lambasts Facebook for their decision to close the accounts of NYU researchers Laura Edelson and Damon McCoy. The two led a team of researchers that ran the Ad Observer browser extension, which allowed Facebook users to let the researchers see what ads pop up when they visit the social media platform.

Because private entities like Big Tech companies can set their own rules for users—up to and including when to suspend an account and which content to moderate—reigning them in will require a more creative approach. Looking at the consumer and marketing side of things, while tracking how Big Tech moves in the philanthropic and lobbying space, may be a way to curtail their power or at least threaten them enough to discourage bad behavior.

On the surface at least, the progressive Left appears to be leading that effort.