The League of Conservation Voters (Re)sets its Sights on Virginia 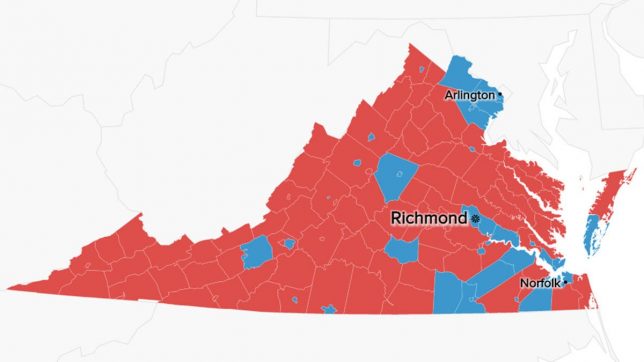 Left-wing nonprofits are leading the attempt to turn Virginia’s political climate blue. Nonprofit groups and individuals have poured millions in out-of-state dollars into the state’s gubernatorial race in order to topple conservative candidates who hold positions antithetical to liberal elites.

One of the biggest players in this effort is the League of Conservation Voters PAC (LCV PAC), which is funding a $200,000 social media blitz against Virginia Republican gubernatorial candidate Ed Gillespie. The ad buy will bring the League’s total spending in the race between Gillespie and Lieutenant Governor Ralph Northam, the Democratic candidate, to $2 million. The ads, developed in partnership with the left-wing group Priorities USA Action, will reportedly portray Gillespie as having “a long history working for corporate polluters who want to poison our air and water to boost their own profits.”

The League of Conservation Voters and its associated political action committee operate as a “pass-through” for funding the far-left while masquerading as a single-issue group. In their full report on the LCV, Hayden Ludwig and Kevin Boyd identify 34 LCV state affiliates that operate in connection with the national organization to advance a broader progressive agenda under the guise of environmental issues. The Center for Responsive Politics (CPI) identifies the group as a leading “dark money” spender, because of the millions LCV spends in political contributions without disclosing most of its donors.

LCV political spending has ramped up sharply in recent elections. CPI reports the group spent more than $14 million on “direct and indirect political campaign activities” during the 2012 presidential election. In 2013, LCV and the Sierra Club—another far-left environmental group—flooded the Virginia gubernatorial race with some $2.2 million to support incumbent Governor Terry McAuliffe and other Democrats.

The LCV’s shadowy funding and political agenda have brought it unwanted attention, however. The group has been called a “dark money heavyweight,” and in 2004 the Federal Elections Commission fined two groups connected with the LCV for “crossing the line” on campaign finance laws. The LCV has also come under fire for its work supporting the Democratic Party and far-left policies using the language of a single-issue environmentalist organization. Ken Tomlinson, the former editor-in-chief of Reader’s Digest, accused the LCV of being more interested in propping up traditional Democrats rather than in local conservation, citing “rigid leftist partisanship, faulty polling data, and oodles of funding from liberal elders.”

The LCV’s political activities are part of a greater phenomenon, wherein the far-left often outspends conservatives by large margins, by pooling the resources from dozens of disparate special interest nonprofits.

Virginia, long a conservative bastion, is increasingly targeted by left-wing organizations like the League of Conservation Voters due to its growing Democratic-voting population – particularly in the counties around Washington, D.C. Most of the Virginia electorate, however, is more conservative than these liberal nonprofits. Ironically, many of the candidates these groups support—like Bernie Sanders-endorsed, 2017 gubernatorial candidate Tom Perriello, who was crushed in the Democratic primary—frequently remind them of that fact, as when Perriello’s record on gun rights and abortion proved more conservative than many of his far-left supporters initially realized. Likewise, Ralph Northam, who claims he is running on an environmentalist platform, is under pressure by extreme anti-oil and gas groups to oppose the development of an Atlantic Pipeline—a project he lukewarmly supports. (That, however, hasn’t stopped the LCV from funding Northam’s campaign, despite their frequent opposition to oil and natural gas expansion projects.)

Virginia legislature’s political balance shows its population still remains largely right-of-center. The state, historically a Democratic stronghold, began to abandon the party of Thomas Jefferson (which had morphed into the party of Franklin D. Roosevelt), when in 1952, Republican President Dwight D. Eisenhower carried it. The growth of the federal government has brought an increasing number of left-leaning voters to the state though, which has emboldened LCV and similar left-wing organizations to paint right-of-center candidates as extremists, rather than try to change the minds of Virginians on environmental issues.

Read our full report on the League of Conservation Voters in Green Watch.