The “Dark Money” Shape-Shifter: From Marriage Equality to Campaign Finance 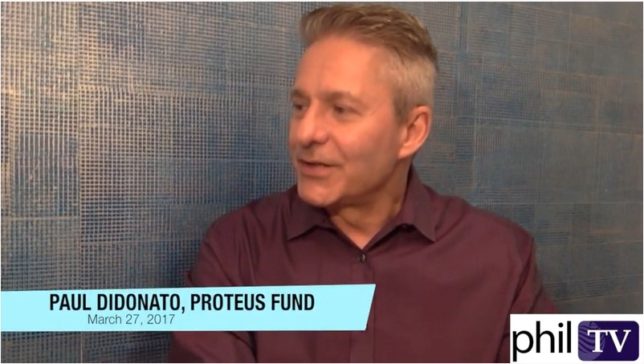 The Piper Fund is the oldest of the Proteus Fund’s donor collaboratives, established in 1997. A lobbying arm hosted by the Proteus Action League, the Piper Action Fund, emerged sometime after in the early 2000s.

From the start, Piper was laser-focused on pushing the Left’s agenda on controlling election-related free speech through grants to lobbying groups that pushed for restrictions on how political campaigns may raise funds (campaign finance reform). It started in 1998 with $1.8 million in grants to 53 organizations in 38 states backing the Left’s so-called “Clean Money” campaign, according to a 1999 article in American Prospect magazine. Of that sum, Piper spent $1 million to support five liberal groups pushing the Clean Money agenda, $700,000 of which benefitted Northeast Action (the New England affiliate of Ralph Nader’s Citizen Action network), the Western States Center, and the now-defunct groups Democracy South and Midwest States Center. The remaining $300,000 went to the National Institute on Money in State Politics, which today publishes the watchdog website FollowTheMoney.org.

Those groups reportedly helped register and mobilize voters to support ballot initiatives legislating government funding for state and local campaigns, though it isn’t clear in which states they were successful.

“Soft money” donations are a kind of pass-through—they do not directly advocate for or against candidates for public office but instead are typically given to political parties, which then distribute the funds to the campaigns themselves. They are distinct from “independent expenditures,” which are campaign communications (i.e., television ads) that clearly advocate for or against a candidate but without that candidate’s authorization, request, or coordination.

Many on the Left (and some on the Right) criticized the “soft money” phenomenon because it fell outside of traditional campaign finance vehicles—political action committees (PACs)—and thus was not subject to PAC contribution limits. Various attempts to cap “soft money” in the 1990s were unsuccessful, such as a 1992 bill vetoed by President George H.W. Bush, which would have limited campaign expenditures and created public financing for congressional elections (currently, optional public financing is available only for presidential campaigns, though it hasn’t been used by candidates since Obama opted out in 2008).

In the early 2000s, the Piper Fund took on increasing significance to the Left’s push for government-funded elections. A 2004 report by the Carnegie Corporation calls the Piper Fund one of the groups key to “enacting and defending public financing of state and local campaigns.” The report added that between 1997 and 2004, Piper distributed $6 million to “election reform groups” in 45 states.

“Piper is a key mechanism for large funders—such as the Carnegie Corporation—to direct small grants to local and emerging reform organizations,” the Carnegie report concluded. That view seems to be shared in an October 2017 report by an obscure grantmaking nonprofit, Voqal. According to Voqal:

Piper views the pursuit of public finance campaigns in states and municipalities as a key strategic foothold in the national money-in-politics movement and focuses on states as the arenas most conducive to victory.

Voqal gives directly to Piper. In 2013, it gave $400,000 to the Piper Action League to push campaign finance reform efforts in New York state and develop ballot initiative strategies for other states. In 2014, Voqal gave Piper Action $250,000 to “support [a] campaign to pass small donor public financing in [New York] state.” (It’s unclear whether this grant was part of the original $400,000 promised to Piper.)

Voqal later wrote that, thanks to its grants, Piper Action “pushed Governor [Andrew] Cuomo to include comprehensive public financing in his State of the State address and Executive 2014 budget,” held events with Sen. Elizabeth Warren (D-MA) on campaign finance reform, and met with Cuomo “on six different occasions regarding the Governor’s commitment to adopting public financing in 2015 and securing robust efforts to swing the State Senate to Democratic control [emphasis added].” (As part of the 501(c)(4) Proteus Action League, Piper Action is allowed to conduct unlimited partisan lobbying.)

The Voqal report lists half-a-dozen other Piper accomplishments in pushing the Left’s campaign finance agenda, including building “key relationships” with activists in Every Voice, Ralph Nader’s Citizen Action New York, and Common Cause. But how do we measure Piper’s success in pushing government funding of political campaigns? In 2019, a dozen states offer optional public financing to campaigns for certain state office elections in exchange for the campaign’s promise to limit private fundraising. The financing scheme never took off nationally. But the scheme isn’t completely dead: H.R. 1 (“For the People Act”), the Democratic Party’s “goody bag” bill introduced earlier this year, would create public financing options for congressional races in the form of vouchers, distributed by individual donors in $5 increments to the candidates of their choosing.

But the intellectual basis for the McCain-Feingold’s “money-out-of-politics” argument came largely from Free Press, a “media reform” group created and run by neo-Marxist Robert McChesney. Free Press didn’t start receiving grants from the Proteus Fund until 2006, but since then, Proteus has directed over $523,000 to the group for “lobbying activities” in support of the “media policymaking process,” net neutrality regulations—enacted by Obama’s FCC in 2015—and even to cover lobbyists’ salaries (which is allowed under IRS rules). Part of Proteus’s funding to Free Press flowed through its Media Democracy Fund, a donor collaborative that Proteus birthed with aid from Free Press and then transferred to the New Venture Fund—Arabella Advisors’ flagship “dark money” nonprofit—in 2014.

McCain-Feingold continues to dictate campaign finance politics, albeit through the lens of the Supreme Court. Besides banning “soft money,” McCain-Feingold also barred companies, unions, and 501(c)(4) advocacy nonprofits from buying electioneering advertisements identifying federal candidates in the immediate leadup to an election.

It was this part of McCain-Feingold which the Supreme Court found unconstitutional in its 2010 Citizens United v. FEC decision. The high court ruled that corporate funding of independent electioneering broadcasts in elections is protected speech under the First Amendment.

Celebrated as a victory on the Right and much-maligned on the Left, the pro-speech ruling spawned numerous anti-Citizens United advocacy groups, such as the bluntly named End Citizens United PAC dedicated to overturning the decision via legislation.

Piper itself attributes much of its rapid growth to the Citizens United decision, claiming it helped Piper grow from $1.1 million in revenues in 2010 to over $4 million in 2014, and increased the group’s “funding partners” from 19 to 32.

Interestingly, the Proteus Fund confirmed this in its 2017 IRS filing, noting that it spent nearly $4.5 million that year on the Piper Fund, mainly in grants to Common Cause, Demos, and other campaign finance advocacy groups.

The Proteus Fund was closely involved in the campaign for same-sex marriage beginning with the creation of the Civil Marriage Collaborative (CMC) in 2004. Proteus later chronicled the success of CMC in a case study entitled Hearts & Minds, bragging that Proteus “played a critical but largely unknown role” in the campaign’s ultimate victory.

Like its other donor collaboratives, Proteus designed CMC to be both a strategy hub coordinating the flow of foundation grants to allied activist groups and a pass-through for the grants themselves. It was led by Paul Di Donato, now president of the Proteus Fund.

Over the course of 11 years, these foundations granted $153 million to pro-gay marriage organizing, lobbying, and litigation groups, spending some $20 million of it through CMC. In its first year, the campaign issued 19 grants totaling $935,000 to 17 pro-gay marriage advocacy groups. By 2006, annual CMC grantmaking grew to $1.5 million and included groups such as Freedom to Marry and Equality California (as well as its other state affiliates).

While most of the national gay marriage campaign’s resources weren’t directed through CMC, the group identified itself as “a financial gatekeeper” for the funds flowing to state-based allies. Most of CMC’s pass-through funding appears to have targeted education efforts, supporting advertisements in key states for “marriage equality” and increasing public support for same-sex marriage laws.

Director of the American Civil Liberties Union’s LGBT and AIDS Project Matt Coles led the litigation efforts. (Coles is now the head of the ACLU’s Center for Equality, tying together immigration, voting, and “racial justice” litigation.) Coles targeted states where “state constitutional provisions and the courts appeared to be most favorable” to overturning traditional marriage laws, such as California’s Proposition 8 (2008).

In the next installment of The “Dark Money” Shape-Shifter, learn about Proteus’s efforts in everything from capital punishment to foreign policy.