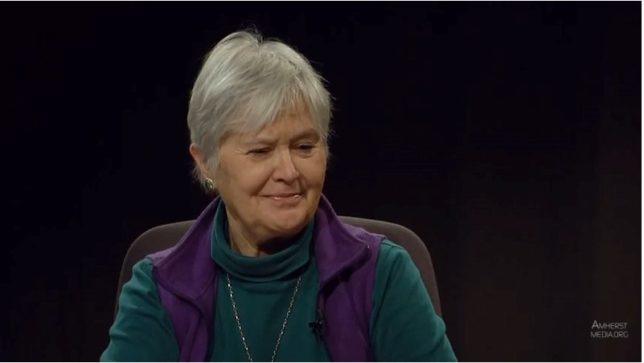 Old Man of the Sea

The Proteus Fund has its origins in the wave of new funding strategies developed by activists and foundations in the 1980s. Margaret “Meg” Gage, the Fund’s founder and an anti-war activist, developed the “pass-through” public foundation model during her years as founding executive director of the Peace Development Fund from 1981 to 1992. Gage founded the Peace Development Fund in the 1980s in Amherst, Massachusetts. It funneled grants from unknown donors to Central American and U.S.-based activist groups opposed to nuclear energy and the Reagan administration’s confrontation with the Soviet Union. The Fund, originally created to aid anti-war protesters, soon evolved towards fiscally sponsoring new activist groups; in 1984, it even created a standalone nonprofit (the Exchange Project), which purportedly trained some 3,500 people on organizational activism until its closure in 2001.

It was this successful model—channeling grants to numerous activist groups through a single nonprofit “kaleidoscope”—that Gage brought to the Proteus Fund when she established it down the street from the Peace Development Fund in 1994 (the Funds are headquartered four miles from each other in Amherst).

Under the “pass-through” funding model, the Proteus Fund collects donations from large grantmaking foundations, wealthy individuals, and smaller donors and then filters cash to vetted local and state organizations. Proteus describes itself as an “extension of [the Peace Development Fund’s] model: a way to pool funding and align strategy among multiple funders in service of significant social change objectives and a broad vision for change in the philanthropic sector.”

That model has rocketed Proteus from less than $3.5 million in total annual revenues in 2001 to nearly $32 million in 2017 (according to its oldest and most recent IRS filings, respectively), an 814 percent increase in just over a decade-and-a-half.

Yet Gage’s model is much larger than the Proteus’s or Peace Development Fund’s, since it’s arguably also employed by left-wing funders such as NEO Philanthropy—a group formed in the early 1980s, but which only assumed its present “pass-through” model in the early 2000s. Gara LaMarche, president of the shadowy Democracy Alliance and the former head of Atlantic Philanthropies, credited Gage’s funding model with “increasing philanthropic attention and support for social justice issues like money in politics, civil liberties and national security, and the death penalty.”

Funneling money is only half the equation. The Proteus Fund is also one of the Left’s most important incubators, providing fiscal sponsorship services to dozens of would-be activist groups (Proteus reports hosting 12 such groups as of August 2019). Proteus’s sponsored projects cover a swathe of issues, from transsexual “gender justice” to tax policy advocacy and net neutrality. They’re universally funded with sizeable grants from major grant makers, including the Ford and Open Society Foundations.

The origin of the Fund’s name is perhaps more mysterious than its activities. While it isn’t exactly clear why Gage chose the name, “Proteus” is fitting for a group which takes many shapes in the form of its numerous projects. In ancient Greek mythology, Proteus was one of the sons of the sea god Poseidon. Known in Homer’s writings as the prophetic “old man of the sea,” the elusive Proteus commanded the world’s rivers and great oceans and was famed for his ability to predict the future—as well as his reluctance to share those revelations with curious mortals.

Like water itself, Proteus was slippery and able to assume any shape, which he often did in order to avoid telling travelers their futures.

The Proteus Fund runs most of its operations through a handful of so-called “donor collaboratives,” funds that move grants from foundations to specific issue areas. These include the Piper Fund; Civil Marriage Collaborative; Rights, Faith, and Democracy Collaborative; RISE Together Fund; Themis Fund; and the Colombe Peace Foundation, a separate 501(c)(3) public foundation administered by Proteus staff.

Unlike traditional grantmaking groups, Proteus’s collaboratives and fiscal sponsorship funding constitute the real meat of its activities. The Proteus Fund’s 2017 IRS filing breaks down how much it spent on its biggest collaboratives: out of almost $26 million in total expenditures, Proteus spent $4.5 million (or 17 percent) on the Piper Fund, another $2.7 million (or 10 percent) on the RISE Together Fund, and $17.2 million (or 67 percent) on general fiscal sponsorship and other collaborative services. To be fair, Proteus is more forthcoming about how it spends its money, unlike organizations like Arabella Advisors, which intentionally hides as much information as possible from the public.

But Proteus also maintains a “sister” lobbying nonprofit, the 501(c)(4) Proteus Action League (PAL). PAL is significantly smaller than the Proteus Fund—the group reported 2017 revenues of just $2.1 million to Proteus’s $32 million—but it manages donor collaboratives which work as the advocacy arms to the nonprofit fundraising arms hosted by Proteus.

In 2017, PAL spent just under $900,000 (76 percent of its total expenditures) on the Piper Action Fund—the Piper Fund’s lobbying wing—to run “legislative advocacy and reform campaign to . . . diminish the influence of corporate and special interest money” in elections. PAL also spent a small sum ($24,000) on the RISE Together Action Fund “to fight anti-Muslim bigotry and xenophobia.” The group spent the remaining $586,000 on its other fiscal sponsorship advocacy efforts.

In the next installment of The “Dark Money” Shape-Shifter, learn how Proteus got involved in early campaign finance debates.