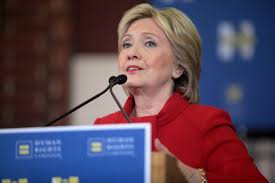 Written off as washed up by some after Hillary Clinton lost the 2016 presidential election, the Clinton family shows no signs of disengaging from left-wing politics or public life anytime soon.

Recent activity by the Clintons suggests they are trying both to breathe new life into their troubled family philanthropy and to remain relevant to electoral politics.

Hillary and Bill grabbed the spotlight once again by hosting a pricey fundraising event later this month in New York to benefit the much-investigated Clinton Foundation.

Longtime Clinton supporters last week received an invitation offering access to the family (the green invitation features photos of Bill, Hillary and Chelsea) at a Clinton Foundation benefit on May 24 in New York, at prices ranging from $2,500 (“Friend”) for cocktail party and dinner, up to $100,000 (“Chair”) for “Leadership Reception for two, a premium table of ten, program recognition as Gala Chair and invitations to the Clinton Foundation Annual Briefing.” The foundation’s streamlined mission: “create economic opportunity, improve public health, and inspire civic engagement and service.”

(Read up on the Capital Research Center’s investigations into the Clinton Foundation here.)

On April 30, Hillary and former Vermont governor and Democratic presidential candidate Howard Dean were scheduled to “lead the first meeting of her Onward Together political group, on New York’s Upper East Side.” The purpose of the meeting with “11 partner organizations” was reportedly “about harnessing the energy and activism post-election.”

Onward Together (OT) filed as a 501(c)(4) nonprofit domestic corporation April 24, 2017, in the District of Columbia, according to public records.

OT describes itself on its website as “a not-for-profit membership organization dedicated to advancing progressive values and building a brighter future for generations to come by encouraging people to organize, get involved, and run for office.” The group’s website acknowledges that donations to it “are not tax deductible as charitable contributions or as business deductions.” However, as a 501(c)(4) nonprofit, the group’s operations themselves are ordinarily exempt from taxation.

Clinton created Onward Together in the wake of her November 2016 election defeat “to lend support to leaders—particularly young leaders—kicking off projects and founding new organizations to fight for our shared progressive values.” OT claims to have more than 33,000 donors and to have handed out more than $1 million to partner groups.

A year ago Onward Together announced its financial support for five organizations: the “racial-diversity umbrage machine,” Color of Change (as described by David Weigel in a 2011 article in Slate); female Democrat candidate recruiting outfit, Emerge America; Trump-resistance group, Indivisible; voter-mobilization group, Swing Left; and candidate-assistance organization, Run for Something.

And now Hillary is poised to take in almost $2 million from the nearly-insolvent Democratic National Committee that she used to rob Bernie Sanders of the presidential nomination two years ago. The money is for access to her campaign’s email list. For comparison, in 2015, Barack Obama gave his email list to the DNC for free (as an in-kind contribution).

The DNC will pay Onward Together for the list, the Intercept reports. The Democratic Congressional Campaign Committee (DCCC) only had to hand over $700,000 for the same data.

All of this “showcases that while Democratic voter enthusiasm is high, the party apparatus is in a terrible state of disrepair,” Matt Vespa observes at Townhall.

The army of small-donors has collapsed, new donor attraction is lackluster, debts are in the millions of dollars, with the DNC taking out a loan totaling almost $2 million just to keep the lights on. And while the Obama campaign gifted their data … Democrats aren’t viewing this as a favor at all since he turned his Organizing for Action group into a direct DNC competitor, further hamstringing the national committee[.]

As Jon Schwarz of the Intercept tweeted April 25:

This is an incredible story. Grassroots Democrats are desperate to take back at least the House. The DNC is deep in debt. Yet the Dems are paying Clinton’s organization at least $2.4 million for her email list.

Meanwhile, former President Bill Clinton’s novel, The President Is Missing, will be published June 4 by Little, Brown and Company. Showtime is already planning to turn the book, co-written by big-name writer James Patterson, into an eight-part series next year.