The Conservative Millennial: No Longer a Myth 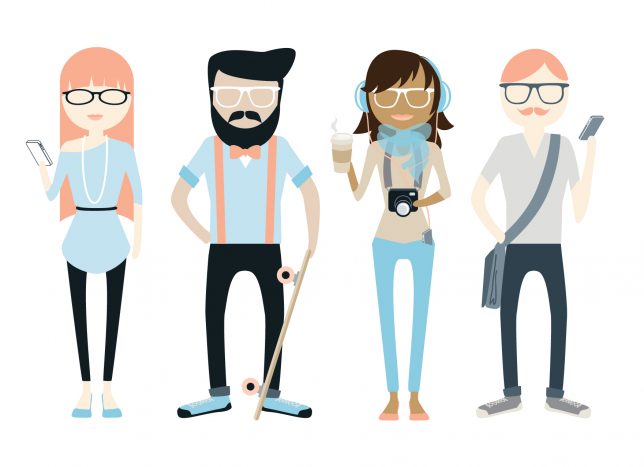 Millennials are not nearly as liberal as the left-wing media would have you believe.

The adage that Republicans have a young-people problem is an old one, and countless reports state that the so-called “Millennial” generation is the most politically liberal generation in history. A heavily cited 2014 survey by the Pew Research Center released a now in 2014 that found that about half of Millennials (50 percent) identify with the Democratic Party and only 34 percent with the Republican Party. By comparison, the Baby Boomer generation only holds a slightly liberal lean (46 percent Democratic, 42 percent Republican), while those in the “Silent” generation of the 1920s are about evenly divided (47 percent Republican to 44 percent Democratic).

A paper in the Personality and Social Psychology Bulletin considers this pattern when surveying Millennial students with different results. The journal found that Millennials (born between 1980 and 1994) were more likely to identify as politically conservative than previous generations—Baby Boomers and Generation X—had been at the same age.

[T]he current view of millennials as liberals might be due to their age—young people are more likely to be liberal. But if you compare young people now to young people in previous decades, those now are more conservative.

The survey, which is based on data from three long-running national surveys (Monitoring the Future, American Freshman Survey, and the General Social Survey), allowed researchers to track generational differences concerning party identification and political ideology over an extended period of time.

“The strength of these surveys is it allows us to look at generational trends without having to worry about what is due to age,” said Twenge. “Right now, millennials look very liberal and more likely to vote for a Democrat, but maybe that’s just because they are young.” The data supports this. In 1976, 35 percent of high school seniors identified as liberal; that figure has remained consistent at 34 percent in 2014.

The results reaffirm the belief that generations tend to grow more conservative (and generally more Republican) as they age. Americans are more apt to identify as liberal at 18 and will, on average, become increasingly more conservative between the ages of 20 and 60.

Curiously, the greatest change seems to have occurred among the most conservative groups. The results of the survey show that 23 percent of incoming Millennial college freshmen identify as far-right, compared with  22 percent of Generation X-ers and only 17 percent of Baby Boomers.

The argument that Millennials are overwhelming liberal is largely based on their support for controversial issues such as same-sex marriage and legalization of marijuana. 74 percent of millennials support gay marriage (nearly double that of the “silent” generation of people born between 1928 and 1945) and support for marijuana legalization has doubled from 34 percent in 2006 to 71 percent in 2016.

Compared to other generations, however, Millennials are the least likely to support a ban on so-called “assault” weapons and for concealed carry laws. A recent study by the Institute for Pro-Life Advancement also shows that Millennials are increasingly opposed to abortion, with 53 percent saying abortion should be illegal in all or most circumstances.

This supposedly far-left generation doesn’t back pet Democratic issues like Obamacare. Millennials, who were overwhelming in support of Obama’s proposal of government-mandated healthcare when it was proposed during the 2008 election, are today as opposed to the failing law as older generations are.

John Della Volpe, the Director of Polling at the Institute of Politics at Harvard, found similar trends in his own studies about Millennials’ political opinions. He believes these trends offer an opening for conservatives to reach Millennials… if they figure out the right way to communicate to them. Della Volpe writes,

My impression is that too many folks across America and even in the pundit class think of this generation as a monolith waving a socialist flag. It is so far from the truth. It is much more nuanced than that….

The key finding in my last big survey in the spring of 2016 was that young people are indicating they are open to a more nuanced conversation about politics, and listening to views of Democrats as well as Republicans.

Given that Millennials surpassed Baby Boomers as America’s largest generation in 2015—meaning that millennials are now the single largest voting bloc by age in the country, making up an estimated 56 percent of eligible voters—this shift could have a significant impact on public policy in the future. As this generation grows older and more conservative, public policy trends may start to move more to the right.