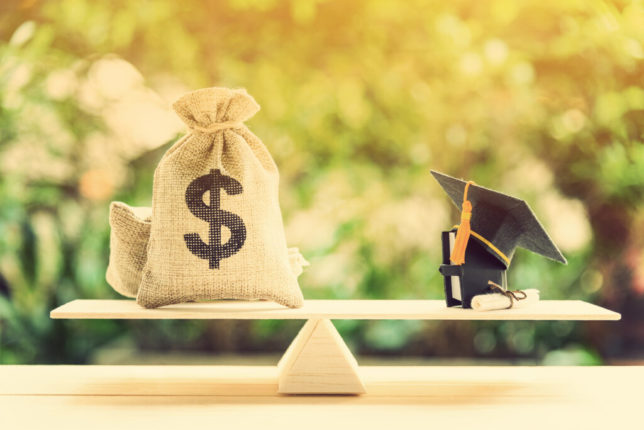 Last week, I compared the risk of a college football bet against the odds of an “investment” in a college degree paying off. Multiplying the following data points together yields just a 35 percent chance a student will both graduate and find a job that justifies the investment:

After reading this, Congressman Paul Mitchell (R—Michigan) called to tell me of a bi-partisan idea that—if implemented—might put a serious dent in this national problem.

Obviously, some students in some programs win their bet on the college investment. But choosing between different colleges and different academic disciplines is currently too much like a wager and not enough like an investment, because we don’t know precisely where the college degree bet is failing.

That’s a costly failure, as Americans currently spend $559 billion per year on higher education. If spending in the higher education sector were a country it would be one of the world’s 25 largest economies. As I wrote last week, this can give colleges and their staffs influence in excess of their value to our culture:

Where all that money goes should already be a cause for concern. According to the American Association of University Professors, the average, full-time faculty member enjoys a six-figure-salary. Don’t forget that these professors also enjoy tenure and are all but secure in their positions for life.

Spending that $559 billion more wisely is the idea behind the “College Transparency Act” (HR 1766). Introduced by Mitchell, plus fellow U.S. Reps. Raja Krishnamoorthi (D-IL), Elise Stefanik (R-NY), and Josh Harder (D-CA), it has 49 co-sponsors. Republican Sen. Bill Cassidy of Louisiana introduced the U.S. Senate companion (S 800) which was cosigned by a large bi-partisan team that includes left-leaning Democrats such as Sheldon Whitehouse of Rhode Island and Elizabeth Warren of Massachusetts.

The College Transparency Act requires the U.S. Department of Education to share individual student data collected from colleges with the U.S. Department of Treasury, which already has all the income and career data for all of us filing a tax return. This will allow Treasury to merge the data, compile aggregate statistics regarding graduation rates and income for every school and every major, and return the aggregated data to the Department of Education. (Importantly, of course, Treasury will retain all individual and personal data regarding tax returns, so this would not be an additional privacy violation in excess of what the IRS already gets away with.)

With Treasury’s help, the National Center for Education Statistics (an agency within the Department of Education) would be able to report accurate statistics regarding the graduation rates and salary outcomes specific to every major at every college in the nation. Prospective students would be able compare the exact historical return on investment between similar programs at different schools (i.e.: “Which history programs offer me the highest graduation rates and best average salaries?”) and different programs within the same school (“Wow, I love the journalism program here at Central Nowhere University, but it looks like I’ll eat better if I switch to nursing”).

The proposal is supported by organizations such as the Association of Public and Land Grant Universities and the American Association of Community Colleges. Like their prospective students, schools apparently don’t want to be in the dark regarding both their failures/redundancies and their successes.

Collecting the data for all individual student outcomes is a potentially revolutionary change. At present, colleges must try to collect the info themselves through such methods as alumni surveys. In addition to being costly and difficult for the schools to do, this method is open to severe selection bias and other statistical flaws. The journalism graduate who became an anchor for CNN is much more likely to keep in touch with the school and report her earnings and job title than a fellow classmate who never got a media job and is now selling sodas at 7-11. The result is a false perception of success for a new student trying to weigh her options.

Mitchell wrote in an April 2019 Detroit News commentary: “College classes should be challenging, determining the best college options should not be.”

What he’s talking about is a price signal, an essential component of every functioning market. But government has grossly distorted that signal for higher education by flooding the market with subsidized student loans and grants. This problem has been compounded by misleading data regarding college outcomes. The result is a severely malfunctioning price signal telling us all college is inherently and generally valuable while obscuring the truth that some degrees for certain students are valuable, even though others are not. The College Transparency Act—though far from a total solution—will at least empower millions of students to help solve the problem and personally dodge the worst of it. 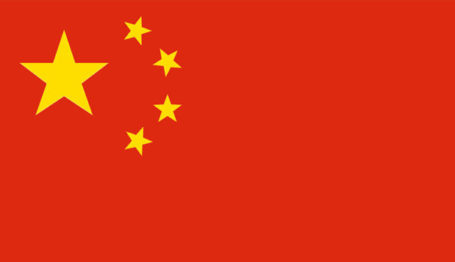