The Bureau of Land (Mis)management? 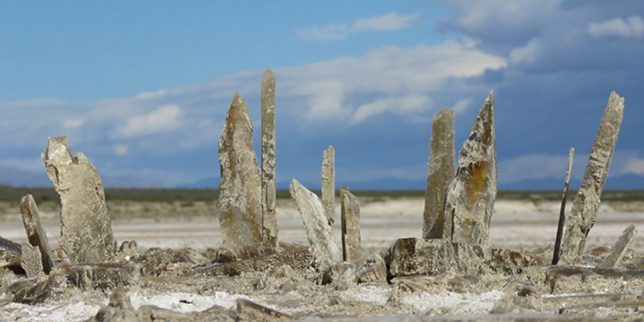 “Go West, young man,” was the motto that sent millions of hopeful Americans fleeing the eastern seaboard to find opportunity on the western frontier. Anyone turning west today, however, might run smack into Uncle Sam.

For a republic founded on states’ rights, the federal government owns a lot of American land. In 2017, the Department of the Interior reported federal ownership of 640 million acres—about 28 percent of the United States. Of that, only 2 percent is composed of military bases and training ranges managed by the Department of Defense. Much of the rest—a staggering 246 million acres—is concentrated under a single agency: the Bureau of Land Management (BLM), an agency of the Interior Department.

That public lands aren’t divided equally across the states is a fact most westerners are painfully aware of. The federal government only owns 0.3 percent of land in Connecticut, for example, while it owns a massive 79.6 percent of land in Nevada.

Much of this, of course, is attributable to the developmental history of the western United States. A full 92 years before it became a state, the lightly populated “District of Alaska” was purchased from the Russian Empire by the Johnson administration in 1867. When it reached statehood in 1959, the federal government granted it just 28 percent of its total area (it still owns 60 percent of Alaska today). Many other western states share a similar history, which is why the federal government continues to own some 47 percent of the West today.

While hundreds of thousands of acres of public land have been sold to private ranchers in recent decades, the federal government has been reluctant to cede control of its land to the states. Some observers have cited research, like a 2012 study conducted in Utah, which finds that management of grazing areas could cost as much as $275 million each year.

But many business owners point to the BLM’s anti-development attitude—and sometimes sheer ineptitude—as the real problem with the federal government’s ownership of so much land.

In December 2016, the Obama-era BLM moved to permanently halt new mining claims on 1.3 million acres of desert in southeastern California—land eyed by mineral miners and solar power companies—in order to “more fully protect important areas within the California Desert Conservation Area.” While the Trump administration ordered the BLM to alter and ultimately cancel the plan, environmentalist groups like the left-wing Defenders of Wildlife began pressuring the agency to close off the land. The future doesn’t look good for energy companies.

Yet, is the BLM’s fondness for “red tape” due to its environmentalism or incompetence? Marcel Cordi, the owner of Jedco Inc., a selenite gypsum mining company on the California-Arizona border, thinks it’s both.

Jedco operates a small surface mining operation to recover the minerals (mostly used in construction and agriculture) from Mesquite Lake, a dry lakebed in San Bernardino County, California. Jedco’s original excavation plan was approved to move forward by the BLM in 2010; but three years later, the agency halted final approval, in part due to the site’s proximity to an area of possible archeological importance. Since then, Cordi told CRC, he’s submitted multiple environmental assessments to the BLM, but is still unable to proceed.

“The BLM has given me excuse after excuse for delaying our mining operations,” he said. “They’ve blamed it on lack of staff, demanded new geological studies, and continually asked for more time to review environmental surveys. It’s been nearly five years and we’ve spent hundreds of thousands of dollars, yet we’re still waiting to start digging.”

At one point in 2016, Jedco was told that surveyors had found “prehistoric camel tracks” near the site that were supposedly two thousand years old, prompting the BLM to demand further surveys at the company’s expense. But when Jedco hired two geologists to visit the location, they found tire tracks underneath the animal tracks—which themselves were probably made by local donkeys, or burros.

“They ended up demanding so many modifications to our original plan that we finally had to withdraw it and basically start over,” Cordi said. When Cordi and his team criticized the BLM for taking years to do what should have taken months, the local manager accused them of being “unprofessional.”

The delay means that Jedco is losing business. But it’s bad for his customers too. They will have to spend more money on gypsum sourced from the next-closest mine in Utah, some two hundred miles away.

“I can’t run my business this way,” Cordi said.

No matter how Jedco’s story ends (and we hope for the best!), it’s become increasingly clear that the BLM’s mismanagement is the unwelcome consequence of federal ownership of so much land. Many will recall the brief showdown in April 2014 between federal officials and a handful of armed protesters led by Nevada rancher Cliven Bundy, who managed to chase off BLM rangers attempting to seize his cattle herd because of Bundy’s failure to pay public land grazing fees.

It’s hard to believe that the Founding Fathers envisioned a republic in which the national government owns one-third of the land and stifles the small businesses operating therein. With luck, we’ll see the federal government transfer that land to the states the country was founded to protect.