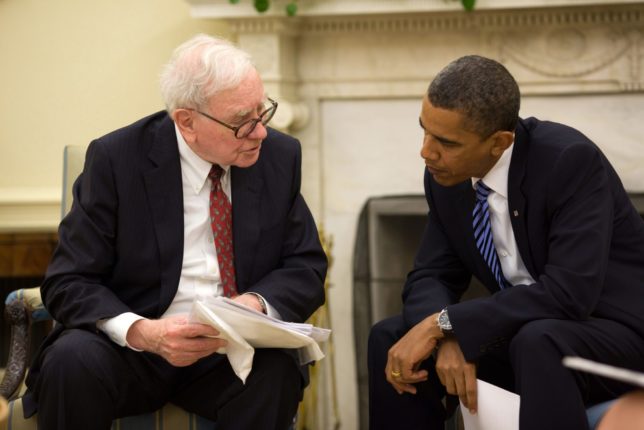 There’s no shortage of cash for the war on the unborn. That its biggest bankroller is the Wizard of Omaha—famed investor Warren Buffett—may surprise you.

Buffett is almost certainly the largest funder of abortion in human history. In the two decades since 2000 he has funneled an incredible $4.7 billion to abortion providers as well as the vast array of activist, lobbying, and research groups insulating them in Washington.

That’s enough to pay for close to 4 million 20-week abortions, according to estimates from the Guttmacher Institute, the leading pro-abortion think tank.

These billions are moved through the Susan Thompson Buffett Foundation, a little-known channel to left-wing causes funded almost exclusively by Warren and named for his late ex-wife, herself an advocate of population control who left $2.5 billion to the foundation upon her death.

Sadly, the foundation is a mainstay of the billionaire’s twisted definition of “philanthropy,” a term that has its roots in the Christian commandment to “love thy fellow man” (phil-anthropos).

Few are aware of what Buffett’s biographer has called the billionaire’s “Malthusian dread” of global overpopulation among the world’s poor. Abortion, apparently, is one answer to the alleged “problem” of too many humans. Prior to the Roe v. Wade Supreme Court decision in 1973, Buffett and his business partner Charles Munger operated a fake church that helped women cross state lines to reach abortion clinics.

In a 1997 interview with the Chronicle of Philanthropy, Suzie Buffett—the couple’s eldest daughter and Buffett Foundation chair—said that funding population control is “what my father has always believed was the biggest and most important issue, so that will be the [foundation’s] focus. I feel as his child that it’s important to carry out his wishes. It’s his money.”

In 2020 the Buffett Foundation sent $58 million to the National Abortion Federation’s (NAF) Hotline Fund to help pay for abortions—an extra impressive sum considering that the group brought in $30 million in 2019 (its 2020 finances are unavailable). Buffett gave another $8 million to NAF, which administers the Hotline Fund, accounting for 85.5 percent of its $9.5 million revenues in 2020 and effectively making it the Buffett Foundation’s lobbying arm.

Planned Parenthood and its affiliates, the biggest abortion provider in the United States, have received $785 million from the Buffett Foundation since 2000.

At least $525 million went to Marie Stopes International, an overseas abortion funder in Africa and Asia named for a British eugenicist and white supremacist ally of Margaret Sanger. Stopes once sent Adolf Hitler a book of her poems in 1939 out of admiration for his forced sterilization policies—policies “progressives” also sought to foist upon Britain and America. The nearly 50-year-old organization renamed itself to MSI in late 2020 to circumvent that embarrassing association.

One marvels that the Buffett Foundation has given $89 million to Save the Children, which despite its name provides “family planning” services to “delay, space, or limit pregnancies” in the developing world. (It’s worth pointing out that “family planning” was coined a century ago by Sanger and allies as the population control movement’s key marketing phrase.)

Buffett has also given $418 million to Ipas, which trains local abortion providers in Asia, Africa, and Latin America. Then there’s the $467 million Buffett has sent to Population Services International, another overseas abortion provider busily aborting the global poor.

The foundation has given $259 million to DKT International, a nonprofit which sells inexpensive contraceptives to poor countries. DKT was founded in 1989 by Philip Harvey, the founder of the mail-order erotica and pornography site Adam & Eve. Its name is an homage to D.H. Tyagi, a 1960s assistant commissioner to India’s Family Planning agency, the site of many early forced population curbing policies envisioned by Western elites.

Buffett has moved $57 million to Pathfinder International, a little-known juggernaut for aborting Africans founded in 1957 by Clarence Gamble of the Procter & Gamble fortune, a close friend of Margaret Sanger and major population control advocate.

The Hopewell Fund, part of a $1.7 billion “dark money” empire run by the consultancy Arabella Advisors, has pulled in nearly $66 million from the Buffett Foundation since 2015. These funds were almost certainly used to support pro-abortion “pop-up” groups—websites that appear to push policies and then zap out of existence—Hopewell’s specialty. Buffett has also donated $70 million to Hopewell’s “sister” group New Venture Fund.

The abortion activism industry is one of the most powerful pillars of the left. With a virtually bottomless well of cash to draw upon, it isn’t hard to see why. But despite all the money, the Supreme Court finally has Roe v. Wade in its sights with a decision expected next June. What will the fate of the unborn be? God only knows.

This article originally appeared in the American Conservative on January 18, 2022.