The Babysitters’ Union: Time for the Vote 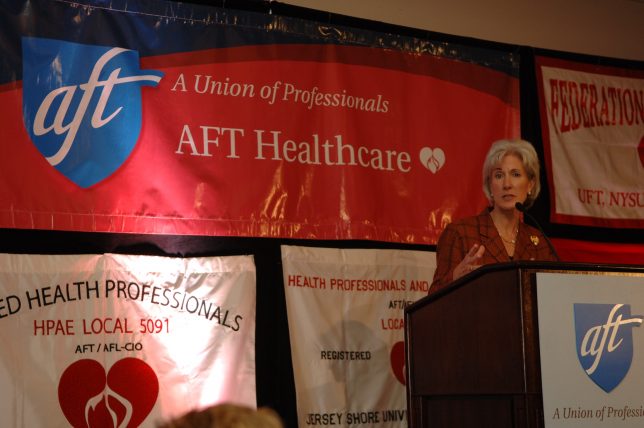 Finally, both the childcare and the homecare bills passed the state Senate within weeks of the Supreme Court decision. The moment when the final vote closed truly felt like the end of a long and bitter marathon. A moment of elation, then we hobbled away to soak our feet.

But we experienced only the briefest of respites. Now we needed to focus on the union election, the finish line we’d kept in our sights for years. This was the last sprint up heartbreak hill. No one had ever lost one of these elections—we wouldn’t lose, right?

But our ECEs were at the extreme end of union fatigue. They’d been listening to the organizers for years and couldn’t believe the election was at hand. Many of them felt they had won the fight when the legislation passed the Senate; many more were just sick of the whole thing.

Now, we had an election to prepare for. In most cases union elections proceed like normal political elections, except the ballot box is in the workplace. Turnout is often very high, near 100 percent. Our election was different by necessity: a mail ballot election. This type of election generally suffers from a low voter turnout dominated by yes votes since apathetic people usually don’t vote. We recognized the difficulty of our situation; every nerve strained because of the long campaign and the strong “vote no” movement it had engendered.

Here’s the way we worked the election: All providers in the state received a ballot in the mail, complete with return envelope to the state labor board, deadline about a week. Of course, unions work hard to identify their yes votes before an election and make sure these ballots are cast. The union has an observer in most elections, so it’s clear who voted. This eyes-on-the-prize system naturally becomes impossible with a mail ballot. In some cases organizers could watch the ballot envelope go into the mailbox, but the vast majority of the providers could not be observed. In any case, most people just want the organizers to leave them alone; they’ll say anything to make this happen. So, we let ourselves speculate while we waited and counted.

At the end of the voting period our tally showed that we turned over 600 yes voters out of the 1300 eligible voters, almost an absolute majority, clearly enough to win even if the turnout was very high. We recognized the softness our numbers, but believed we had a wide enough margin to deal with a few fibbers who said they voted yes but either didn’t vote or voted no.

On a snowy morning just before Christmas 2014 a couple of the ECEs, the director from the national union, and yours truly crammed into the small labor board office in Montpelier for the vote count. We received just over 800 ballots, more than 60 percent turnout, which was very high by mail ballot standards. We were confident that about 600 of them would be yes votes, giving us a 2-1 margin of victory. We sorted the ballots into four piles alphabetically. Slowly, portentously, we opened each ballot in the first pile, examined the contents, then placed it in one of two stacks. At last we counted.

My guts churned when the results showed us losing by five votes. A close vote isn’t in itself a problem; many union votes are close. But our numbers had predicted a comfortable victory for us. Something was very wrong here. Wait, take a breath, I told myself—two fat piles remained to be counted. I tried to deny the certainty churning in my gut that these would also skew away from us: Why should we expect a bubble of yes votes among voters with last names starting H to P any more than voters with names in the A to H pile? Still, I couldn’t stop hoping.

Alas, I hoped in vain. And experienced a slow and excruciating torture as the remaining piles confirmed the first. In the end, we lost 398 to 418. We had been completely and catastrophically wrong in our vote count. We didn’t just have a few isolated fibbers. Hundreds of providers told us one thing and did another. After all the hours of pounding the pavements, all the knocking on doors, we had no idea what was really going on in the field.

How did this debacle come to pass?

George Orwell wrote in an essay which contained the following profundity: “To see what is in front of one’s nose needs a constant struggle.” Over the course of the five-year campaign that struggle eluded me. In labor Big Ideas predominate. Chief among these are the unquestionable righteousness of the cause, and a blind faith in the notion that class determines politics. In that same essay, Orwell goes on to write of “a secret belief that one’s political opinions, unlike the weekly budget, will not have to be tested against solid reality.”

On that cold morning in Montpelier just before Christmas in 2014, my beliefs were indeed tested against solid reality. And here’s a brutal reality check: they failed. I wanted our ECE organizing project to succeed so I believed it would. I believed in the labor movement as a way to improve lives, so I ignored anything that didn’t conform to such a view. Over five years I said whatever needed saying and did whatever needed doing to move the project forward like a good union hatchet man. The struggle had lasted so long, we now had new organizers and new campaign directors. But I had worked on the union campaign from beginning to end; try as I might I could find no one else to blame. It seemed no single factor was more guilty of our defeat than my own blind faith in Big Ideas.

The day after the election I got a call from one of the organizers representing a union that had easily won the home health care union vote. “I know it hurts,” she said, “but honestly you’re better off losing than we were winning. Thanks to Harris v. Quinn we’re stuck with this thing and barely have 10 percent membership.”