The Babysitters’ Union: Organizing the Organizers 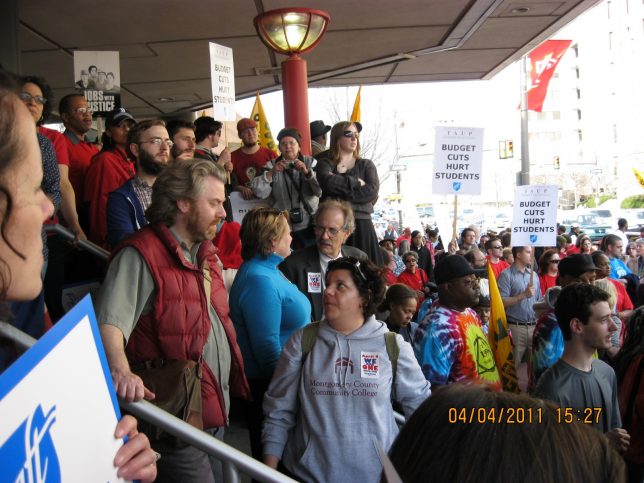 The ECE campaign would bootstrap our union’s political muscle. Half of our members at AFT Vermont were public employees already, working in higher education at the state’s university and colleges; the other half were healthcare professionals in the private sector—all full of political potential. The total universe of ECE providers in the state remained unknown, but we figured it could possibly be close to 10,000. Getting this phalanx into the union would triple our membership; we would in a single stroke become the largest union in the state.

Public sector unions are inherently political. Money for paychecks comes from tax dollars allocated by the legislature, creating an immediate incentive to play in electoral politics. Our new ECE union would be political from birth; ECE providers could take all the actions that workers in traditional unions take against employers in the political arena. Moreover, the propriety of such actions would escape debate, as the workers would be politicized from the outset. We saw a great advantage in this at the time; this was an asset, not a drawback.

Two thousand and nine seemed like the perfect time to start our vast project. The governor’s seat would be open for the 2010 elections with Democrats anxious to win it back from Republican Jim Douglas, who wasn’t going to seek reelection. AFT Vermont found this situation extremely exciting; we would seize the political moment, elevate thousands of disorganized, mostly female childcare workers, all the while working outside the existing legal framework. We would build a brand new union ex nihilo; the law would simply have to recognize the new world we had created.

We kicked off our ECE unionization campaign with a kind of union extravaganza. More than 40 organizers came in from across the country for a weeklong blitz. ECE workers didn’t ply their trade in any monolithic structure, a school or a hospital where you could reach a lot of people in a short space of time. Our providers lived everywhere in the state, mostly in homes, so our organizing drive would be based on hundreds of home visits. With good roads and better luck, your typical organizer could in a day have five organizing conversations that resulted in the provider signing interest cards. Organizing conversations are a dark art, resembling human conversations in all ways except the crucial one: real human conversation is an interchange of ideas between two people. Organizing conversations are a scripted exchange whereby an organizer does her or his best to lead their “target” through a series of verbal and mental checkpoints that result in an allegedly life-altering and consciousness-raising epiphany that collective action is the vehicle and the union is the route to employment nirvana. That hapless “target” has now been “organized.” Well, that’s the way it’s supposed to work; as long as the “target” signs the union card, everything is fine.

But it didn’t often work that way: True, the organizers I met in my union years were overwhelmingly idealistic and dedicated to the labor movement. They believed fervently in what they did, held that collective action and unionism was the only way to empower the working class. The psychological demands of knocking on someone’s door and leading them through the organizing conversation are intense; and no one can make it very long at that kind of work if they don’t believe in the product they’re selling.

So, the problem—as I came to see it—is one of human psychology and is also circular: doing the work makes you believe in it. Whether or not the organizer succeeds with the worker, the organizer will further organize themselves with every encounter: just persuading someone to sign a card isn’t really the goal. The goal is to organize them, to make sure they’ve signed the card for the right reason, because they’ve been enlightened, brought around to believe in the whole program.

The AFT wanted to have a thousand ECEs signed up by the end of that first week in 2009. The exact figure we managed escapes me now, but we got pretty close. Over the next several months we launched many similar organizing drives using the following template: map the existing networks of providers; identify the issues that motivate them; find the leaders among them; turn them toward the union. Unions have a brutally functional, not to say totalitarian definition of leadership: a leader is someone who has followers. A leader is not someone who merely exhibits certain positive personality traits or occupies a specific leadership role. We needed to identify ECE leaders who could initiate meetings with legislators and build support for our project. AFT organizers worked tirelessly toward this end for months.

Meanwhile, preparations for the 2010 elections got underway. In Vermont all elected officials run on the same two-year cycle; this meant the Vermont House, Senate, and Governor all faced upcoming elections. National unions, political animals that they are, showed an early interest in Vermont with an eye toward flipping the Republican governor’s seat to the Democratic side. AFT Vermont quickly made it clear that the ECE project remained our top priority; we would only support candidates that supported it.

Five candidates ran in the democratic primary that year, each of them looking for support and a way to stand out from the crowd. We made up blue t-shirts for the providers and did our best to make sure that at least one “Lady in Blue” could be found at every campaign stop in every corner of the state to ask the candidate to support the right of ECEs to organize.

The candidates asked our union many questions. We talked to them affably and answered all questions, but then the time came to draw the line: “When the legislature passes the bill allowing these women the right to organize will you sign it?” we would ask bluntly. And we made it clear we would not support a candidate who answered no.

After one prominent candidate came out in support of our project, the other four, sensing either danger or opportunity, immediately offered their support. So, we went five for five; and as long as a Democrat won the election, we’d have a supportive governor.

Meanwhile, out in the field, the union was starting to come together. Or so it seemed. We found our leaders and put on professional development programs on early childhood education and the importance of the work they did. Hundreds of providers talked to sympathetic organizers who made them feel like more than just babysitters, that they were truly important in children’s lives. Powerful experiences for these neglected ECEs, far more visceral than any postulated “class awakening.”

We might be able to create the union’s legal framework; we might even gather enough cards to trigger an election. And with hard work we might be able to create the appearance of a union, finding a few dozen providers from around the state to form the organizing committee, the central core of committed activists that every union drive needs to succeed. We could create the illusion of a union, but there existed no real cohesion among the great majority of providers. They were truly independent contractors and small business owners, with no real sense of belonging to a group of like-minded fellows in the same way as nurses in a hospital or workers in a factory. We desperately sought this basic union framework, true it’s hard to manufacture it, but we found a few providers who shared that vision.

With periodic, massive injections of organizers we could make a few sizable events. But the real connection and cohesion just did not exist. There was not enough stuffing in this shell.

In any normal organizing drive this realization might give a union pause. As soon as a self-respecting union organizer identified the basic lack of cohesion, they would end the drive and move on to the next target. But we never considered this option. For one thing, breaking into the quasi-public employee world of childcare providers was a strategic initiative dreamed up by the big boys in the national union. We knew we would have to build our new ECE union to gain respect and were prepared for it to be hard. Another reason is that we didn’t really expect this union to tangle with management pressure, the kind that would exist in a hospital, for instance. No actual employer existed to assert another side to our story. In union terms, there would be no “Boss Fight.” Also, ECE unions existed in other states, houses of straw that would stand forever so long as no one came to huff and puff on them—so why not in Vermont? But overarching all these tangible reasons stood the simple human proclivity for sunk-cost reasoning: we’ve worked so hard on this, we said to ourselves, we can’t stop now! It’s got to work!

In the next installment of The Babysitters’ Union, take a peek inside the AFT’s state politicking.