The American Psychological Association Has Lost Its Mind 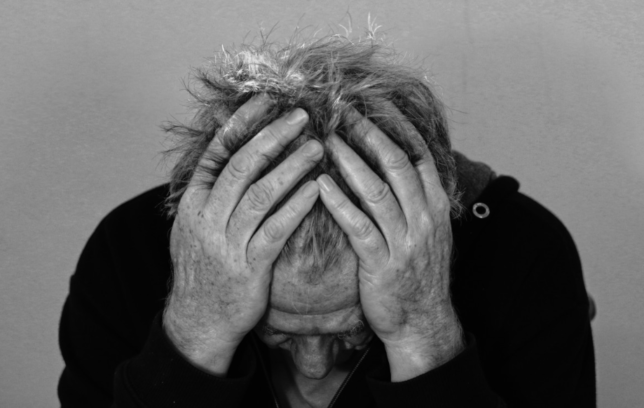 When the American Psychological Association (APA) published its guidelines for Psychological Practice with Boys and Men in August 2018, few paid attention to the dry academic piece. It instructed therapists and clinicians to treat traditional masculinity (defined as stoicism, competitiveness, dominance, and aggression) as “on the whole, harmful” and entirely socially constructed. It wasn’t until a synopsis was published five months later that TV pundits, writers, and the twitterverse noticed the bazar display of intersectional insanity concocted by an organization that is synonymous with mental health. It’s not surprising though. The psychologists who make up the APA are overwhelmingly left-wing.  A 2012 study found that of 800 psychologists surveyed, only 6 percent identified themselves as conservative.

Unlike the American Bar Association, which is a 501(c)(6) trade association, the APA is primarily a 501(c)(3) public charity; it is the oldest of the APA entities, has most of the APA’s total revenue and expenditures, and even receives federal grants. Despite its legitimized position as an institution of pure medical science, it’s Form 990 shows that the APA’s third highest expenditure (which included over $2.5 million in federal donations) was dedicated to social justice education and public policy.

That’s why the ideological and political inclinations of the Psychological Association are so noteworthy. In fact, it was only shortly after its creation at the end of the 19th century that the APA became a political actor.

According to the American Psychological Association’s own archived timeline, the APA was founded in 1892 by G. Stanley Hall in Clark University when psychology was still an extremely new field and had no meaningful relationship with the government. Early on, the field of psychology would have a far-left streak. In 1899, the APA elected John Dewey as president for the year. A self-described “democratic socialist,” John Dewey was a far-Left Socialist who opposed the enlightenment concepts of individualism enshrined by negative rights—ideas that the founding fathers used to create the United States.

As the organization and the field of psychological science grew, so did its relationship with the government as advancements in the field allowed the APA to assist with specific government policies. That was the case in 1917 when the APA president Robert M. Terkes wrote to President Wilson to offer the APA’s assistance should the U.S. enter World War I. Shortly thereafter, the APA started the Committee on Psychological Examination of Recruits.

Despite its larger role as a mainstream institution, leftist ideology permeated the growing field. In 1937, the communist group called the ‘Psychologists League’ marched for more jobs on May 1st—May Day—during the Great Depression. While the APA itself did not participate and the league disbanded shortly before WWII, the League was the precursor to the Society for the Psychological Study of Social Issues, also currently known as Division 9 of the APA. The APA would continue to grow thanks to its ongoing relationship with the military in WWII. It acquired its 501(c)(3) nonprofit status in 1940. Five years later, the government issued its first certificate to practice psychology.

In retrospect, WWII was a nexus point for the Psychological Association, when it exponentially grew in physical size and importance within American society. In 1961, the APA joined state governments to form the Association of State and Provincial Psychology Boards (ASPPB), and established a standard examination for practicing therapists, the EPPP.  Meanwhile, during the U.S. counter-culture movement in 1964, the Psychological Association supported President Johnson’s left-wing Great Society Program, which funded psychological research through Project Head Start. From the end of WWII to 1970, the APA’s membership rolls would grow 630 percent. A long way from the meager group of 26 men who met in a University study.

After the war, the APA expanded its activism in the legal system too, writing amicus briefs on cases seemly far outside its area of expertise. The APA is a vocal advocate for abortion starting with City of Akron v. Akron Center for Reproductive Health (1983) through to Casey v. Planned Parenthood (1991). The APA has also fought against reopening the nuclear reactor at Three Mile Island in Metropolitan Edison Co v. People Against Nuclear Energy (1983), advocated for affirmative action policies in its brief for Fisher v. University of Texas (2016), and argued in the Masterpiece Cakeshop case to force the bakery to bake a cake for a same-sex wedding.

Back in its area of expertise, the American Phycological Association uses its platform as an academic and mental health association to chime in on public health issues. But most of these efforts go to protecting Obamacare (ACA). Its website reports that the APA and its 501(c)(6) trade association (APA Practice Organization) in 2017 “joined together to issue more than 25 Action Alerts and Information Updates about the ACA. [Its] members rose to the occasion each time, sending almost 60,000 messages to Congress, urging them to preserve the law.”

If these activities weren’t enough, much can be gleaned from the American Psychological Association’s funders. Philanthropists give more to healthcare than any other charitable cause, so naturally, the Psychological Association receives generous grants to support mental health initiatives. But many of the grants suggest a possible political motivation. The APA’s finances show that in both 2016 and 2017, the organization received between $2.25 million and $2.5 million in grants and contracts. FoundationSearch reports that between 1998-2017 organizations such as the left-wing Annie E. Casey Foundation, the Arcus Foundation, and the W.K. Kellogg Foundation, have contributed $100,000, $120,000, and $355,000, respectively. The Arcus Foundation specified many of its grants to focus on LGBT issues.

Since the election of President Trump, the APA expanded its range of issues to include climate change and immigration. On November 2018, the APA declared that climate change is its “call to action” as the organization helps environmentalists tailor messages to the public. The APA also opposes President Trump’s boarder wall on the U.S. southern border and advocated for the Dream Act of 2017. It’s unclear what these issues have to do with licensing and educating psychologists.

Regardless of the APA’s intentions, its decisions do not exist in a vacuum. For example, the growing belief that the best medical response to prepubescent children who claim to identify as another gender is to permanently alter their biology is encouraged by the APA’s deflection on the issue. Meanwhile, the APA elaborates that it is harmful for professionals or parents to “conform to any particular gender expression or identity.”

There is also the overuse of the debunked racial “implicit bias assessment,” which has irresponsibly led the APA to suggest that “80 percent to 90 percent of white people show this bias.” The APA has even suggested ways to treat bias without any evidence of what it even means to be “successful.” The term ‘bias’ does not automatically show malevolence or even intentionality when a person discriminates, one would think psychology above any other field would be aware of the power of subconscious thoughts regarding human behavior; the consequences can be severe when left unchecked.

The APA also enthusiastically adopted “microaggression,” as the proper term for an undeniable phenomenon, but many critics doubt it’s scientific credibility or fear the consequences of proliferating this rhetoric.

While men certainly face significant untreated mental health issues, the APA’s foray into gender politics takes a counterproductive step. If stoicism and traditional masculinity are viewed as the problem, the APA must say masculinity is socially constructed, even though its own guidelines have few applications for this philosophy. The major options therapists have include devaluing the client’s perceptions of their own masculinity, to educate them about their patriarchal privilege “to help them obtain the knowledge, attitudes, and skills to be effective allies and potentially live less restrictive lives,” and to occasionally meet them outdoors. If psychologists were to even suggest that masculinity is natural, that would directly violate Carl Roger’s humanistic theory that a therapist should have “unconditional positive regard” for their patient; but it also violates the more general rule that a therapist should not have unconditional negative regard for their clients.

The APA is still the leading voice in mental health, as well as the government’s gatekeeper of psychology licenses.  But it’s using its power to influence fields and topics far outside its area of expertise while campaigning for illiberal and nonscientific policies that barely touch on mental health.