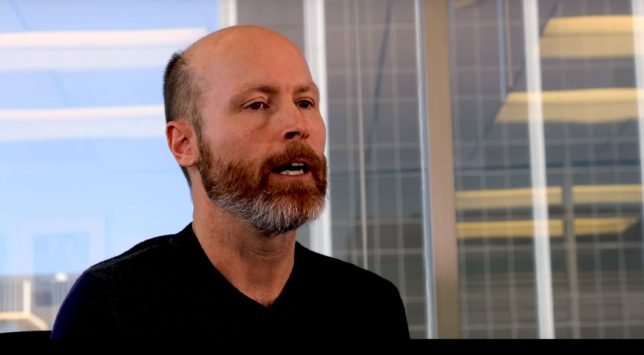 The Youth Policy Institute (YPI), a Los Angeles nonprofit with over $40 million in annual revenue, abruptly shut its doors in October 2019. YPI was in an untenable financial situation caused by mismanagement and alleged impropriety. Its rapid demise demonstrates how nonprofits that become reliant on money from the federal government for their very existence can jeopardize their intended beneficiaries when they collapse, while leaving the taxpayer holding the bag.

The YPI was founded in 1983 and operated a large network of programs geared toward the most vulnerable children in Los Angeles. It provided tutoring, job training, afterschool workshops, and a variety of other initiatives designed to improve the overall wellbeing and prospects of these children. Recent years had seen over 100,000 participants in YPI programs, and its successes were being recognized locally right up to its abrupt closure amid the fallout from a “devastating audit.”

Some of YPI’s fiscal woes may be attributable to outright malfeasance. Dixon Slingerland, who was recently terminated as YPI’s president, was accused in YPI’s bankruptcy filings of misusing up to $1.7 million for his own personal expenses (such as his property tax bill and private tutoring for his children) and partisan political contributions. Though the filing does not identify which political campaigns may have received the money, Slingerland was a noted Democratic fundraiser, bringing in a combined $743,000 for Barack Obama’s two presidential campaigns and hosting at least seven fundraisers for Los Angeles Mayor Eric Garcetti. Prior to his termination, Slingerland’s reported salary was over $394,000 a year. Slingerland has called many of these allegations “incorrect and extremely misleading.”

Probably more terminal to YPI, however, was a fundamental overreliance on federal grant and contract money. An examination of recent audits available from ProPublica reveals that federal award expenditures totaled about $27.5 million in FY2016, $35 million in FY2017, and $33.9 million in FY2018. This represented 67 percent, 84 percent, and 73 percent of total revenue in each of those years, respectively.

As explained by Nonprofit Quarterly, the problem appears to be that YPI received so many government grants and contracts that it was unable to keep up with the overhead costs of implementing the associated programs. Essentially, it grew itself into an unsustainable oblivion on the taxpayers’ dime, a problem that apparently has become something of a “pattern” in the nonprofit world.

An independent audit and the federal government raised red flags. The U.S. Department of Education, the largest of YPI’s seven different federal benefactors, withheld almost $6 million due to “serious concerns about YPI’s fiscal mismanagement and lack of internal controls.” For his part, Slingerland blamed the Trump Administration in general and federal “compliance and oversight” specifically for the nonprofit’s problems. That’s a remarkable statement given that compliance and oversight are lynchpins of proper stewardship of public money, and criticizing them for the issues they expose is akin to raging against the x-ray machine that reveals a broken bone.

While the impact of YPI’s collapse on Los Angeles’ children and schools and on the suddenly unemployed staff has rightly vexed many commentators, another group of victims is often overlooked in this debacle: the taxpayers. The audit identified millions in questionable costs, including overbilling to grant programs. Internal investigations revealed that YPI had disbursed federal funds for programs that had not incurred any expenses. As of October 2019, the Department of Education was working “to properly account for how taxpayer dollars were spent.”

To be sure, all investments—and that’s exactly what these federal programs represent—carry some risk of failure. The crucial difference between government-funded nonprofits and privately supported nonprofits is that private donors choose the risks they take when they contribute. The catastrophic failure of a nonprofit such as YPI is still troublesome when supported by private philanthropy, but the impacts are felt only by those who gave money voluntarily. On the other hand, when the funding comes from taxpayers who had no choice in providing the money, much less how it was spent, such failures become much more aggravating.

It’s also important to remember that the taxpayers’ investment in such nonprofit-operated federal programs isn’t limited just to auditable grants and expenditures. Years of consistent operation can accrue cumulative benefits in everything from community trust and credibility to experienced staff and volunteers.

When an organization such as YPI collapses, these longer-term returns on public money are jeopardized, if not lost altogether. YPI’s last-minute scramble to find other groups willing to pick up its slack is an inexcusably sloppy way to wind up a legacy of tens of millions worth of public support. One hopes the children that were being served aren’t too negatively impacted.

Government funding to nonprofit organizations will always be problematic simply because it compels taxpayers to support private charitable organizations that they had no role in choosing and may not wish to support. If public money must be spent on nonprofits, it is critical that grantees maintain a sound fiscal footing, not only for their own operational purposes but also because they are stewards of public trust.

Effective preemptive scrutiny over just how much a federal grantee depends on the federal funding it receives would both reduce the probability of another YPI-style implosion and limit the taxpayer fallout if it nonetheless occurs.