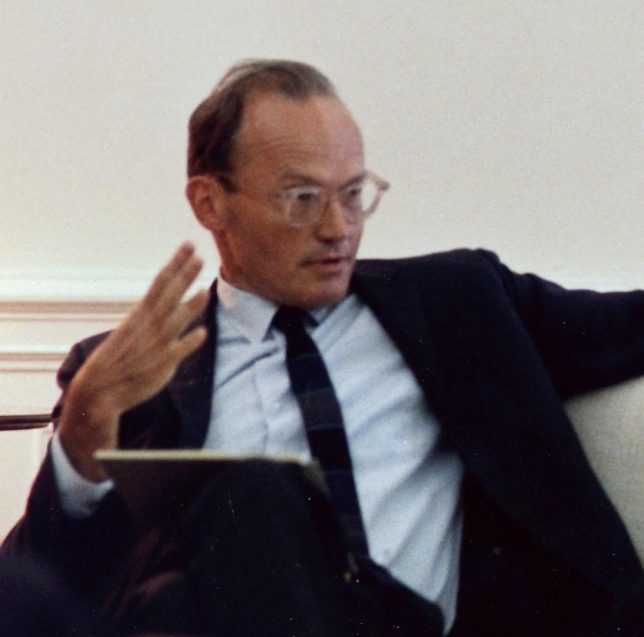 McGeorge Bundy of the Ford Foundation
by Neil Maghami

Outcomes of the Tax Reform Hearings

The House hearings were followed by hearings in the U.S. Senate. The package of legislative changes that emerged from the hearings and other discussions about necessary tax code amendments were signed into law as the Tax Reform Act of 1969 by President Nixon on Dec 30, 1969. In his remarks at the time of signing, Nixon noted that, under the Act:

[T]ax-free foundations were brought under much closer Federal scrutiny although Congress wisely rejected provisions that would have hampered legitimate activities of the voluntary sector. At the same time, we must recognize that congressional consideration of this matter reflected a deep and wholly legitimate concern about the role of foundations in our national life.

(Note that President Nixon did not set a time-limit for further “congressional consideration of this matter,” or imply that the matter had been settled forever.)

While it’s true that the final version of the law did include a prohibition on foundations engaging in “lobbying” activities this rule was—and has remained—very tightly focused on certain specific activities. This was not, however, a prohibition on broader advocacy, education, or public persuasion efforts.

Martin Morse Wooster has summarized other key impacts of the Tax Reform Act as follows:

As noted by Wooster, one idea that did not make it into the final version of the Act was “a 40-year time limit on foundations.” The mere fact that Senator Albert Gore, Sr. (D-TN) proposed the time limit and that it made it into an initial version of the Senate tax reform bill, however, was itself an interesting measure of Senatorial ire with the large foundations. (In its own published summary of the 1969 tax reform drama, the Rockefeller Foundation credits Senator Walter Mondale (D-MI) with “a key role in defeating” Senator Gore’s proposal.)

In an echo of Hillary Clinton’s attacks on the “deplorables” who voted for President Trump, at least one foundation president, Alan Pifer, felt he knew who to blame for the foundations’ 1969 political troubles, and he was not shy about naming names.

In his message accompanying Carnegie’s 1970 annual report, he proclaimed, “…there remain in the nation many people, especially in the nation’s ‘heartland,’ who continue to have a kind of populist distrust of private institutions, associating them with great wealth, privilege, and a social caste system” (emphasis added).

The 1970 message built on a November 1969 speech by Pifer, where he denounced “the kind of doctrinaire populist opposition to foundations [that holds themselves up] as a matter of democratic principle,” which he saw rooted in the idea that “because foundations derive from great wealth, they ipso facto must be suspect” (emphasis added).

George Harrar, President of the Rockefeller Foundation, summarized his view of the 1969 tax hearings in his message accompanying the foundation’s report for that year:

The new law does essentially nothing to help foundations perform their function better. Hopefully, it may help to prevent the kind of abuses of the tax exemption privilege which have occasionally been identified. It certainly makes the work of private philanthropy—which has been of such enormous value to so many people for so many years—a more difficult task, and subjects private foundations to discriminatory taxation.

McGeorge Bundy, for his part, was much more restrained—even reconciliatory. In his message accompanying the Ford Foundation’s 1968-1969 annual report, for example, he referred to the tax reform act’s “calls for full disclosure every year both to the government and to the public of detailed information about foundation income, expenses, operations, and organization” as among “its most important and therapeutic provisions,” helping to “dispel mystery and misunderstanding…” This represented, to Bundy, “an opportunity, not a burden.”

He also observed that “[m]ost parts of this new law on foundations we regard as constructive, necessary and long overdue; others give us concern; a few may not serve the public interest.…[T]he freedom of foundations requires enough regulation to provide confidence, in Congress and in the country, that serious abuses are being prevented. Our problem is to ensure that we are sufficiently understood and sufficiently supported by Congress and the public, to make that regulation reasonable—a support to our freedom and not an obstacle to it.”

He added: “In appropriate cases we held discussions with grantees to emphasize the new legislative guidelines. Moreover, in appropriate instances, we have incorporated relevant provisions of the Act in our new grant letters.”

Taking further stock in his 1972-1973 annual report message, Bundy decided to mark “the fifth year of life” following the 1969 hearings by reporting “briefly on the nature of our experience with the [Tax Reform] Act of 1969.”

Bundy provided an even-handed appraisal: “The 1969 Act is complex, and we do not believe that all of its detailed provisions serve the public interest. In one or two places, for example, it tends to inhibit investments, both financial and charitable.…Our central finding, however, is that the Tax Reform Act of 1969 has given statutory endorsement to a role for private foundations that is sound in itself and consistent with the best of American tradition.”

And in his final message as the foundation’s chief in its 1977-1978 annual report, Bundy said: “…the Tax Reform Act of 1969, as finally passed, was, with one exception, a generally acceptable framework of regulation. It established requirements for adequate charitable expenditures and for improved public reporting, and by its very existence it helped to persuade Congress that no private foundation is a great loose cannon on the deck of the ship of state. The one major flaw in the Act was a 4 percent ‘excise’ tax.”

These issues aside, he also said: “[T]he troubles of 1969 were not all that bad.…The real threat to foundations in the Act of 1969 was that timid trustees would misread its portent and shy away from controversial activity. Throughout the field this happened less than many feared. It did not happen here at all. I suppose our Trustees have imperfections invisible to their president, but timidity has not been one of them.”

In the final installment of Tax Reform 1969, learn how the critics of the charitable sector responded to the changes to the tax code.