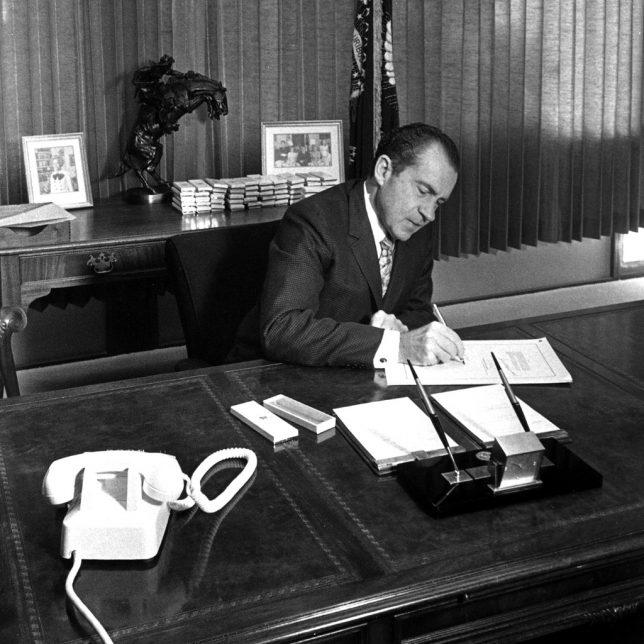 Next year marks the 50th anniversary of a freewheeling debate on what limits, if any, ought to be imposed on the activities of the largest U.S. tax-exempt foundations. The debate took place through U.S. House of Representatives and U.S. Senate hearings on the impact of potential tax code changes on foundations. To some, these events represent a dark moment in the history of American philanthropy. Prof. Stanley Katz of Princeton, for example, has written about how “the congressional backlash of the Tax Reform Act of 1969” was a reaction to the “overtly policy-oriented behavior of the Ford Foundation, under the leadership of McGeorge Bundy.” According to observers such as Prof. Katz, this “backlash” frightened America’s “major foundations” into being “ostentatiously careful about taking strong positions on matters of political contention”—lest they again provoke Congressional rage.

To the degree that people today are aware of the 1969 tax reform act at all, Prof. Katz’s words as above represent the consensus view—to their eternal shame, aggressive Congressmen and Senators, jealously sought to protect their political power, by haranguing and berating right-thinking foundation leaders who simply wanted to change America for the better through grants helping progressive policy causes. A review of the available documentation, however, reveals a more complex picture.

The 1969 tax code hearings generated hundreds of pages of testimony, as well as commentary from various pundits. This article will focus on the events of 1969 with an emphasis on how they pertained to the activities of the major players—the Ford Foundation, the Carnegie Corporation, and the Rockefeller Foundation.

The societal changes that characterized the 1960s did not spare the nation’s largest foundations; their previous focus on traditional philanthropy gave way to a mania for “social change.” The social turmoil of the 1960s explains in part why the 1969 tax reform fight erupted when it did. As Heather MacDonald has commented in an article for City Journal on the large foundations’ transformation in the late 1960s, “America’s most prestigious philanthropies…aspired to revolutionize what they believed to be a deeply flawed American society.”

In his presidential message accompanying the Carnegie Corporation’s 1968 annual report, for example, Alan Pifer envisioned foundations as the equivalent of society’s physicians, with the responsibility to both determine the most pressing social ills and then cure them. This was not because of any particular expertise possessed by the foundations, according to Pifer, but was rather anchored in the fact that ultimately they were accountable only to themselves:

Among the vast array of institutions, public and private, profit-making and nonprofit, which comprise the fabric of contemporary American society there is none which possesses greater freedom than the foundation. Unlike a business enterprise, it is not subject to the discipline of the market place nor, like public agencies, of the ballot box. It is not dependent on others for funds. It does not have to be responsive to the claims of a membership or of alumni, students, or faculty.… In short, it enjoys less constraint by the usual forms of accountability to society than does, perhaps, any other type of institution.…

No other has as great liberty, and consequently such an awesome responsibility, to diagnose the need for institutional reforms, however controversial these may be, and to help bring them about. The foundation can put itself above the special interests which restrict the vision of most organizations and the parochial concerns of the professions and consider only what is for the common good—tomorrow and on into the more distant future.

Viewed in this way, Pifer continued, foundations had an obligation to “try to use [their] particular strengths to help along those types of social change that will make for a better world.”

Let’s acknowledge Pifer’s open contempt for the concept of “donor intent.” There’s no room in his vision for honoring the guiding principles espoused by a foundation’s creator, no acknowledgement of the original causes that individual wanted to support with a lifetime’s accumulated wealth. Pifer only seems to care that foundation dollars be spent to advance what we recognize today as trendy causes, circa 1969. In other words, he shoved aside donor intent without a second thought.

These objectives are, perhaps, obvious, but they are more difficult to achieve than they may seem to be. In some cases, foundations are fettered by overly restrictive charters. In others, the close control exercised by individual donors or corporations prevents them from taking full advantage of the unusual freedom given them by society. The capacity of these foundations to support social innovation is often severely circumscribed by the special interests of their sponsors.…But the touchstone of the true foundation, some would say, in the form in which it can have its highest value to society, is absolute, unfettered independence protected by trustees and staff whose sole loyalty is toward the long-run public good [emphasis added].

But “public good” is a squishy term that means different things to different people. Large foundations enjoy an enviable freedom of action matched by few other institutions; shouldn’t we be concerned about such unfettered freedom given this uncertainty?  Alan Pifer didn’t see cause for concern, since, of course, foundation staff and trustees have only the purest of motives when making decisions. Who needs a President, a cabinet or even a Congress with our large foundations ready to crusade selflessly for change and lead America into a new era of 1960s inspired progress?

If Pifer’s words accurately reflect some of the intellectual currents swirling in foundation circles at the time, then McGeorge Bundy, his counterpart at the Ford Foundation, demonstrated how those currents were being translated into action—especially where it came to using foundation dollars to help get the push for radical identity politics off the ground in the late 1960s.

Bundy and Pifer were closely aligned in their thinking. Echoing Pifer in a 1968 speech entitled “Government as Colleague and Petitioner,” Bundy took a sweeping view of foundations’ freedom, as private organizations, to intervene in society and directly take sides in political debates:

It makes no sense, in the last third of the twentieth century, to suppose an arbitrary division between what is done publicly and what is done privately. One of the responsibilities of the private organization, is, in fact, to concern itself with the relationship between the problem it is attacking and that part of the problem which, on honest assessment, it believes is also a part of the responsibility of political institutions and political forces….And here is another role for private citizens and foundation money working together: not simply as licensees or junior partners or consultants, but also as constructive critics of the government—sources of ideas about how it can do its business better.

Under Bundy’s leadership, however, the Ford Foundation went a step further and cultivated partnerships with radical political forces. For example, in his message accompanying Ford’s 1966-1967 annual report, he dismissed concerns about the rise of black nationalist groups and even signaled that Ford saw them as legitimate community partners:

But none of us who are white should suppose that Negros will really choose to stand aside from American life as a whole.…Meanwhile, the Ford Foundation will work with Negro leaders of good will and peaceful purpose without any anguished measurement of their position on the issue of a separated power of blackness as against the continuing claim to integration [emphasis added].

In the next installment of Tax Reform 1969, learn how the Ford Foundation’s activities brought suspicion upon the nation’s charitable foundations.