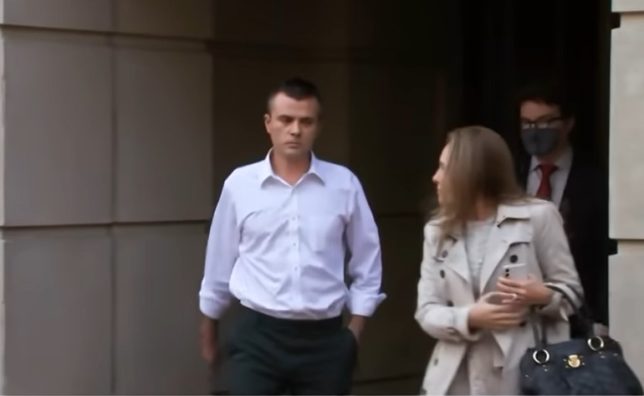 The wildest résumé in Washington, DC, now belongs to Igor Danchenko, primary sub-source for the discredited Steele dossier. The list of those who have paid (directly or indirectly) for his dubious professional services includes Hillary Clinton’s presidential campaign, the Brookings Institution, and . . . the FBI.

We know that last item because of a recently released court filing in the federal criminal proceeding against Danchenko, who is charged with lying to the FBI about his role in preparing the infamous Steele dossier. In the motion filed this week, U.S. Department of Justice Special Counsel John Durham revealed that the Bureau put Danchenko on the payroll as a “paid confidential human source” in March 2017 and did not terminate the “source relationship” until October 2020.

The motion filed by Durham does not make clear whether this means Danchenko was getting the FBI paychecks, courtesy of the U.S. taxpayers, for the full period from March 2017 through October 2020. But it does mean the Bureau was keeping the official relationship going throughout most of the Trump administration and for at least nine months after the December 2019 Department of Justice Inspector General report informed the whole world that the Steele dossier was nothing more than witless gossip.

By the time FBI counterintelligence agents had put him on their payroll, Danchenko had already been a target of the Bureau’s counterintelligence division. This has been publicly known since 2020 but was reiterated in the Durham motion. Beginning in 2009, the Bureau became worried that Danchenko was trying to obtain classified American secrets from the Obama administration so he could sell them to the Russians. According to the court motion, the FBI increased its efforts after learning Danchenko “(1) had been identified as an associate of two FBI counterintelligence subjects and (2) had previous contact with the Russian Embassy and known Russian intelligence officers.” The motion notes that the investigation was closed in 2010 “after the FBI incorrectly believed that the defendant had left the country.”

So, in addition to Clinton, Brookings, and the FBI, there was also suspicion at the FBI that Danchenko might have had (or been seeking) a paying gig from Putin’s spymasters.

InfluenceWatch has extensive profiles of the hapless Trump-Russia collusion hoax and the Federal Bureau of Investigation.

In November 2021, Danchenko was arrested and charged with lying to the FBI. This could make it difficult for him to resume his complicated professional relationship with the Bureau. But both InfluenceWatch profiles reveal embarrassing examples where much crazier things have already occurred.