Stealthy PAC Aims to Close the Gaps in Democratic Influence 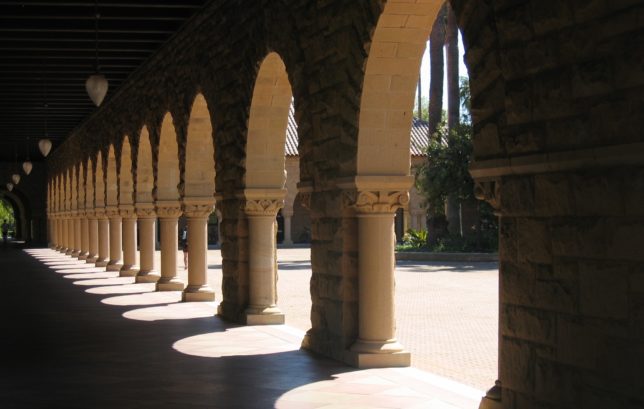 Vox’s Recode leaked a memo from Mind the Gap (MTG), a stealthy political action committee (PAC). The memo to its donors claimed that MTG helped win the Democrats three more seats in the House of Representatives than independent analytics group Civis Analytics predicted.

The claim is plausible. MTG targeted 20 House races, and Democrats won 10. Of the 10 losers, seven have chosen to run again and will likely be supported by MTG once again.

The PAC’s aim is to funnel millions of dollars from Silicon Valley executives into Democratic politics in a rather unique and stealthy way. It is stealthy because it never actually holds any of these funds; it simply makes recommendations to donors to coordinate donations to specific nonprofits at times that would have the greatest impact. MTG claims responsibility for funneling over $20 million into House elections.

Its sister organization, a 501(c)(4) nonprofit called MTG Research Inc., does research for MTG. Both organizations began in 2017, but neither they nor the IRS have produced a publicly available tax return.

Two professors and a research fellow started MTG at Stanford University in 2018. All three have political or legal experience.

Founder and president Barbara Fried is a professor of law at Stanford, with expertise in political theory and distributive justice. She wrote a biography on economist Robert Hale, famous for his progressive views and disgust with libertarian-style laissez-faire economics.

Professor Paul Brest served more than 12 years as the president of the William and Flora Hewlett Foundation. While there he turned the Hewlett Foundation into a liberal grantmaking powerhouse. For example, the foundation made a $500 million commitment to climate research while he was president. Brest returned to Stanford in 2012 as a professor of law.

Finally, Stanford research fellow Graham Gottlieb worked for three years in the Obama Administration. His focus of study is “to identify organizational reforms, as well as new policy mechanisms, that could increase the ease with which outside knowledge, expertise, and funding can flow to the government specifically for the creation of behaviorally-informed policy.”

These three have combined their experience in technology, policy, and administration to create MTG, which they hope will facilitate over $100 million in spending on races and programs that they claim would galvanize involvement and increase Democratic voter turnout. They want to execute their plan secretly, choosing to remain outside the public eye and accept minimal direct donations. They are essentially acting as consultants, building a network of donors who trust their research and will donate directly to programs and campaigns based on MTG’s recommendation.

MTG has outlined a giving program that offers names and dates for donors. They are also targeting swing states, making Wisconsin, Michigan, Pennsylvania, Florida, and Arizona key battlegrounds for their efforts. Their plan has three parts.

Secondly, they will support get-out-the-vote efforts to get voters (specifically of low income) to the polls. Their data show these citizens primarily vote Democrat but often do not vote at all. Therefore, by making voting easier for these citizens, they can unlock a portion of the Democratic electorate that they otherwise would not get. This will take place between January and June 2020.

Finally, they’ll identify “orphan” races with large spending disparities. These races aren’t necessarily close or winnable but could be important in galvanizing Democratic support and getting down-ballot votes. Winning a few of these seats, especially at the state legislative level, could have a significant impact. With the 2020 Census soon to force redistricting, Democrats aim to win as many seats in state legislatures as possible to allow for more favorable redistricting for future federal elections. They aim to finish funneling money into races by mid-October.

All things considered, this is an ingenious approach to remain out of sight and have a sizeable impact. Republicans would be wise to monitor MTG and their progress throughout the election while learning how to replicate their strategy and produce success. In the meantime, MTG is shaping up as a formidable force in this election and in the future.