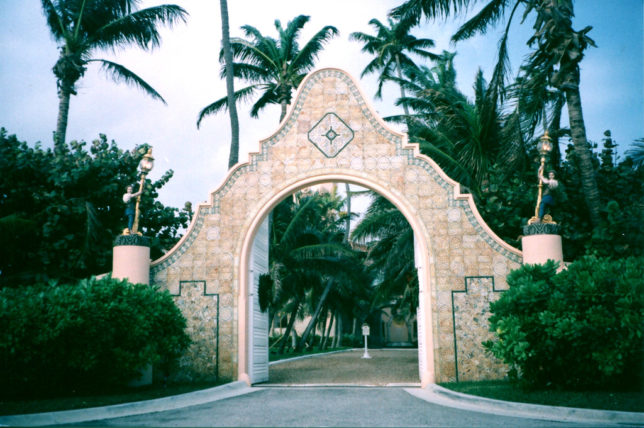 The Southern Poverty Law Center (SPLC) has so much power it can even pressure President Trump’s Mar-a-Lago to cancel an event hosted by some of the president’s most ardent supporters.

The SPLC’s “Hatewatch” broke the news that ACT for America was originally planning on hosting an event at Mar-a-Lago on November 7. The day after the story appeared on “Hatewatch,” the issue became national news, with news outlets uncritically sharing comments by the Council on American-Islamic Relations (CAIR), an organization that even Democratic politicians have reportedly suspected has ties to terrorism.

Ibrahim Hooper, the national communications director for CAIR, suggested that Trump was profiting off of the event, claiming, “The hate group makes money and President Trump makes money. It’s a win-win for bigotry.”

ACT for America, a small 501(c)(3) with a $350,000 budget in expenses for 2017, works to “ensure the safety and security of Americans against all threats foreign and domestic while preserving civil liberties guaranteed by the US Constitution.” The Anti-Defamation League (ADL), however, calls ACT for America “the largest anti-Muslim group in the United States today,” and SPLC designated it as a hate group—meaning ACT for America joined other entities like the Family Research Council (FRC), the conservative news website WorldNetDaily, and the Alliance Defending Freedom. (ADF has successfully won cases considered by the U.S. Supreme Court.)

Soon after the SPLC and CAIR went after ACT for America, a spokeswoman for the Trump Organization told the New York Times and Hatewatch, “This event will absolutely not be taking place at Mar-a-Lago.”

Conservative commentator Michelle Malkin, who was set to be the keynote speaker at the event, criticized the “chilling ‘cancel culture’ campaign being waged against patriotic journalists & activists.”

ACT for America issued a statement on Twitter, writing,

Over the weekend, CAIR, the discredited SPLC, and the Fake News Media, went on the attack and publicized our private dinner gala being held at Mar-a-Lago in November. These articles falsely claimed that ACT for America is an Islamophobic ‘hate group’ seeking to influence the President by using his private club.

Regrettably, the Trump attorneys in New York caved to the Left’s bullying tactics and made a decision to cancel our event within hours of the articles coming out. Although ACT for America is disappointed in the cancellation, our mission remains the same, and we will continue to stand with President Trump and support him in his fight to save our country.

As the SPLC has been bragging about its role in getting the event canceled, ACT for America’s founder, Brigitte Gabriel, has been running a fundraiser to “Help Us Fight Back” against the smears by the SPLC and CAIR.

While many news organizations blindly accepted the SPLC’s description of ACT for America as the truth, the SPLC has gotten into legal trouble for its accusations of Islamophobia. In June 2018, the SPLC paid a $3.37 million settlement and issued a public apology after including Maajid Nawaz in its “Field Guide to Anti-Muslim Extremists.” The SPLC has also had to apologize for some of its politically-motivated decisions in the past, such as when the organization created an “Extremist File” on Ben Carson. The SPLC, however, has not accepted any blame for the shooting that occurred at the FC headquarters in 2012, even though the shooter reportedly told the FBI he was inspired by the SPLC’s hate list.