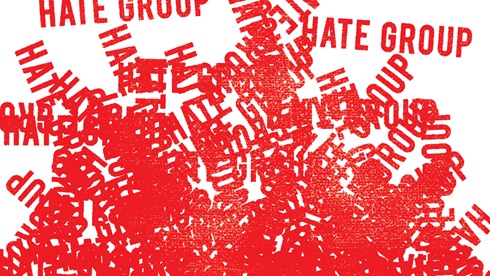 Image credit: Focus on the Family. goo.gl/FihzM5
by CRC Staff

According to the SPLC, white nationalists, emboldened by President Trump, are responsible for the rise in violent black hate groups over recent years.

In light of the Jersey City shooting that killed six people perpetrated by two supporters of the Black Hebrew Israelites, Forward reporter Aiden Pink shared on Twitter what the SPLC told him just the month before: The growth in black nationalist movements, such as the Black Hebrew Israelites, is “partly in response to the rise of white nationalism.”

On November 13, 2019, Pink published an article analyzing the FBI hate crime data for 2018. The data reportedly showed that, although the total number of hate crimes decreased between 2017 and 2018, the number of violent hate crimes increased. Pink cited an analysis by the Arab American Institute that claims there were 105 violent hate crimes against Jews in 2018, compared to 73 in 2017.

Observing the crime trend in New York City, Pink noted that white nationalists are not the ones committing these violent crimes against Jews:

One exception to the claim that white nationalism is responsible for a rise in violent hate crimes could be found in New York City, the apparent epicenter of anti-Semitic violence in America today. There, most assailants caught on camera appear to be young African-Americans, not white nationalists.

He also reported how Heidi Beirich, the (possibly former) head of the SPLC’s Intelligence Project, explained this:

Black nationalist movements like the Hebrew Israelites and the Nation of Islam, which often have anti-Semitism at their core, have grown three years in a row, partially in response to the parallel growth in white nationalism, Beirich said, citing Southern Poverty Law Center data.

What’s, therefore, the cause of the increase in white nationalism? Trump. Pink summarized that she told him, “President Trump and his anti-immigrant rhetoric bore some of the blame for these trends.”

This is not a new line of reasoning for the SPLC. On February 21, 2018, the SPLC ran a feature on its website the headline, “The Year in Hate: Trump buoyed white supremacists in 2017, sparking backlash among black nationalist groups.”

The SPLC’s Year in Hate and Extremism report identifies 954 hate groups—an increase of 4 percent from 2016. The rise was driven in part by a backlash from the Nation of Islam and other fringe black nationalist groups that see Trump as an avatar of the rising white supremacist movement, a powerful reassertion of the same centuries-old racism that has always fueled their desire to break away from white America.

In the same piece, the SPLC claimed that black hate groups “have always been a reaction to white racism.” To justify this assessment, the SPLC quoted Nation of Islam leader Louis Farrakhan:

Nation of Islam leader Louis Farrakhan blamed Trump for encouraging a “growing sentiment” to “put the Black, the Brown, the Red back in a place they have cut out for us.” His newspaper, The Final Call, wrote that “separation from White America” is the “divine solution” to the rise of white supremacy.

In the more recent February 2019 issue of the SPLC’s Intelligence Report, the SPLC was still blaming Trump for the rise in black nationalist groups:

But at the same time, Trump has energized black nationalist hate groups—typically antisemitic and anti-LGBT organizations—with an increase to 264 from 233 in 2017. Overall, though, the great majority of hate groups are those that despise racial, ethnic or religious minorities and they, unlike black nationalist groups, have a firm foothold in the mainstream.

In fact, even the SPLC’s extremist files page about black nationalists blames Trump for their proliferation in the second sentence of the “top takeaways” about the groups:

Existing black nationalist groups have grown in size and new groups have formed. This growth is a response to the current climate of racial divisiveness, specifically police violence and Donald Trump’s derisive remarks about African Americans, including journalists and NFL players, and majority-black countries.

On the SPLC website is a petition with the headline, “TELL PRESIDENT TRUMP TO TAKE RESPONSIBILITY FOR THE HATE HE’S UNLEASHED.” The SPLC routinely publishes a press release titled “Hate in the White House,” summarizing what the SPLC asserts are “instances of extremism in the Trump administration” during each month. The SPLC recently published leaked emails from White House advisor Stephen Miller and created a petition to demand his removal for supporting what they call white nationalists and white supremacy. Searching for “Trump” returns over 1,936 results on the SPLC website, as of this writing.

As Jews continue to be victimized across the country in violent attacks committed by black criminals, it seems the SPLC will continue to blame Trump as the root cause.

The SPLC did not return multiple requests for comment.