Southern Poverty Law Center Covers Up for An Ally 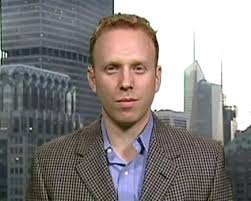 The radical leftists at the Southern Poverty Law Center (SPLC) aren’t known for saying sorry to victims of their vicious smears, so when the group apologizes to some of its victims, there must be a very good reason.

But in a recent case, there seems to be no good reason why the SPLC withdrew a recent article about Kremlin apologist and radical leftist Max Blumenthal, son of Clinton advisor Sid Blumenthal. The SPLC recognized it might be hurting one of its own and backed off accordingly.

Young Blumenthal and the SPLC are ideological soulmates working in the same field: Both disdain criticism of leftist pet policies—like open borders, multiculturalism, or affirmative action—and routinely demonize as racist people who oppose those policies.

Earlier this month the SPLC retracted a published article that did not appear to contain falsehoods. The problem was the piece, in Blumenthal’s eyes, made him look bad because it detailed in a widely-read, influential, progressive forum, the self-styled journalist’s disturbing ties to the Russian government, among other things.

The SPLC’s blog, Hatewatch, which “monitors and exposes the activities of the American radical right,” published an article titled, “The multipolar spin: how fascists operationalize left-wing resentment,” by Alexander Reid Ross, a Ph.D. candidate at Portland State University in the field of geography.

The idea of a “multipolar,” as opposed to a “unipolar” world, i.e. one with only one superpower (the United States), appeals to Russia because it would like to resume empire-building and the U.S. is an obstacle in its path.

Ross’s article placed Blumenthal and several left-wing journalists in the same camp as racists and fascists, portraying them as useful idiots being taken advantage of by the Russian government.

Blumenthal panicked and had his lawyer demand that the article be retracted because he reasoned that it could hurt his standing in the far-left community.

The SPLC, which doesn’t scare easily, backed down almost immediately. “After receiving some concerns about the article from Max Blumenthal that evening, we took it down, pending further review,” the SPLC said in a statement. A few days later on March 14, it caved completely, posting this strangely worded apology:

Shortly after its publication, we received complaints registered by or on behalf of several journalists mentioned in the article that it falsely described one or another of them as white supremacists, fascists, and/or anti-Semites, and falsely accused them of engaging in a conspiracy with the Putin regime to promote such views. Because neither we nor the article’s author intended to make any such accusations, we took it down while we re-examined its contents.

That re-examination has caused us to conclude that, while the intent of the article, which we thought was clear at the time of publication, was to show only that individuals on the left share some policy views with respect to multipolarism that are also held by the far right and/or appear on far-right media and conferences advocating them, the article did not make that point as clearly as it could or should have.

Accordingly, we have decided not to re-post it. In addition, we extend a sincere apology to those who believe they have been falsely described in it, including Max Blumenthal, Ben Norton, Tim Pool, Rania Khalek, and Brian Becker, and disclaim, as clearly as we can, any intention to suggest that any of them are white supremacists, fascists, and/or anti-Semites, that they hold such views, or that they are engaged in a conspiracy with the Russian government to promote such views or otherwise.

Except the SPLC has proven on many occasions that they won’t retract stories or claims simply because someone threatens to sue, or even if someone does sue. So while it’s nice to claim this, they clearly need more than legal threats to retract & apologize[.]

Moving along, Blumenthal is unquestionably a shameless apologist for Russian President Vladimir Putin, but Ross’s SPLC article doesn’t actually come out and say that. Read it for yourself here.

Author Michael Weiss accuses Blumenthal of covering up his connections to fascists and the Kremlin and shutting down his critics.

“Max Blumenthal has tried to silence his critics by pressuring SPLC to remove an article about his alliance with Kremlin-backed fascists. SPLC should be transparent about these ‘concerns'[,]” Weiss tweeted March 10.

Blumenthal’s status as a stooge for the Kremlin became obvious a few years ago.

He does, in fact, have ties to Putin’s regime, as Sam Charles Hamad and Oz Katerji wrote in a scorching expose at Guerilla Wire in August 2017.

As recently as 2012 Blumenthal had been a critic of the sadistic Putin-backed regime of Bashir al-Assad in Syria but by 2016 he had reinvented himself as a booster of the brutal Syrian dictator.

Blumenthal apparently began ingratiating himself with Russia in 2014 when he unfairly claimed that anti-Russian protesters in Ukraine were neo-Nazis and fascists. In December 2015, the Russian government paid to bring Blumenthal to Moscow for a celebration of the 10th anniversary of the Kremlin-controlled propaganda network RT (Russia Today).

The event was attended by Vladimir Putin and, it has since emerged, that Trump’s disgraced National Security Advisor Michael Flynn had received $40,000 for his appearance there.

It is unlikely that a blogger for a marginal leftwing publication would have been paid a similar sum. But Blumenthal was obliging all the same. RT, he said, was providing an “alternative narrative to the drive to war on Syria” (never mind that the “alternative narrative” is a string of falsehood and disinformation).

Weeks later Blumenthal founded something called the Grayzone Project at the leftist commentary website AlterNet. Grayzone soon became “a home for Assad and Kremlin-friendly outcasts from [the] leftwing blogosphere…”

“It is Blumenthal, who with Alternet, has created an effective beachhead in the US for Kremlin propaganda,” the authors write.

In September 2016, Blumenthal wrote two articles attacking the White Helmets, a group of volunteer first responders tending to the wounded during the siege of eastern Aleppo, Syria, that was nominated for the Nobel Peace Prize. Because the White Helmets were calling for a “no-fly zone to end the bombings by the Syrian and Russian air forces,” Blumenthal took it as evidence the group was part of a regime-change effort.

Blumenthal appeared on Tucker Carlson’s Fox News Channel show to defend RT and on Bloggingheads to justify his support for the Russian government as “part of the multipolar world.”

“If you believe in a multipolar world,” Blumenthal said on Bloggingheads, “you believe in détente, you believe in diplomacy.” He also praised the Party for Socialism and Liberation and similar organizations, contending that they “tend to get all the major issues right regardless of their ideology or agenda.”

The thrust of the 2017 Guerilla Wire article, by the way, isn’t dramatically different from that of the article SPLC deleted.

The article by Hamad and Katerji states:

The emergence of this axis presents a case study in the ideological realignments that are being instrumentalized by the Kremlin with fellow travelers on both the left and the far right. Its mercenary character is betrayed by its sloppy methods.

Thus the hateful pattern of the SPLC continues. Last summer, Guidestar announced it would use SPLC’s “hate group list” to help identify questionable nonprofits (that program was ended after a massive backlash). Now the organization is helping YouTube police content. (Ironically, a CRC video criticizing the sometimes hateful nature of identity politics and calling for free speech was temporarily banned from YouTube; it’s unclear whether SPLC contributed to that ban.) With this new scandal, SPLC is maintaining its tradition of ignoring the truth in order to pursue a political objective.

Max Blumenthal’s voice, as distasteful as it may be, is too important to be silenced by the Left.

Even the author of the SPLC article, Alexander Reid Ross, revealed in a series of tweets on March 14 that he is fine with the burying of his otherwise factually accurate article:

My article was vetted by six independent scholars, journalists, and researchers prior to publication, and drew accolades from a number of human rights activists and media professionals. I will say there is one small, incidental error in the piece, that wasn’t malicious at all.

The SPLC is correct that I never called Max, Ben, or Rania a fascist or an antisemite, nor did I insinuate that they’re involved in some obscure conspiracy. In fact, the subtitle of my piece, “How Fascists Operationalize Left Wing Resentment,” suggests exactly the opposite.

It’s a pretty sorry state of affairs when a well-connected journalist threatens legal retaliation against a civil rights media outlet [sic] in order to suppress factual information they find inconvenient.

That’s the SPLC in a nutshell. It doesn’t care about the truth no matter the target. Scholars with sterling reputations such as Ayaan Hirsi Ali and Charles Murray have been explicitly targeted by the SPLC. But, because of their alignment with right-of-center policies, they have not been treated with the same courtesy that the SPLC extended to Mr. Blumenthal. Until the SPLC reconsiders its definition of “white supremacist” or “racist fascist,” the public should question its credibility.