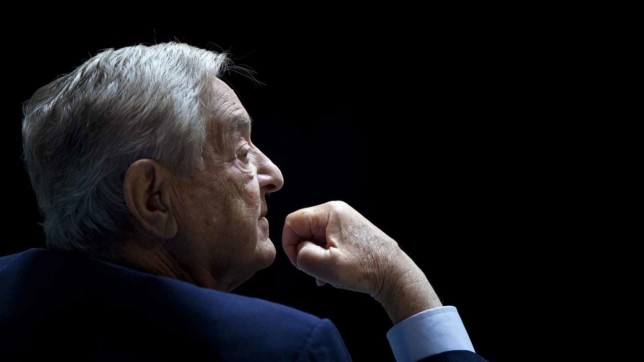 Billionaire left-wing philanthropist George Soros’s funding of left-wing district attorneys is one compelling example: CRC warned of this danger to the justice system in 2019 (as reposted below) and documented some of the disastrous results in January 2022: “Living Room Pundit’s Guide to Soros District Attorneys” also reposted today.

Financier and left-wing philanthropist George Soros contributed large sums to progressive candidates running for district attorney (DA) all around the country, apparently in hopes of changing the law enforcement system at the county or district level.

Since 2015, he has spent more than $17 million on district attorney and other local races in swing states such as Pennsylvania, Virginia, and Arizona, but also in large, predominantly left-of-center states such as California and New York. In 2016, Soros dropped $2,000,000 into a single sheriff race in Maricopa County, Arizona, helping progressive candidate Paul Penzone win the election with ease over longtime incumbent Joe Arpaio. He has given millions of dollars in grants to candidates in several other counties as well.

These huge contributions often make it almost impossible for the other candidates to compete because district attorney elections are on such a small scale and the campaigns typically do not need to raise millions to run local ads and mobilize voters. Constituents are swamped with propaganda, and the opposing conservative candidates are victims of unfair character assassinations, such as defaming them as racists and white supremacists.

This effort has a clear motive, spelled out in a 2014 press release from the American Civil Liberties Union (ACLU) after Soros’s Open Society Foundations contributed $50 million toward the Union’s Campaign to End Mass Incarceration, which is a part of their wider Smart Justice campaign.

In the press release, the ACLU claimed that the protocol on criminal justice has led to the imprisonment of over 2.2 million people since the ’80s and ’90s. The ACLU stated its intention to reform criminal justice policies at the state level in order to cut this number in half by 2020.

It seems that Soros decided his massive donation to the ACLU was not enough and started personally funding county prosecutor races.

Critics of Soros’s efforts have raised the concern that such blind partisan funding can weaken the vetting process regarding the candidates’ characters. Some felt these concerns were documented when Robert Shuler Smith—a district attorney for Hinds County, Mississippi, whom Soros had backed—was tried in criminal court for two counts of suspected conspiracy to hinder prosecution and one count of suspected robbery, among other charges.

As one reporter put it, “This isn’t about either of [the candidates] personally. This is about a man who has no connection to my corner of the world attempting to impose his agenda on a crucial local race without any real understanding of how that will impact the people who have to live with the fallout.”

At the time when Soros was attempting to undercut her campaign, Beth Grossman, the conservative candidate for district attorney of Philadelphia, said, “the role of the DA’s office is not to conduct a grand social experiment, it is to enforce the laws of the commonwealth of Pennsylvania justly and fairly, and to protect the constitutional rights of everybody: victims, witnesses, as well as those accused of crime.”

She subsequently lost to her opponent Larry Krasner, who has been the subject of controversy since taking office. Under Krasner, homicides in Philadelphia have risen by 12 percent.

Soros is not the only billionaire who contributes to elections in support of progressive or conservative candidates. Far from it. Yet a billionaire who puts so much money into elections at such local levels may be unprecedented. The Capital Research Center could not find any other instances in recent electoral history of prominent donors funding dozens of district attorney races in this manner, except for Soros’s own sons.

After Manhattan District Attorney Cy Vance declined to prosecute Harvey Weinstein and it was discovered that Weinstein’s legal team had funded Vance’s campaign, state legislators discussed whether there should be restrictions on funding in these races. But almost no one besides the reporters covering local elections has discussed Soros’s forays into reshaping America’s law enforcement system, county by county.

This article was originally posted on January 18, 2022.