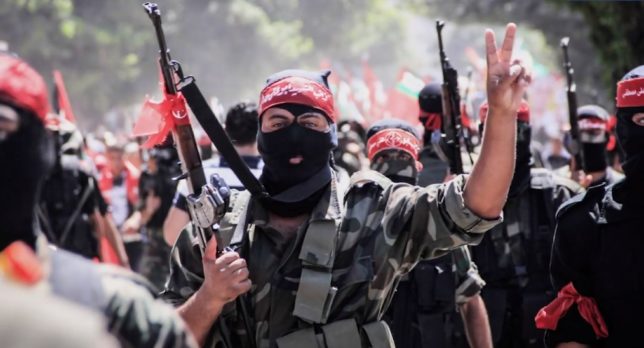 As the U.S. tries to grapple with how—and how much—funding is used to promote anti-American propaganda within the U.S., the Confucius Institutes have attracted an enormous amount of attention. The Confucius Institutes are ostensibly Chinese language and cultural events institutes scattered throughout U.S. on university campuses and even in K–12 schools. They’ve been increasingly deemed influence-peddling operations of the Chinese Communist Party (CCP).

As Secretary of State Mike Pompeo pointed out to students and faculty at the Georgia Institute for Technology in December 2020, the Confucius Institutes illustrate a growing problem: China and other adversarial nations have been paying U.S. universities to push anti-American ideology.  According to Pompeo, the U.S. Department of Education tracked $1.3 billion that U.S. universities received from China since 2013.

The number of Confucius Institutes is shrinking in response to the attention, with the National Association of Scholars noting the over 100 institutes in 2004 will drop to less than 50 by the end of 2021.

But China is hardly the only player on the world stage who is trying to buy a good reputation via the American nonprofit and charitable giving system. Other ideological causes are working just as hard to convince charitable donors and young Americans on college campuses that their work is admirable and should be supported both with word of mouth and open pocketbook.

Popular Front for the Liberation of Palestine

A recent example comes from the Clarion Project, a self-described “non-profit organization dedicated to reducing the threats of extremist groups and individuals who threaten the safety and security of North America.”

In its report “Army of NGOs: Iran-Linked Terror Group Uses Fronts to Operate in America & Europe,” the Clarion Project lays out the case that an Iranian-backed terrorist group Popular Front for the Liberation of Palestine (PFLP) has been using pop-up, fake charitable organizations to scam people into donating to a cause that appears respectable on the surface, but masks terrorist activities condemned by the U.S., Israel, Canada, and the European Union. And PFLP is using college campuses to help sell the message.

The Daily Wire reports that Addameer, a nongovernmental group that has a presence on U.S. college campuses and purportedly works to support captive Palestinian prisoners, is actually steeped heavily in PFLP work through members of its board:

The organization’s activities include providing free legal representation for Palestinian prisoners and detainees—including convicted terrorists—and ensuring that prisoners have rights to medical assistance and education.

[But] some of Addameer’s board members and staff are also connected to the PFLP. For example, the Director of Addameer, Sahar Francis, allegedly has close ties to Ahmad Saadat who was the PFLP’s Secretary-General before he was imprisoned by Israel for killing Israeli citizens and planning the assassination of the Israeli Tourism Minister, Rehavam Zeevi.

Under Addameer, Francis has traveled to U.S. college campuses to give lectures sponsored by campus organizations, including Jewish Voice for Peace and the Students for Justice in Palestine, both of which operate under the purview of progressive politics and have been criticized for alleged anti-Semitic agendas.

The Daily Wire report also lists speaking tours Francis gave in 2013 and 2017, with appearances at the Mosque Foundation in Chicago, San Francisco State University, and the University of California, Irvine. Other stops included Atlanta, Detroit, New York, Philadelphia, and Washington, DC. These events were often co-organized by Jewish campus groups, despite PFLP’s history of anti-Israel terrorism.

This arrangement uses what the U.S. Treasury called in 2018, “fraudulent or sham charitable organizations . . . established with purported charitable aims but [operating] almost solely to facilitate terrorist financing or support for a terrorist group.” Such organizations sell terrorism to America’s youth under the guise of humanitarian work. U.S. legislators should make it a priority to address this form of nonprofit abuse.