Seeing the Statrix: Invisible and Omnipresent 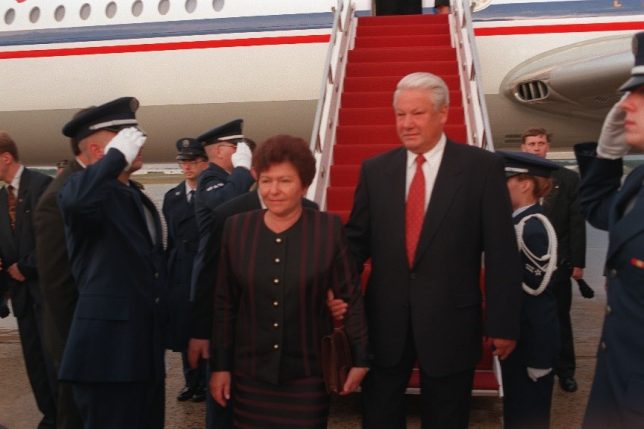 In 1989, future Russian President Boris Yeltsin visited a supermarket outside of Houston, Texas. Having grown up in the Soviet Union, where state-run grocery stores were the norm, the American grocery store shocked him—the thousands of choices, the excellent produce, the ease of service. Unable to comprehend how all of it could be put together, he asked the manager whether he needed a special education to run the store. The normal American grocery store even provided choices that the most powerful people in the USSR lacked. “Even the Politburo doesn’t have this choice. Not even Mr. Gorbachev,” Yeltsin said.

Yeltsin brooded on his visit. The impossible seemed possible. After leaving the store, one biographer wrote that, “for a long time, on the plane to Miami, he sat motionless, his head in his hands. ‘What have they done to our poor people?’ he said after a long silence.” In his autobiography, Yeltsin described the experience as “shattering.”

Yeltsin had a red pill moment in the store. The “red pill” of course refers to the 1999 science fiction film The Matrix, in which taking the red pill allows you to escape an artificial reality and experience the “real” world.

The statrix is the name I’ve given to the web of state-controlled (or state-preferred) services, mandates, tax breaks, subsidies, prohibitions, and other programs that exist all around us. But it’s not just that we’re surrounded by government mandates, services, and programs—which would be a banal observation—it’s that those government actions have reshaped the world in both obvious and subtle ways. Because of that reshaping, we tend to accept the world around us as inevitable, if not desirable. Our imaginations atrophy, and we resign ourselves to the cold, impersonal mundanities of government-provided and -controlled services.

Government programs sometimes enact good ideas. The primary harm of the statrix is not from the government pursuing (and sometimes achieving) better results. The statrix’s primary harm is entrenching institutions in a way that makes correction, evolution, and innovation difficult, if not impossible. Then, not only do those institutions become entrenched in our social and political worlds, but they become entrenched in our minds.

Yeltsin’s experience with American prosperity was not unique for visitors from the Soviet Union. From 1958 to 1988, approximately 50,000 Soviet citizens visited the U.S. through various programs. When they left America, many were profoundly shaken by the prosperity they witnessed. According to one State Department interpreter who would escort Russians around the country:

Their minds were blown by being here. They could not believe there could be such abundance and comfort. Many of them would even disparage things here. “Excess, who needs it,” they would say. However, you could see that they did not believe what they were saying. When they returned home, in their own minds and in the privacy of their own trusted little circle of family and friends, they would tell the truth to themselves or to others.

For those who hadn’t seen or heard about the abundance in America, however, their world was created and defined by what they knew: state-run grocery stores. Yet, slowly, information about the prosperity of the West leaked into Soviet society. Imagination bloomed. Eventually, the Soviet state was no longer tenable, partly because its own people could envision something better.

Lack of imagination is the single biggest obstacle to creating a freer, more prosperous, and more dynamic society. People don’t demand things they’ve never seen, and they certainly don’t demand things they can’t imagine. After all, we’re born into a world that developed through a history in which we didn’t participate. We adjust our lives to the ebbs and flows of that world with due deference to the powers that be and acceptance of things that are out of our control. People pay attention to the services and programs they like and depend on, but they tend not to ruminate on imaginative possibilities.

Which is unfortunate, because everything in the modern world was an “imaginative possibility” before it was created. Some unassuming things, like the modern grocery store, are incredible institutions that depend upon the unlikely confluence of international supply chains, wholesalers, and store managers to produce extraordinary things that we take for granted, such as being able to buy exotic tropical fruit on demand during the winter in Buffalo, New York. As the economist Walter Williams has said (I paraphrase), you don’t tell your grocer when you’re going to show up, what you’re going to buy, or how much you’re going to buy, but if he doesn’t have it, you fire him.

In most of the modern Western world, people have experienced those marvelous grocery stores, so they don’t have to imagine them. If the government tried to take them away, perhaps through a proposal to nationalize food distribution to solve the purported problem of “food deserts,” people would fight to keep them—not out of any principled commitment to free markets and liberty, of course, but out of a desire to keep what works for them.

But what if the government got involved in the grocery business early on? Food, after all, is an essential part of our lives, and politicians often claim a mandate to guarantee important things, such as health care and education. If 100 years ago the government created state-run grocery stores, how would they look? More importantly, would anyone demand non-state-run grocery stores? Likely not.

Are we like Boris Yeltsin? His story is understandable in the context of a controlled, autocratic society like the Soviet Union. It seems like it couldn’t apply to us. Yet, when I first tried Uber, I felt a little like Yeltsin, flummoxed by the ease and convenience of something I’d never imagined before.

Why was I so surprised? How did we get to the point that the most normal and friendly transaction seemed like a subversive act?

In the next installment of Seeing the Statrix, learn the steps that entrench the Statrix in daily life.