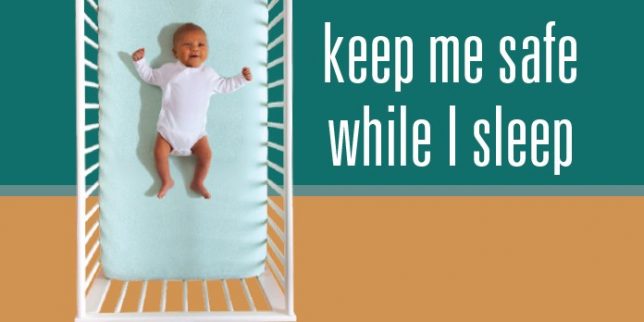 Any mother who has given birth in a hospital anywhere in the U.S. in the past 25 years, has been given “Back to Sleep” or “Sleep Safe” training. Nevertheless, the CDC has reported that as recently as 2015 approximately 3,700 infants died from Sudden Unexpected Infant Death Syndrome (SUIDS). In 43 percent of SUIDS cases, the cause was determined to be the more commonly known Sudden Infant Death Syndrome (SIDS), defined by CDC as “the death of an infant less than 1 year of age that cannot be explained after a thorough investigation is conducted.”

Another 25 percent of SUIDS cases resulted from the accidental suffocation caused when soft bedding covers an infant’s nose and mouth, or when an infant is put to sleep in a bed with an adult who while sleeping rolls on top of or against the infant. In the remaining 32 percent of the SUIDs cases, labeled “unknown,” the causal investigations had not been completed.

Doctors still can’t say for sure what causes SIDS, but the National Institutes of Health reports a dramatic 50 percent reduction in cases during the first five years of the “Back to Sleep” campaign, suggesting that many of past SIDS deaths could very well have been caused by accidental suffocation. Assuming conservatively then, that one-half of the “unknowns” and one-quarter of the SIDS deaths were actually caused by suffocation, that would mean more than 1,900 infants died in 2015 from very preventable causes. As medical experts learn more, that number will likely increase.

In Broward County, Florida, home of Stoneman Douglas High School and ground zero for the “assault weapons” ban, SUIDS cases have been historically high. In response to this unfortunate distinction, Fort Lauderdale Fire and Rescue has teamed up with the non-profit Healthy Mothers, Healthy Babies of Broward County to create a program called Direct On Scene Education (DOSE), which trains all first responders to identify infant safe sleep hazards while responding to emergency and non-emergency calls. If Fire and Rescue personnel encounter an infant or expectant mother, they will quickly perform a “pediatric assessment” and provide a Baby Safe Sleep Kit. Hazards found in the home or in the infant’s sleep space, are identified and removed; family members are educated as to why vigilance regarding an infant’s sleep space is critical. Also, if a crib or other suitable sleep space is lacking, first responders will alert Healthy Mothers, Healthy Babies which provides cribs, sheets, sleep sacks, and pacifiers to needy families at no charge.

DOSE has proved a very popular program and is now being run in seven other states. Its co-founder James Carroll, Captain of Fort Lauderdale Fire and Rescue says he “…hopes that someday it will become a standard of care in all fire departments to understand and recognize safe sleep hazards.”

Sadly, Healthy Mothers, Healthy Babies and similar organizations around the country struggle to raise enough funds to keep up with the demand for cribs. In 2017, the Broward organization ran through its donations before the end of the year; caring staff members then dipped into their own pockets to buy more cribs.

Nearly 4,000 people drown in the United States every year. According to the CDC, drowning is the number one cause of unintentional deaths for children 1 to 4 years old and the number two cause of death for those 5 to 9 years-old. From 2005 to 2009, the rate of unintentional drowning for black and Hispanic Americans was significantly higher than that of whites across all age groups. A 2017 study by the University of Memphis commissioned by the USA Swimming Foundation found that 64 percent of black children and 79 percent of children in families whose annual income is less than $50,000 have “low or no swim ability.”

But there’s a silver lining here; the University of Memphis study also shows a 5 to 10 percent improvement since 2010 in swimming ability for all children in the U.S. This is due in large part to initiatives like USA Swimming Foundation’s Make a Splash, a program “which aims to provide every child in America the opportunity to learn to swim—regardless of race, gender or financial circumstances.” Local Make a Splash providers throughout the country have collectively provided free and reduced-cost swim lessons for nearly 5 million children since 2007.

Of course, swim lessons alone won’t prevent every accidental drowning, but a 2009 “case-control” study funded by the National Institute of Child Health and Human Development found that taking formal swim lessons accounted for an 88 percent reduction in the risk of drowning in children 1 to 4 years old. In May 2017, Michael Bloomberg committed an additional $25 million to his personal philanthropy’s 2012 Drowning Prevention Program, though this funding was earmarked for Bangladesh and the Philippines. At the end of 2016, Make a Splash’s total assets were $36,229; their subsidized swimming lessons cost as little as ten dollars per class.

In the final installment of Saving Lives or Banning Guns?, we explore ways to improve firearm safety without compromising Americans’ Second Amendment rights.