Saving Lives or Banning Guns? Look at the Numbers 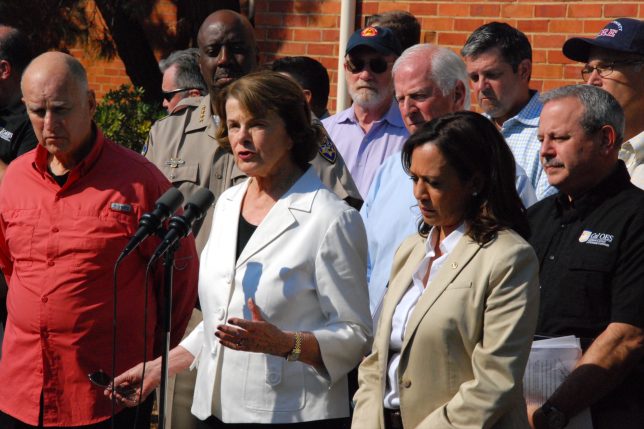 A few days after the ghastly massacre of 26 parishioners at a Baptist church in Sutherland Springs, Texas, on November 5, 2017, Senator Diane Feinstein announced that she and 22 other Senate Democrats were “introducing an updated Assault Weapons Ban for one reason: so that after every mass shooting with a military-style assault weapon, the American people will know that a tool to reduce these massacres is sitting in the Senate, ready for debate and a vote.”

Proponents in the media continue to assign a surreal lethality to the “assault weapon.” In Rolling Stone, Tim Dickinson lamented that while the gun makers have grown richer with an increase in AR-15 sales, “…the mass-market boom of the AR has been horrific for the rest of us.” The Giffords Law Center to Prevent Gun Violence chimed in, declaring that assault weapons “popular among mass shooters…pose a distinct threat to the safety and security of the American people.” And a weepy Jimmy Kimmel told his late-night audience, “Maybe I’m nuts, but I would like to think we could put politics aside and agree that no American citizen needs an M-16 or 10 of them.”

But let’s take a breath and ask a basic question: Do the numbers justify the panic? The gun-controllers’ own go-to source for statistics suggests not: According to the non-profit Gun Violence Archive (GVA), 121 people were killed in 2017 in “mass shootings” with “assault weapons.” GVA defines a mass shooting as “four or more people shot or killed in a single incident, not including the shooter,” and an “assault weapon” as AR-15s, AK-47s, and “All variants defined by law enforcement.” To provide some perspective from the 2015 Unintentional Injury Deaths report of the Centers for Disease Control and Prevention (CDC), 121 Americans die every 22 hours from accidental poisoning, every 29 hours in motor vehicle accidents, and every 32 hours from falls. And yet, there exist no media-driven, ultra-hyped efforts to outlaw household chemicals, cars, or stairs.

Similar in appearance to the U.S. military’s famous M-16 rifle, the semi-automatic AR-15 is scary to many Americans ignorant of its capabilities and actual frequency of use in mass shootings. As Michael Rosenwald pointed out in a 2016 Washington Post essay, “Lost in the diatribes about banning assault weapons is this inconvenient fact: the vast majority of mass shooters use handguns, not assault rifles, in their attacks. That includes Seung-Hui Cho, who used two handguns, including a Glock 19, in 2007 to kill 32 people at Virginia Tech University, the previous worst mass shooting in American history.”

Needless to say, every human life lost to gun violence is a horrible tragedy. But banning “assault weapons” will not necessarily save lives: for those Americans genuinely passionate about reducing preventable deaths—especially of children—here is a short list of unsung charities that will save more lives this year alone than any ban on “assault weapons” would save in the next hundred.

In the next installment of Saving Lives or Banning Guns?, we learn about organizations that are saving children from dying of preventable causes.