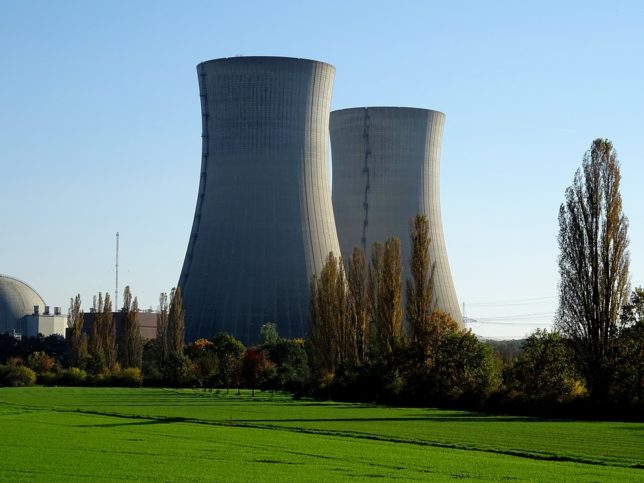 Summary: Most Americans don’t know or understand the importance of the country’s uranium producers, but the health of this industry is vital to ensuring national security because it—along with electric utilities—are responsible for producing as much as one fourth of the nation’s power generation. Depressed uranium markets and careless “environmentally conscious” decisions at the federal level have created a situation that puts the country at a marked disadvantage. The Russian purchase of Uranium One didn’t set off alarm bells in 2010, but it could have dire effects on the nation’s energy supply, the economy, and national security by threatening America’s uranium mining industry.

The purchase in 2010 of Uranium One, a Canadian uranium company operating in the U.S., by ARMZ, a holding company that is part of Rosatom (the Russian State Atomic Energy Corporation), was a coup for Russia in several ways. First and foremost, the “deal” enabled the Russian government (note the word “State” in its name) to partner with a world-class uranium company that already had operations in Australia, Canada, South Africa, United States, and Kazakhstan.

In addition to the breadth of Uranium One worldwide operations, the “deal” enabled ARMZ/Rosatom to step directly into Uranium One’s shoes and gain a valuable seat at the table through their existing membership in the Washington D.C.-based Nuclear Energy Institute (NEI) and the Uranium Producers of America (UPA), headquartered in Santa Fe, New Mexico.

As new NEI and UPA members representing Uranium One, representatives of ARMZ/Rosatom (read: Russian government) were suddenly privy to U.S. nuclear industry strategic information, simply by attending meetings of the two trade associations. Details about the U.S. nuclear power industry’s plans, uranium production, conversion, enrichment, DOE’s stockpiled uranium, and the political back-and-forth negotiation that is an inherent part of shaping legislation, all could now be learned openly by the Russians.

A uranium industry veteran of those forums described how the Russians listened intently to intimate nuclear industry discussions including production curves, prices, cost points, in-situ wellfield information, nuclear utility fuel demand predictions, and issues involving the conversion and enrichment industries. In other words, rather than continue a backdoor program of spying against America’s nuclear industry, Russia simply entered the front door by legitimately purchasing a controlling interest (51.4 percent) in Uranium One.

Uranium One’s new Russian partners received the added bonus of being able to walk the halls of Congress, the Department of Energy, Department of Commerce, and speak openly about the industry with administration officials, congressmen, senators, and staffs in the delegations of all seven uranium-producing states—Arizona , Colorado, Nebraska, New Mexico, Texas, Utah, Wyoming—and perhaps others. This, according to a well-placed American inside source.

Distracting from Russia’s real buyout coup, however, are the hundreds of media reports as well as some “expert” testimonies following the buyout, insisting that “20 percent of America’s uranium was given away” to the Russians, or that Russians absconded with 20 percent of all the uranium in the U.S.

These claims are absolutely wrong. The origin of the give-away probably started with one of the Russians associated with ARMZ. If so, they may have either: misspoken, were misquoted, been mistranslated, or spoken intentionally to mislead. But it was already too late. The media damage was done—supposedly Russia stole 20 percent of America’s uranium!

Somewhere in these license and production figures is the actual 20 percent number, but it has nothing to do with American uranium resource figures which are orders of magnitude larger. This narrative, whether by design or not, was a perfect diversion away from the real facts and fears of what is happening due to the Uranium One “deal.”

In retrospect, that buyout “deal,” ultimately green-lighted by the federal government’s Committee on Foreign Investment in the U.S. (CFIUS), dealt a severe blow to the U.S. domestic uranium mining and to the nuclear power industry because it further discouraged domestic uranium mining and led to processing facilities being idled. The role of CFIUS is an important part of the Uranium One decision, but much of that input is not made public.

What They Gained from Uranium One

The Russians in 2010 finally gained access to the U.S. uranium industry as insiders. Their diligence paid off because they:

However, the bottom line is this: rather than produce their uranium, the Russians may have cleverly chosen to restrict the already limited production on their newly-acquired Uranium One licenses in Wyoming in order to first create a shortfall. They then later could replace that U.S. shortfall with cheaper uranium imports from Kazakhstan at prices that undercut the U.S. Market—easy to do since the Kazakhs are not under the same regulations, restrictions, and rules that govern production in the U.S.

Therefore, it should appear to even the casual observer that the Uranium One buyout was a strategic success for ARMZ/Rosatom, even as a 51.4 percent owner. And it should come as no surprise that in January 2013, Rosatom purchased the remaining 48.6 percent of Uranium One for $1.3 billion dollars. That’s the big story, not the fiction of “the Russians acquiring 20 percent of U.S. uranium resources.” That is also the “uranium art-of-the-deal.”

Russia’s ability to restrict U.S. production from Uranium One licenses and boost imports from Kazakhstan and possibly elsewhere is news—or should be news. This explains why Russia wanted access to Uranium One’s Kazakhstan uranium production assets all along. But, it may have future implications because Uranium One also has holdings in Canada, Australia, and South Africa.

Uranium One operations in Kazakhstan alone account for just over 50 percent of the 50-55 million-pound total (roughly 27 million pounds)—which is over 20 times current U.S. total production. Even more astounding, in 1995, little more than 20 years ago, uranium production in Kazakhstan was almost nothing! Today, it is by far the world’s largest uranium producer!

As in the case of China and rare earths, Russia, with its Kazakh partner, is today well on its way to controlling the global and U.S. uranium markets.

What a pay day for Russia! They gained key intelligence simply by becoming a dues-paying nuclear trade association member, attending nuclear industry forums, and obtaining an intimate understanding of Kazakh production. With that intelligence, the Russians might have planned to drive global prices down with Kazakh production capacity, and eliminate the U.S. uranium production and downstream processing industries within a decade. That seems to be exactly what is happening, punctuated by the lone UF6 conversion facility in Illinois going on standby in November 2017—another cascading casualty of the Russian uranium juggernaut.

In December 2017, Kazakhstan announced a 20 percent cutback in production on the heels of a 10-month shutdown of Macarthur Lake, the world’s largest conventional uranium mine in northern Saskatchewan, owned by Canada’s largest producer, Cameco.[ii] [iii] These actions seem to be an effort to rebalance global production and demand, and global uranium prices initially responded with an increase.

These actions constitute a pay day for Russia because their downstream infrastructure is now in place, with positive results still unfolding Uranium One buyout. These events might remind some that Russian masters are known for their world-class chess playing abilities. In this case, Russia and Kazakhstan are in a power position on the world’s uranium chessboard and the U.S. is, for the present, “in check.”

What the Russians either learned or confirmed at NEI and UPA meetings is that the U.S. uranium miners and nuclear fuel processors were all on the ropes. They also learned that U.S. nuclear power utilities didn’t care much about the viability of the domestic fuel cycle so long as they could continue to buy uranium at depressed prices, as opposed to buying at prices that could sustain domestic production. This attitude is identical to the mindset of supply chain managers of Silicon Valley technology companies regarding access to key rare earths, and the over-reliant import quandary our nation now faces as a result.

The Russians also are well aware that some U.S. uranium conversion is now shuttered and on standby. The White Mesa, Utah facility, a conventional mill, and the seven in situ processing mills are all still operating—a total of eight facilities. However, during the peak uranium production of the 1970s and early 1980s, the U.S. had 26 uranium processing mills operating at various times.

More than anything, Russia uncovered the fragility of the American uranium industry. Seemingly, all Russia now has to do is to convince the Kazakh government to flood the market with cheap subsidized production for a decade or less and voila!—the American uranium industry may no longer be in existence. With Kazakh production and Russian conversion and enrichment dominance globally, Russia would become the OPEC of uranium.

All of this is a great return on the Russian ARMZ/Rosatom purchase of Uranium One, along with the paltry payment of their nuclear trade organization dues. In the end, it is not far-fetched to imagine them approaching U.S. senators and congressmen of other uranium producing states near their existing operations in Wyoming with the greeting: “Good afternoon, comrade. We have just become one of your state’s new uranium producers. Can we talk?”