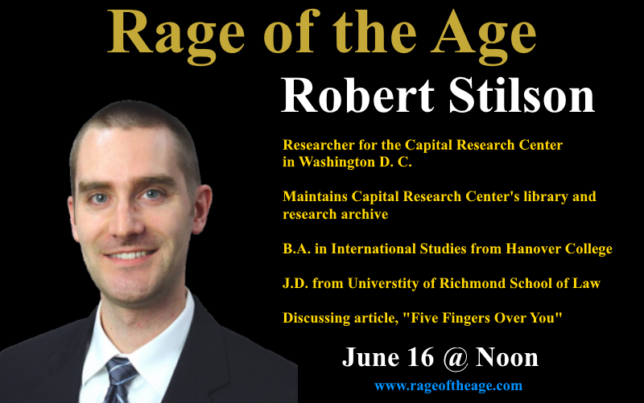 On June 16, Robert Stilson, a researcher for the Capital Research Center, talked with Philip Sharp on the Rage of the Age podcast.

The interview discusses Robert’s book review of Five Fingers over You, a book written by Armin Wegner. Wegner was a committed humanitarian who documented the abuses of the Armenian Genocide and was interned in Nazi concentration camps before being exiled for speaking out against them. This book tells of what Wegner was observing in the Soviet Union in a time that is after the revolution and before the reign of Stalin.

Listen to the podcast here. 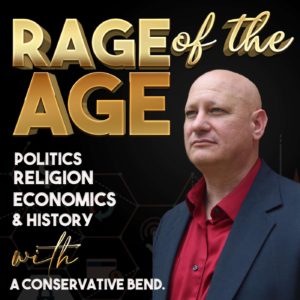