Required Donor Disclosure: A Threat to the First Amendment 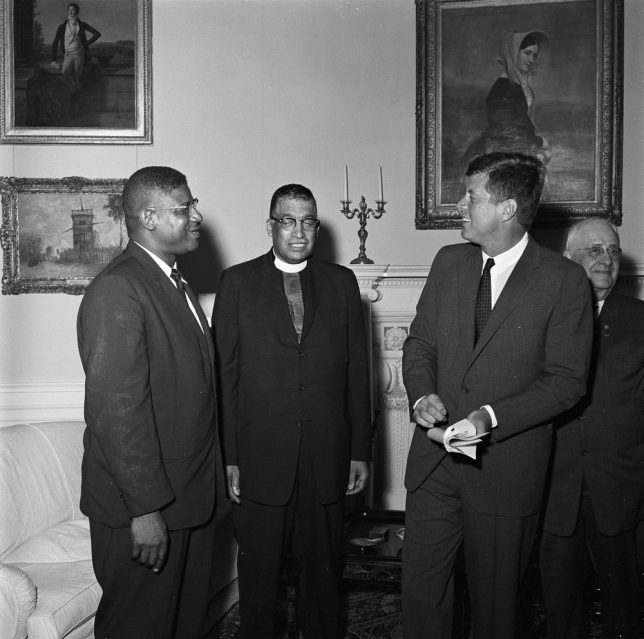 Our democracy depends on vigorous discourse and the free exchange of ideas. The First Amendment guarantees our right to debate and advocate for the causes we choose without reprisal, both as individuals and in groups.

June 30th marked the 60th anniversary of NAACP v. Alabama, the Supreme Court decision protecting citizens’ rights to free association as well as the right to privacy, including in political activity and affiliations.

In the 1950s, the State of Alabama demanded that the National Association for the Advancement of Colored People (NAACP) forfeit its membership roster, citing the foreign corporation registration law as justification for compelled disclosure. A leading organization in the civil rights movement, the NAACP feared the exposure would place its individual members in danger of harassment and intimidation. This was likely the intention of the state, which resisted civil rights advocates and sought to eradicate opposition. For refusing to surrender the member list, the NAACP was held in contempt and issued a fine of $100,000 for noncompliance. In 1958, the Supreme Court decided that Alabama’s original order was unconstitutional because it could deter membership and encourage withdrawal from the NAACP. Therefore the order would stifle freedom of association.

Smith argued that compulsory disclosure “chills” freedom of speech and association. The protestors that periodically appear on TV are a political minority; most Americans prefer to refrain from political engagement. Forced disclosure exacerbates political apathy even more. Without the protection of anonymity, potential activists and donors are disincentivized from participating in politics, largely because of the fear of backlash and retaliation. Few would choose to lose their jobs over their political affiliations. They’ll just leave the civic sphere instead.

Recalling the incident where left-leaning groups boycotted L.L.Bean after discovering Linda Bean, granddaughter of the founder, contributed to right-of-center political campaigns, Smith asked, “How much bravery should we require of people?”

Smith warned that many lawmakers are looking to expand invasive disclosure laws to a new realm: ideas. Meaning, non-profits that educate the public about political issues are the next target. As Smith wrote in the Wall Street Journal:

“Today legislators in at least 24 states have proposed expanding compulsory disclosure to include financial support for think tanks and other nonprofit groups. In other words, organizations like the NAACP.”

In contrast, current FEC commissioner Larry Noble urged the audience to be wary of so-called “dark money.” “Dark money” is the mysterious funding that is funneled from various sources, including 501(c)(3) organizations and individuals, to 501(c)4 social welfare groups and 501(c)6 trade associations. Noble suggested “dark money” threatens the integrity of the political process more than government disclosure mandates do. Noble conceded that “dark money” political contributions may be perfectly legal however; as he exclaimed, “we should know about it!” Smith countered with a statistic that “dark money” accounted for less than 3 percent of total political spending at the federal level in 2016. The Capital Research Center’s own Michael Hartmann found that reactions to the U.S. Supreme Court’s Citizens United are frequently overblown and divorced from reality. If anything, the influx of funds to various nonprofit and political advocacy groups has increased civic engagement.

Noble argued that the right to information is just as integral to the First Amendment as the right to associate freely. Disclosure laws ensure access to information that is important to the political process and the electorate. He went on to explain that the public is entitled to know “who funds our government.” If the government uses a study for policy purposes, the public should know which foundations sponsored that study. As another example, if wealthy donors fund a movement designed to look like a spontaneous burst of grassroots activism, the public should be made aware of this dubious activity. Disclosure laws, he continued to explain, can help combat the threat of homegrown terror and foreign national involvement in U.S. elections.

Noble said that the government only uses disclosure laws to request vital information. But who determines what is vital? In the 1950s, the State of Alabama used an existing law to attempt to shut down the NAACP because the group’s mission was opposed to the state’s policies. Who’s to say similar incidents won’t happen again under the noble-sounding claim, “the public has the right to know”?

Smith concluded, “The anniversary of NAACP v. Alabama is a good occasion to remember that disclosure isn’t always benign and that once the right to privacy of opinion is gone, it may take decades to get back.” Americans value transparency, especially when applied to government. But the standard of “transparency” cannot necessarily be turned on its head for the government’s advantage. Just because the people have the right to hold its lawmakers accountable does not mean those lawmakers now have the power to monitor the people for exercising their rights. As James Madison so astutely observed: I believe there are more instances of the abridgment of the freedom of the people by the gradual and silent encroachment of those in power, than by violent and sudden usurpation.

It will be by holding the line on donor disclosure that Americans and their elected officials protect their civil liberties from gradual and silent encroachments.